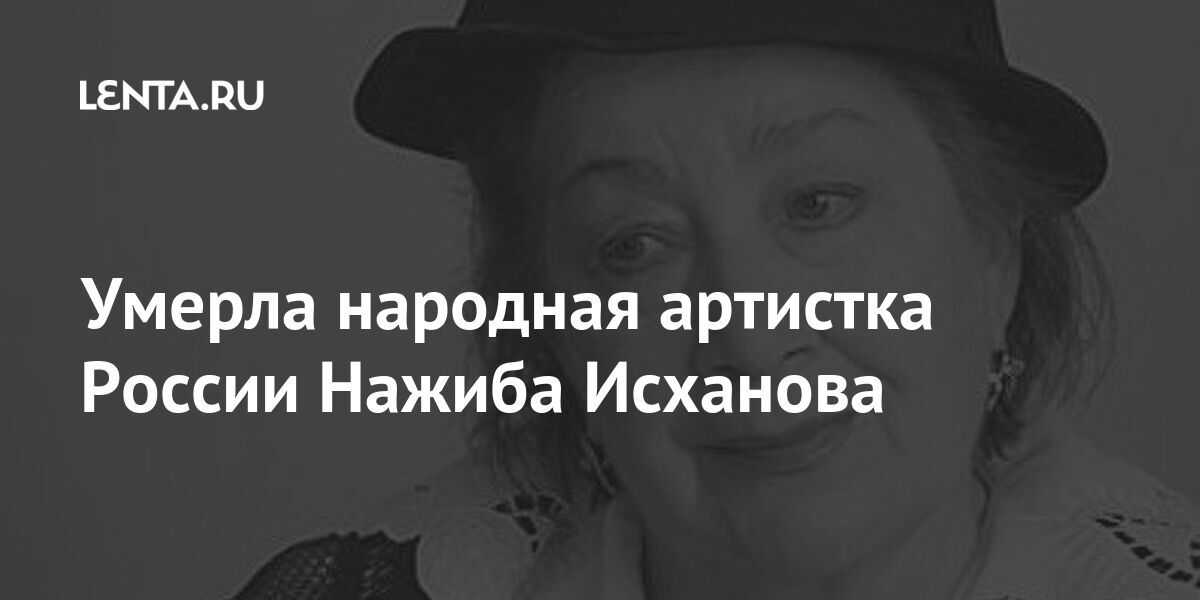 People’s Artist of Russia and Tatarstan Nazhiba Ikhsanova died at the age of 83. This is reported on the site Tatar State Academic Theater named after Galiasgar Kamal, in which the actress served since 1961.

“We sincerely share the pain and bitterness of irreparable loss,” the message says.

Condolences on the death of Ikhsanov were expressed by the President of the Republic Rustam Minnikhanov, reports RIA News… According to him, everyone will remember the artist as a person who made a huge contribution to the development of the national theatrical art of the Tatar people.

Nazhiba Ikhsanova was born on January 25, 1938. In 1961, she graduated from the Shchepkin Higher Theater School in Moscow, after which she was accepted into the troupe of the Tatar Academic Theater.

Earlier it was reported about the death of the People’s Artist of Russia, pop singer Stakhan Rakhimov. He died on March 12 in Moscow, he was 83 years old. The cause of death was not specified.

The Telework Law came into force: in which cases it applies and what can be claimed from companies