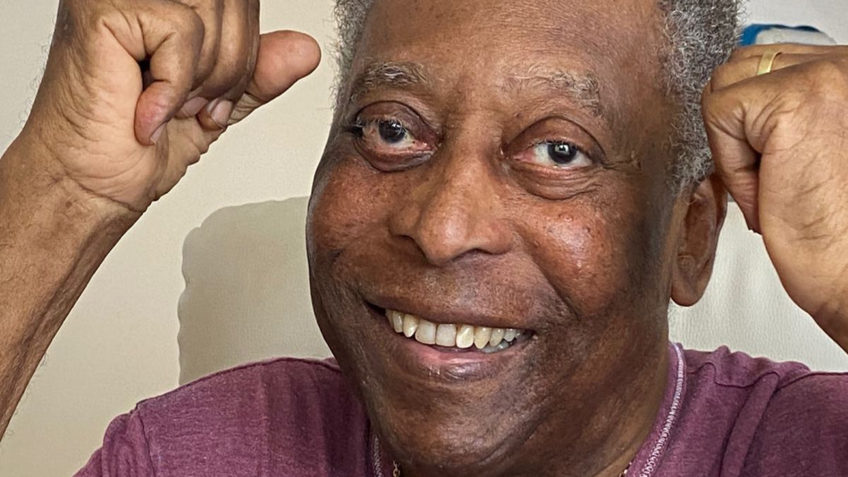 Player was honored with a get well soon message projected on a building in Qatar, host country of the World Cup

A day after being admitted to Hospital Israelita Albert Einstein for reassessment of the chemotherapy treatment of the colon tumor, Pelé thanked the messages of support he has received.

He published his thanks on Thursday night (Dec.1, 2022) on his profile on Instagram🇧🇷

“Friends, I am at the hospital making my monthly visit. It’s always nice to receive positive messages like this. Thanks to Qatar for this tribute, and to everyone who sends me good vibes.”said the King of Football referring to a get well soon message that was projected on a building in Qatar, the country that hosts the current edition of the Football World Cup. 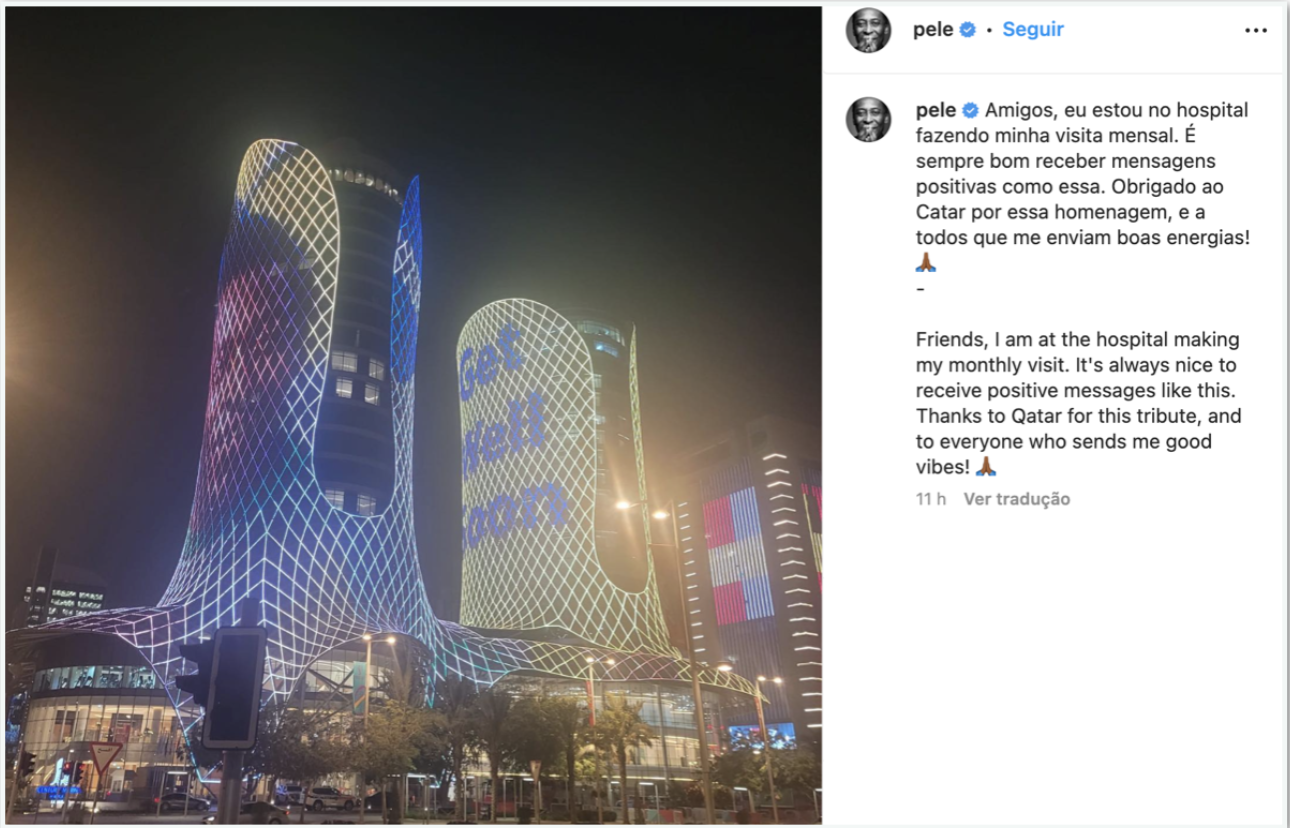 Also on Thursday (1st.Dec), the coach of the Brazilian national team, Tite, expressed his wish that Pelé, 82 years old, recover soon: “We all want to wish Pelé good health. Our largest extraterrestrial representative, who is terrestrial”.

According to a medical bulletin released by Albert Einstein last Wednesday (Nov.30, 2022), Pelé underwent tests that found that he is in full control of his vital functions and has a stable clinical condition. Thus, the King of Football was taken to a common room where he remains under observation.

With information from Brazil Agency🇧🇷