Peering into the abyss 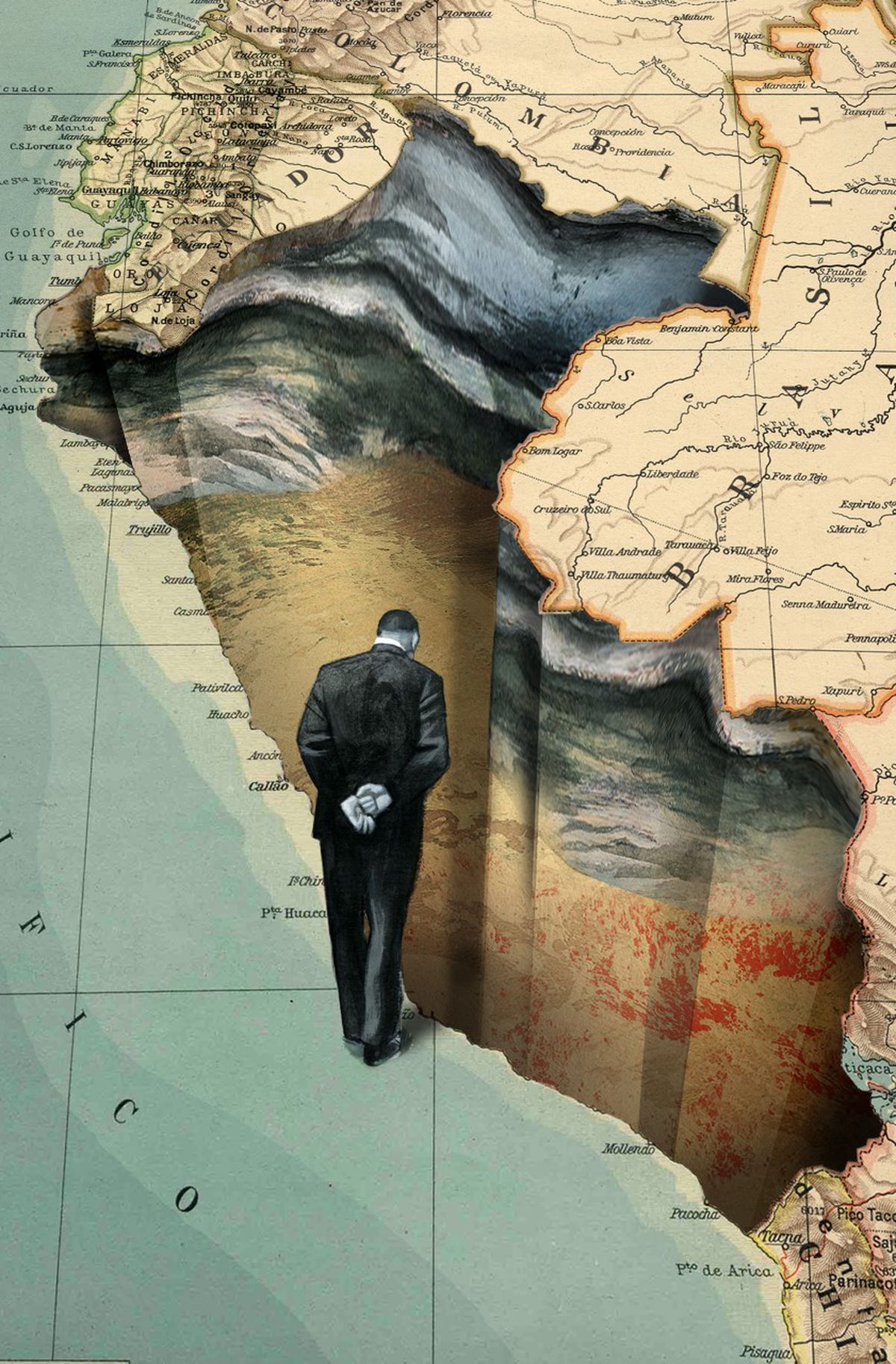 Against all the forecasts of the agencies, among the eighteen candidates for the presidency of Peru, a provincial teacher, a native of Chota, in the interior of Cajamarca, Pedro Castillo, won the first round of the elections and must face in the second and final Keiko Fujimori, the daughter of the dictator, who is currently serving 25 years in prison for crimes committed during the years he was in power. She has promised that, if she wins the election, she will pardon him.

Although this is a surprise for everyone, starting with the Peruvians, it should be noted that only 70% of the Peruvian electorate participated in this first round. Even so, Castillo’s victory is overwhelming, since he has won in many regions of the south, the center and Cajamarca, and will probably have about a third of the national Parliament with the 37 congressmen that he seems to have removed. His victory defeats the most moderate parties on the left, although there are already voices among these forces that come forward to support him.

What are the ideas that Castillo espouses? Quite contradictory, for now, although, as a general rule, from the extreme left in the economic field, and the extreme right in the social field, since it is against gay marriages, sex education in schools and abortion, a field in which fully coincides with the Catholic Church that has recently fought a battle against the attempts of the left and the most progressive center in defense of women and the rights of homosexuals to be considered normal and equal with heterosexuals, something that I have always supported .

What are the ideas that the victorious candidate defends in this first round in the economic field? Those inspired by his two teachers, the Bolivian Evo Morales and the Ecuadorian Rafael Correa, who, as is known, cannot set foot in his country because he would go to jail, where he has been convicted of crimes committed during his presidential term. Evo Morales has rushed to congratulate Castillo and there are rumors that he would have financially supported his candidacy. If he wins the second electoral round, Pedro Castillo intends to establish a “popular economy with markets”, inspired, precisely, by the model of Bolivia and Ecuador (which now, with the presidential victory of Guillermo Lasso, will radically change its orientation towards defense of private property and the opening of markets). The state contracts will be renegotiated, therefore, in Castillo’s opinion, at present “the transnationals keep 70% of the profits and the State only 30%”; under his presidency this proportion will be reversed, the transnationals will only retain 20% and the State the remaining 80%. This means that the “privatizing and exporting capital state will change and will henceforth be a sovereign nationalizing state that strengthens the internal economy by investing its capital in the country.” The companies that do not accept this approach will be nationalized, as well as the main mining, gas, oil and energy centers, since Castillo wants to end national mining, which he considers incompatible with a policy of genuine defense of nature and a social policy progress. The Constitution will be repealed and all international treaties “revised”, so that in the future there will not be in Peru the iniquitous disproportion that “makes an employer earn twenty times what a worker earns.” Companies that resist changing the regime will be nationalized and, depending on the case, their owners will be compensated or not.

It would not take much more to indicate that Pedro Castillo’s Peru will integrate the countries that, following the Government of Mexico, want to resurrect the Puebla group and break with the group called Lima. In other words, it will be traced back to the one inaugurated by Commander Chávez in Venezuela, the Socialism of the XXI century, which has forced more than five million Venezuelans to emigrate to neighboring countries so as not to starve to death.

If this is the society that Pedro Castillo is going to create, it is obvious that it will have all the characteristics of a communist society, at a time when –the Peruvians who voted for him do not seem to have realized it yet– communism has disappeared from the planet, with the most gruesome exceptions, namely Cuba, Venezuela, Nicaragua and North Korea. I have the absolute conviction that if Castillo, with similar ideas, comes to take power in the second electoral round, within a couple of months, there will not be clean elections in Peru again, where, in the future, those will be a parody, such as those that Nicolás Maduro organizes from time to time in Venezuela to justify his unpopular regime. That will probably mean a short-term military coup in Peru, by right-wing soldiers, or leftists in the “Velasquista” way, which, as has always happened in our history, will set the country back barbarically and impoverish it much more than this. Wanting to end mining, which is the wealth of the Peruvian Andes, is an unprecedented recklessness, the daughter of pure ignorance, which would suffocate one of the basic sources of national development.

This peering into the abyss that Pedro Castillo promises the Peruvians, who does he have in charge? To Keiko Fujimori, who until now has defended her father, the former dictator, from whom she was temporarily estranged, but no longer, as she has promised to pardon him if he comes to power. She also participated in a very direct way, benefiting from the dictatorship, and is accused by the judiciary of having profited from the Lava Jato operation, from which she would have received money, for which the judiciary has asked for thirty years for her jail.

Despite this, as those who read this column know all too well and recognize that, ever since Fujimori installed a dictatorship by violating the laws that had brought him to power, I have systematically fought Fujimori, as I have done with all dictatorships. From the left or from the right, I believe that in the elections that are coming — those of the second round — Peruvians should vote for Keiko Fujimori, because she represents the lesser evil and there is, with her in power, more possibilities of saving our democracy , while with Pedro Castillo I do not see any. On condition, of course, that Keiko Fujimori undertakes, in the name of these public freedoms that he claims to defend now, to respect freedom of expression, not to pardon Vladimiro Montesinos, responsible for the worst crimes and robberies of the dictatorship, to not to expel or change the judges and prosecutors of the judicial branch, who in recent times have had such a gallant attitude in defense of democracy and human rights, and, above all, to call elections at the end of their mandate, within five years. If he complies with these obligations, Keiko Fujimori has the unique opportunity to seize power through clean elections and to count on a broad social and popular base to carry out the necessary reforms that will make Peru a fair, free and fair country. modern and give you back the leadership that you once had in Latin America in the past.

It is understood that, fed up with the tricks of the governments they elected, Peruvians have voted as they did, in addition to enduring a pandemic that wreaks havoc and shows in a very vivid way the great inequalities in Peru, which can and should be corrected within free and democratic structures. But the right to vote is not enough, if Peruvians are wrong and vote badly. They already did it in the first round. It is important that they do not duplicate the error.

Comment Petteri Orpo warned the government to “break the corner bolts”, but in fact there is a mistake in the opposition issue