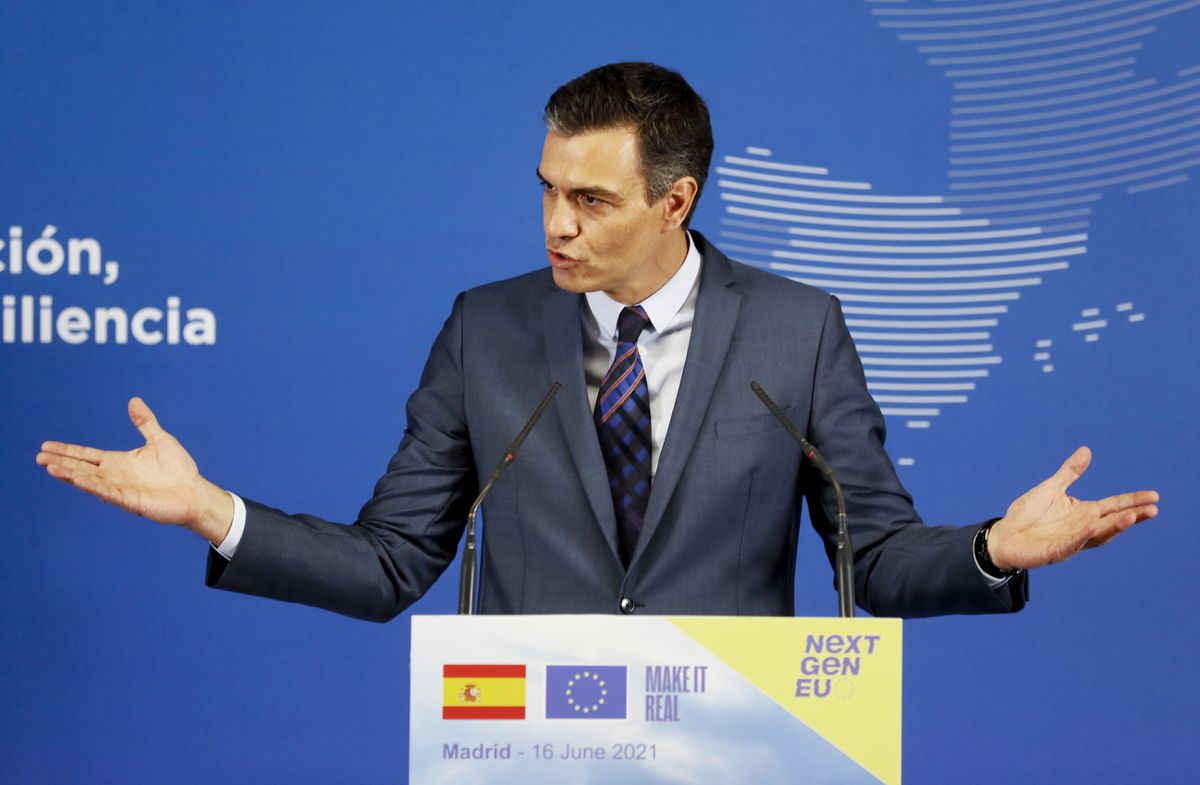 With the arrival of summer, friction within the coalition government increased. The differences between the two souls of the Executive are shown more clearly on account of the rise (or not) of the minimum interprofessional salary (SMI) in 2021. This Wednesday it was the President of the Government, Pedro Sánchez, who has settled what is the priority: creating jobs and consolidating economic reactivation rather than increasing the minimum wage.

“We are going to talk with social agents, with businessmen and unions, but the main objective of the Government of Spain is to consolidate the economic recovery and job creation,” Sánchez assured this Wednesday at a press conference with the president. from the European Commission, Ursula von der Leyen. That is to say, the socialist wing is running around the proposal defended since last year by the economic vice president, Nadia Calviño: we must give time for the recovery to be full before a new advance of the SMI.

When asked about the controversial rise in the SMI, the president of the European Commission added that the important thing is that there is social dialogue. “The optimal way to reach a good, fair and effective minimum wage is through collective bargaining,” said Von der Leyen.

In this way, Sánchez, Calviño and the spokesman minister, María Jesús Montero, have already opened the door for the minimum wage to be frozen this year. Montero did so during the press conference after the Council of Ministers last Tuesday: “We will be able to discuss how it is distributed [la subida del SMI] in 2022 and 2023 or if incorporated in 2021 [una parte]. It is important to reach the commitment that it reaches 60% of the average salary, but also that it is compatible with the generation of employment ”. Thus, it seems clear that the socialist wing opts to keep the SMI at 950 euros in 14 current payments and leave the possible increase for 2022.

The Ministry of Labor, headed by Vice President Yolanda Díaz, is silent. At least until I have the final report from the expert committee. But the position of United We Can in this regard is clear: they defend a rise, as has already happened with the pensions and salaries of civil servants – they had a revaluation of 0.9% -. And they believe that now, with much more favorable economic prospects than last December, it is time to discuss the issue again and that there is progress as soon as possible.

The group of experts was formed by Labor at the beginning of the year to mark the necessary growth of the SMI to reach the goal of 60% of the average salary. The opinion is practically closed: the recommendation is that the minimum wage be raised to a range between 1,012 euros and 1,047 euros in 14 payments between now and 2023, which represents an increase of between 6.5% and 10.2% according to one of the latest drafts of the report. In other words, the SMI would have to be increased between 62 and 97 euros. The increase would imply that between 2017 and 2023 the minimum wage would have improved between 54.5% and 59.8%.

The social agents, for their part, are waiting to know the final document of the group of experts and demand that the possible rise be discussed as soon as possible at the social dialogue table. The unions are betting that it is carried out as soon as possible, if possible retroactively, while the employers are more reticent due to the economic situation. Nothing new. Whether one thing or another comes out may depend on the support and predisposition of the Government, as happened last December. Before starting conversations at the dialogue table, the way is being paved to wait for 2022, although the clash is served.

According to the work of the committee of experts, two routes are proposed for the increases of this legislature: one would consist of concentrating the increases in 2022 and 2023; the other, to do this same year and a small increase, between 12 and 18 euros. The Government will be the one to make the decision, since it can address it unilaterally, although from the first public statements everything indicates that it will wait for next year.

Since 2017, the progress of the SMI has been more than considerable. Spain has gone from being at the bottom of Europe in the minimum wage level to being among the first of the classification. Some increases that have not always had desired effects, according to a study by the Bank of Spain, which estimated that the increase in the minimum wage in 2019 reduced at least 100,000 jobs.