Peat Center President Saarikko in his open letter: “I can’t melt the idea that the domestic form of energy production is being rumbled down” 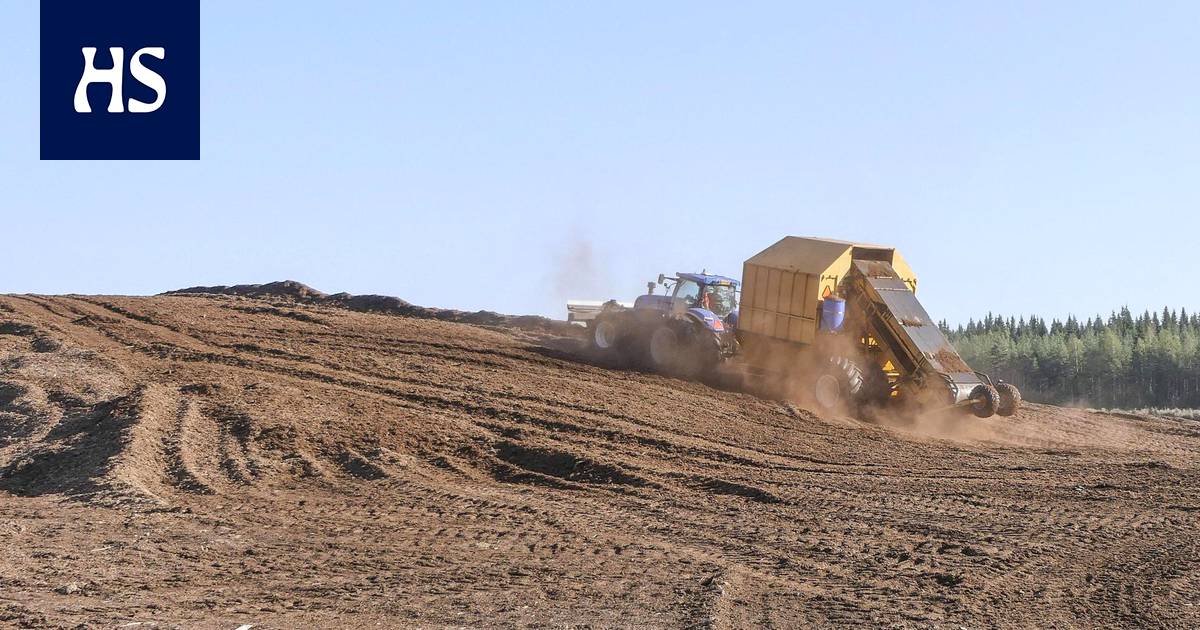 “Too many Finns now feel that our policy is absurd,” says Saarikko.

Peat conversation accelerating ahead of the government’s framework surge next week – especially between downtown and the Greens.

On Sunday, downtown chair Annika Saarikko published a heady peat letter in which he criticized the abandonment of the energy use of peat, which had progressed too quickly. According to Saarikko, its price includes, for example, more expensive heating and the import of growing peat from abroad.

According to Saarikko, the change in peat is now too drastic.

“Does the government that emphasizes social justice really want to next explain to people why the heating bill for a single parent living in an apartment building or a low-income pensioner living in a townhouse is rising? Did we not learn anything about the price of electricity transmission prices? ” the Minister of Science and Culture appeals to his government partners.

“Too many Finns now feel that our policy is absurd,” says Saarikko.

In his letter Saarikko says that the city center itself supports an ambitious climate policy, but doubts whether the people consider it fair.

“Unless we involve Finns, the ambition to fight climate change is just a word on paper,” Saarikko writes.

At the start of the government, it was agreed that the energy use of peat would be at least halved by 2030.

“It simply came to our notice then. The price of emissions trading, the critical debate on peat and the increase in the energy tax have rapidly pushed down the use of peat. Too fast. The goal of halving the energy use of peat is expected to be achieved next year, eight years ahead of schedule, ”Saarikko writes.

Saarikon other jointly agreed objectives, such as security of supply and supply of electricity and heat, controlled transition and regional and social justice, are now at stake.

“A few thousand Finns make their bread from peat. Their affairs must be handled with dignity. If help is not found in EU money as expected, things must be dealt with by our own decision-makers. Security of supply and the peat needs related to the rearing of farm animals and food must also be taken into account, ”Saarikko insists.

“I can’t melt the idea that the domestic form of energy production is being rumbled down while fossil goods are still being imported into our boilers and the growth and litter peat needed by greenhouses and livestock farms has to be looked at from abroad,” Saarikko writes.

According to Saarikko, the working group’s proposals should be taken seriously, but the chairman of the Greens’ parliamentary group Emma Kari said Saturday In an interview with HSthat “such decisions cannot be taken by the government”.

“Abandoning the energy use of peat is an important way to reduce emissions. The climate target is being adhered to, and peat energy combustion is being driven down, ”Kari said.

The Treasury minister Matti Vanhanen (Central) has called for curbing the decommissioning of peat energy use. According to Vanhanen, helping peat producers is “a touchstone for the government, whether there is talk of a fair transition”.

Saturday also chairman of MTK, the Confederation of Agricultural and Forestry Producers Juha Marttila demanded immediate guidelines from the government to rescue the domestic peat industry.

“Uncontrolled downsizing of peat energy use is absurd in terms of security of supply and rural vitality. The cessation of dried peat production will jeopardize animal welfare and a food strategy based on Finnish quality. The depletion of growing peat threatens horticulture and conifer seedling production, ”said Marttila at the MTK-Southern Ostrobothnia spring meeting.

You have to be Joe Biden to do all this