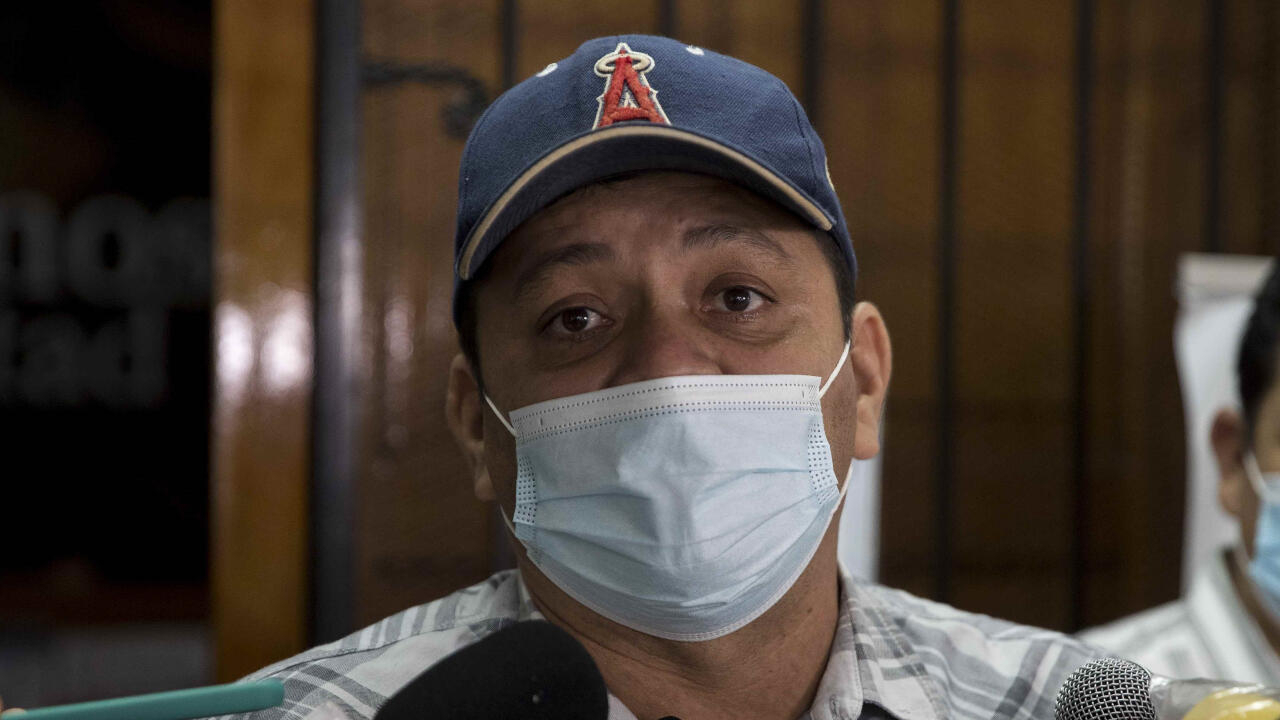 Mairena became the sixth presidential candidate captured in just over a month. Five other opponents were also detained, in the context of the recent wave of arrests of President Daniel Ortega.

On Monday night, six arrests were made of opponents in Nicaragua. The Campesino Movement reported that, along with Medardo Mairena, investigated for “carrying out acts that undermine independence, sovereignty and self-determination,” rural leader Pablo Morales, a substitute deputy of the opposition Constitutionalist Liberal Party, PLC, was also captured. there is no information.

An audio recording was published on Mairena’s Twitter account in which the politician denounced being “kidnapped by the Sandinista Police.”

On the other hand, and for the same charges that Mairena was placed in police custody, the student leader Lesther Alemán, who three years ago stood out for claiming President Ortega during the beginning of the failed national dialogue to overcome the socio-political crisis.

The other detainees are also peasant leaders Pedro Mena and Freddy Navas, and student leader Max Jerez, according to the Police, who detailed charges for allegedly violating the “Law for the Defense of the Rights of the People to Independence, Sovereignty and Self-determination. for Peace “, crimes that are considered treason.

At this time the police of the regime are entering the safe house where I take shelter. Neither repression nor jail will stop the strength of the Nicaraguan public. #Will follow and we will be free because #There is still hope


The peasant citizens were pointed out by the authorities as responsible for the murder of four policemen in 2018, and the students as executors of “robbery with intimidation, kidnappings, serious injuries, rapes, extortion, destruction and multiple damages, during the failed coup attempt “, In that same year.

Back the controversial Amnesty Law

From the Organization of American States, the Secretary General, Luis Almagro called for the release of the leaders.

Inter-American and international communities have a responsibility to protect democracy #Nicaragua. We condemn the tyranny of the Government and demand actions according to the Inter-American Democratic Charter and the human rights system. We demand the release of M. Mairena, F. Navas, PJ Mena, L. Alemán and MI Jerez https://t.co/2gxtOiWOop


And it is that in 2019 the detainees had already received sentences of more than 200 years in prison, but then they were among the more than 600 opponents who benefited from the Amnesty Law, until today.

The supposed benefit was highly criticized because those affected never acknowledged being subjects of crimes; on the contrary, they attributed their processes to retaliation by Ortega against the protests that demanded his departure from power.

The new arrests come four months before the general elections of November 7, in which Ortega is a candidate for a fourth consecutive term; previously, the leader also governed between 1985 and 1990, being the person who has been the longest in the presidential seat in the history of the Central American nation. His wife, Rosario Murillo, has been vice president for two terms.

Repression in the face of the elections in Nicaragua

The Nicaraguan electoral race has been marked by the repression of opponents of the Government with the application of laws that restrict the nomination for political office and external financing; in addition, two political parties lost their legal personality.

Additionally, in what has already become a systematic practice, since May 28 of this year six opposition presidential candidates have been arrested: Cristiana Chamorro, Arturo Cruz, Félix Maradiaga, Juan Sebastián Chamorro, Miguel Mora and now Medardo Mairena, they are accused of alleged treason.

And the list of captured opposition leaders, adding the student and peasant leaders of this Monday, July 6, is completed by two former deputy foreign ministers, two dissident ex-Sandinista guerrillas, a business leader, a banker, a former first lady, five opposition figures. , a journalist, two other student leaders, two former NGO workers, and a driver for the candidate Chamorro.