Pay the occupant to vacate your house 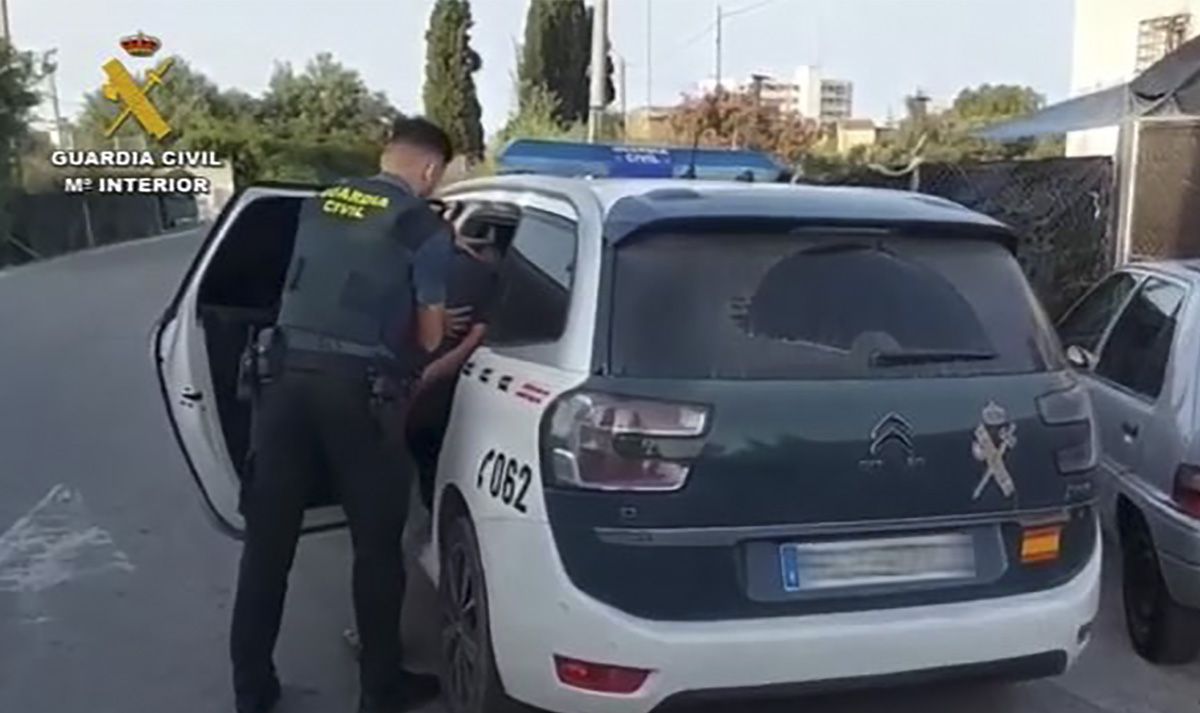 A destroyed apartment, an extortion of 2,100 euros, several threats, anxiety… That is the price that Alfredo, whose name has been changed at his request, had to pay after an organized gang occupied his second residence, an apartment in La Vila Joiosa (Alicante). Owner of a restaurant in San Sebastián de los Reyes (Madrid), he was one of the five victims of a criminal group that changed retail drug trafficking for the occupation of tourist homes with the intention that their owners would pay them to leave. . Police data in Spain shows a slight decrease (4.3%) in complaints of break-ins and usurpation (5,392) in the first four months of the year. The figures do not distinguish between occupying the house, the second residence, or someone entering an empty floor of a bank or a large fork, which is the most common casuistry. “It is easier for your mobile to be stolen than for your house to be occupied,” underlines the head of the Investigating Court 3 of Reus, magistrate Diego Álvarez.

Alfredo’s nightmare began on May 4, when a woman contacted him, asking about a two-bedroom apartment he was renting. He had seen a sign with his mobile number, “to rent the flat for a week”. “He told me that a daughter-in-law of his was going to give birth and that he needed the apartment to house relatives who did not fit in the house,” says the victim. “Since he told me it was for a few days and I was there, we did everything verbally.” They paid him 400 euros in hand, and he gave them the keys. “I didn’t even see his face, because we were still wearing a mask,” he says.

The occupations have been making headlines for years. Police figures point to a 16.7% growth in complaints in 2021. “But of those, most end up filed in criminal proceedings,” says Judge Álvarez. The explanation is that they are not first or second homes for anyone —a crime of trespassing—, but empty flats belonging to banks or large forks, which are investigated by civil law as usurpations. “It is not even a social problem, it is irrelevant in Spain”, insists Álvarez, about the crime of occupation, which protects the right to use housing, and “not property in an abstract way”. “If someone’s house is occupied, something that doesn’t happen, in hours they are out,” he abounds. Only, he repeats, you have to “do things correctly”: denounce the police, tell what happened, prove the property… “And the police can kick those people out,” he says.

For second homes, recent jurisprudence also considers them habitual residence. Again, Álvarez indicates, with a complaint, proof of possession and a speedy trial, the raiders are expelled. Some even leave after being cited by the court. “They don’t want houses from owners, but from banks, because they know that we throw them out very quickly,” Álvarez details, about his experience in the day-to-day life of the Reus courts. In his opinion, the Spanish law is not deficient, on the contrary: “The tools are perfect, we cannot speak of Spain benefiting from the occupation.” But in the social concept of occupation all kinds of cases are mixed: from an occupied second residence, the one who enters a bank apartment, or the tenant who stops paying and stays in the house. Another thing, concedes the magistrate, is the alarm that empty apartments of occupied banks sometimes generate in the neighboring communities.

In Alfredo’s case, the week he rented the apartment he already saw problems coming. The neighbors complained about noise, “fuss”, that they organized “night parties”, shouting… The day they had to leave, they refused to hand over the keys. To the woman who was supposed to pick them up, a man told her “that they had agreed on a year’s rent.” Alfredo then decided to show up at the apartment. “I went with a friend and I couldn’t open the door”, possibly because “there was another key inside the lock”. He rang the bell, no answer, and banged on the door a couple of times. In the end, he opened the door to the partner of the woman who had rented him the apartment, and leader of the gang, and threatened him: “He told me that he was going to break my legs and that he was going to burn the apartment if I didn’t let them in.” peace”. Alfredo immediately went to the Civil Guard and denounced for “usurpation and threats”.

A month later, on June 10, the trial was held in Alicante. When leaving, explains Alfredo, the leader of the gang asked her for 2,100 euros, the amount that she had declared before the judge that they paid as bail, to give her the keys back the next day. The lawyer advised Alfredo to accept so as not to prolong the litigation and he looked for a couple of escorts to recover his property. “The couple was waiting for me with some plastic bags in which they had put their things, I paid them what was agreed and they left.” When he entered the house, he found it in a wreck. In total, an account to pay of 6,000 euros between extortion, the lawyer, trips, repairing the apartment…

The Civil Guard knew Alfredo’s false tenants firsthand. It was an organized gang that had repeated the modus operandi in four more properties, three apartments and a chalet, all of them in La Vila Joiosa, an important tourist focus in Alicante, near Benidorm. They negotiated a rent without documents or receipts, and when they had to leave, they threatened to destroy the house. “There is no record of more cases of occupation of tourist apartments and second homes in the area,” says Corporal Manuel Campos, head of the investigation, “but the feeling is that it may be happening in more places.” The investigation resulted in six arrests. The ringleader, her partner, a brother-in-law and his wife entered prison.

Guillermo López’s apartment was occupied in a state of alarm. The week of March 15, 2020 —in which the Government decreed confinement due to the covid-19 pandemic— a young woman in her 30s rented the property located in the Madrid neighborhood of Lavapiés. Although the reservation was for a week, the girl did not leave the apartment until October 4, more than two years later, and in exchange for 1,000 euros. She “she stopped paying in the second week. And I am not a speculator, I rented to be able to live”, laments López by phone.

See also  The wives of the Azov regiment see Pope Francis: "We asked him to meet Putin and help us save our husbands"

The owner, 48 years old and a native of Almería, had lived in Madrid since he was 18. Shortly after arriving in the capital he bought this small attic where he lived for 20 years. But the precariousness of his work and the high cost of living in the metropolis forced him to leave his home. In 2018, he moved to a house in Almeria owned by his family, and posted an ad for his penthouse on the Airbnb leasing platform. The income that he obtained from his rent allowed him to achieve economic stability that he once did not have.

“I told him that I was going bankrupt, that I had to rent the flat in order to survive. She said that she was going to pay me, but she never did, ”says López. The occupation not only meant a loss of income, but also the impossibility of using her flat. “She needed it to be able to work when she had to travel for an event,” says López. In addition, she had to pay the costs derived from the occupation: electricity, water, gas… “I almost couldn’t put on the heating and she spent gas to the max”, the tenant complains.

The day the young woman stayed, the neighbor of the floor – in charge of opening the door to those who rented the property – warned López of the amount of personal belongings that the tenant brought with her and, therefore, she suspects that the young woman rented the attic with the idea of ​​staying: “The girl knew what she was coming for”. A few days later, the owner of the penthouse resorted to a lawyer who discouraged him from filing a complaint, arguing that the judicial process, which is carried out by civil means, could take up to three years. After two dozen months, as a result of “desperation” —says the owner— he ended up paying “about 1,000 euros” to the tenant to leave, continues López. “But if you give him the money and he sues you for extortion, you will be hair can fall out,” he warns.

Sports programming for this Saturday, August 27