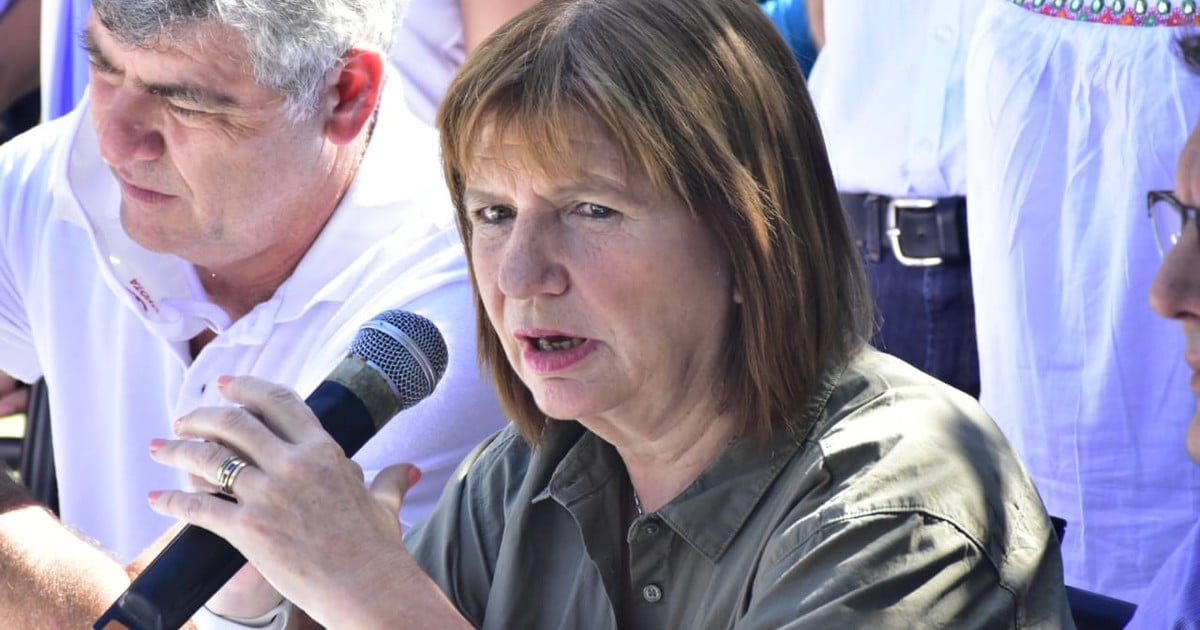 The president of the PRO, Patricia Bullrich, will present this Monday an amparo action against the new restrictions imposed by the Government, especially the closure of schools, amid the second wave of coronavirus.

Bullrich will appear before the Justice as president of her party, invoking article 38 of the National Constitution that declares political parties “fundamental institutions of the democratic system” to safeguard the representative, republican and federal government system.

The leader, who had already protested against the government’s restrictions in front of Quinta de Olivos, pointed to the President’s DNU and criticized that it had not passed through Congress. In that sense, he indicated that it was in session even during Holy Week and the Jewish Passover to sanction a reform of the income tax and that “nothing would have prevented me from doing it also for this matter”.

In any case, he clarified that not even a law of Congress could advance on “constitutional guarantees, such as the right to transit, work, trade and exercise any legal industry, the right to teach and learn or freely exercise their worship”, all of them protected by article 14 of the Constitution.

In addition, the former Minister of Security of Mauricio Macri emphasized improvisation and the lack of vaccines: “There are multiple vaccines from different countries that the government has not acquired, in some cases for suspicious reasons“And he added that while other countries are advancing with vaccination at a good pace, Argentina vaccinated at a” very low “rate.

The protection of Patricia Bullrich maintains that to restrict guarantees such as those that the DNU intends to curtail, it would be necessary to declare a “State of Siege”, with the intervention of Congress, but that for that there would have to be a situation of internal commotion, that in the Argentina does not exist.

On the contrary, Bullrich points out that “there is no agitation, it is not proven that the forces of order have been overwhelmed and, on the other hand, the public has complied in an exemplary manner with the protocols established by the Government. “

The presentation assures that the “constitutional right” to work and exercise any licit industry with the requirements of the operation of shops and industries exclusively until 7:00 p.m. And it specifies that in the case of supermarkets, “the reduction in hours will only achieve that a greater volume of public is agglutinated in a strip of shorter time “.

Patricia Bullrich, in the cacerolazo in front of the Quinta de Olivos. Photo: Twitter

The letter summarizes statistics according to which, since the quarantines began, more than two million jobs were lost and that the Executive Power cannot “in a careless and irresponsible way” close activities to which it attributes the increases in Covid cases without scientific evidence to support those assertions.

“It seems clear that it is too easy for the national authority to ruin the lives of others with a few signatures. And that is precisely what cannot happen, because when something like this happens, it is a sign that the people are defenseless against the despotism of the government. power exacerbated and out of orbit “.

Regarding the closure of schools, Bullrich recalled that by way of the Federal Council of Education Protocols had been established and were being followed “to the letter.” On the other hand, he claims that the “World Health Organization itself recommended continuing with face-to-face classes.”

The writing ends with a “colophon” that contains some paragraphs of Albert Camus in his work “The plague” and points out that “the conclusion that emerges from the novel is that the effects of authoritarianism were the true plague that was crushing the settlers.”