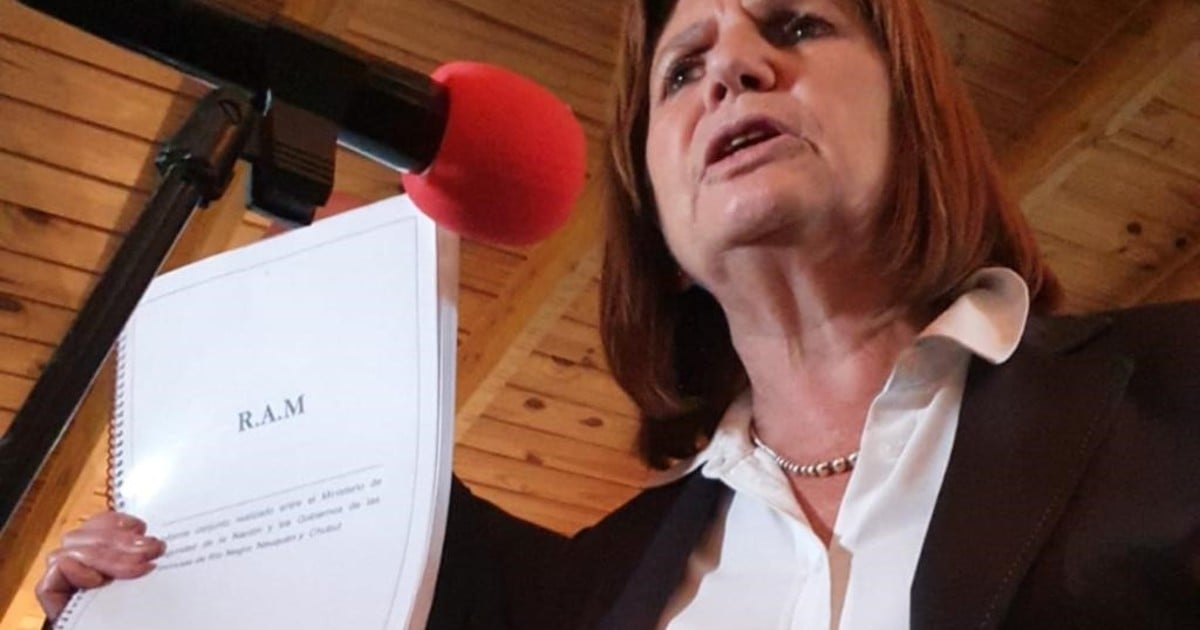 The president of the PRO, Patricia Bullrich, launched in Bariloche a territorial “anti-takeover” movement, to end the violence of supposedly groups linked to Mapuche communities, who take land and burn houses in Patagonia.

“We hear the shocking stories of more than 50 victims of the violent actions of RAM (Ancestral Mapuche Resistance). Meanwhile, the Government looks the other way. The impunity of these extreme violence groups must end,” harangued the former Minister of Security macrista management, during the First Congress for Peace, Justice and the end of Extreme Violence in Patagonia.

“Here we are fighting against a political adversary who does not know the Argentine citizen at work. We cannot reward those who want to take the land by force and generate the pain of hundreds of families. We are going to work together with the Patagonians,” added Bullrich, in the meeting that took place at the Tom Wesley brewery, in a tourist complex in western Bariloche, under police custody, according to the Río Negro newspaper.

TOllí the residents of Villa Mascardi and of different towns of Río Negro, Neuquén and Chubut raised their situations As victims of acts of violence attributed to the RAM organization, they delivered documentation of the complaints filed before the Justice and demanded support from the leadership of Together for Change, which accompanied the presentation by Patricia Bullrich.

Rafael, a retired teacher from El Maitén assured that “the pseudo Mapuches generate a series of violent episodes”, Among those he mentioned the burning of a truck, five stalls in a ranch, the terminal of the Trocha Angosta train “and a warehouse, where five tractors and two machinery used by the fruit companies were destroyed.” In addition to the impossibility of inaugurating a 350-meter shelter that they had built in Cerro Azul, “which has already been destroyed,” the neighbor of El Maitén said tearfully.

The affected complainants denounced the existence of a “systematic plan of occupations” where the laws are distorted, “while the federal courts are conspicuous by their absence.”

“These people want to run from our lands and keep them, using violence. We are living through an ordeal. They shoot us, stone us and set fire to our cars and properties, ”said another of the neighbors.

Bullrich concluded by stating that “we take this cause as a very deep cause. We have come to listen to you because we want to turn this reality around. That is why we have to create an anti-seizure movement, bring together all the people who are victims of this and who have the force of legal instruments, political support to live in a normal country, where whoever has a house is not afraid of being taken away. overturn, destroy or burn. This act is the beginning of a great patriotic movement in Patagonia. I am sure that those compatriots will value and use this resource well ”.

Along with Bullrich were the deputies Waldo Wolff, Fernando Iglesias, Nacho Torrres, Tito Stefani and Pablo Torello, as well as the former deputy Sergio Wisky, the lawyer Nicolás Suárez Colman, the leader Florencia Arietto and the provincial deputies of Rio Negro, Juan Martin, and from Neuquén, Leticia Esteves; the presidents of PRO Rio Negro, Aníbal Tortoriello and of Neuquén, Marcelo Bermúdez, among others.

Before the act against violence in Patagonia, Santiago Maldonado’s brother led an escrache against Patricia Bullrich, in a hotel in downtown Bariloche. After the escrache, Bullrich continued with his activities, including a meeting of the PRO Provincial Congress and the presentation of his book “Guerra Sin Cuartel”, where he reviews his performance as Minister of National Security, showing his vision on the fight against drug trafficking, the Santiago Maldonado case, the G20 and the barrabravas.