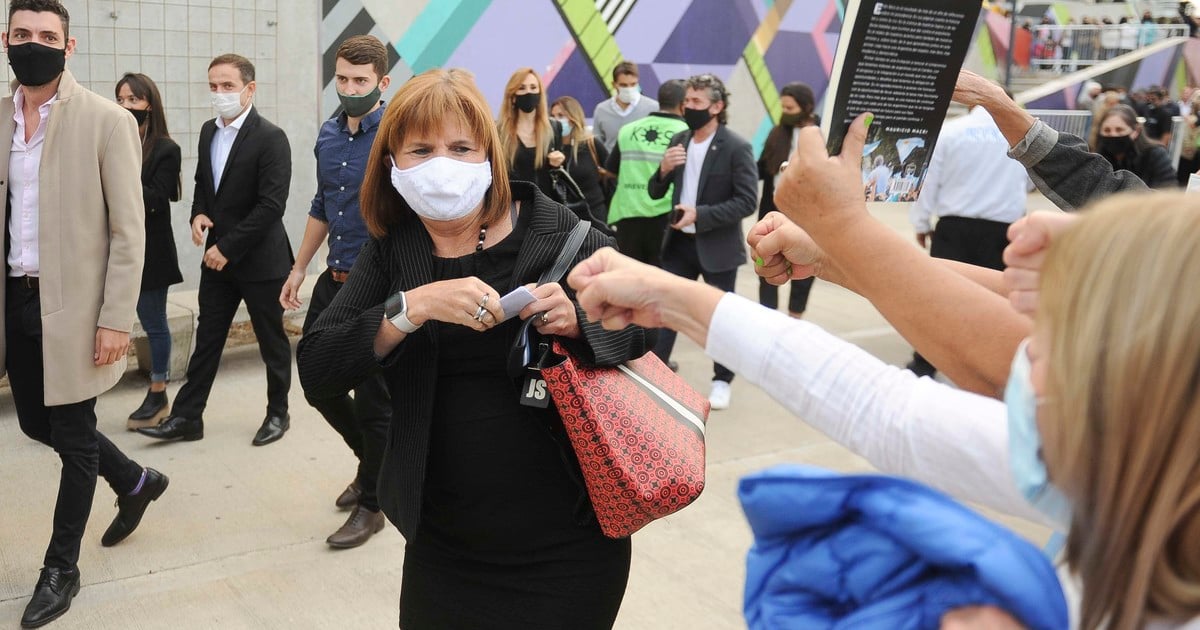 After having participated in the cacerolazo at the door of Quinta de Olivos after the presidential announcement of the suspension of classes, Patricia Bullrich was the target of criticism from President Alberto Fernández, when he said: “I have seen it end at sunset” . This Saturday, the president of PRO came out to answer him and, in addition, he said that the Minister of Education Nicolás Trotta and the Minister of Health Carla Vizzotti they should have quit.

Bullrich stressed that Quinta de Olivos is not Alberto Fernández’s house, after the president affirmed that they were going to the house to protest. “That the president do not confuse the public with the private. No one went to insult the President, or spit on the Police. In my capacity as Minister of Security I would never do such a thing. It is an invention like that of the chinstraps. The President receives a comment from someone who did not study, who does not know. What was in Olivos was a lot of anguish, It was a very exciting moment and I tried to maintain social distance “, said Patricia Bullrich in dialogue with” Saturday very early “radio Miter.

In turn, the PRO head also responded to the President that he had said: “I have seen it run through many places, and I have seen it end at sunset, in the place where it is now.”

“That he talks about places is disrespectful. He was the one who called his current vice president murderer, thiefHe told him everything and agreed to be President. What he said seems absolutely out of place, “Bullrich said, adding:” I feel like I’m in the best place I could be. I left the place of authoritarianism, that Taliban Kirchnerism, Authoritarian, Corrupt and I left long before. I am very happy to have chosen the path of the republic and democracy. ”

On the other hand, in reference to the change in the government’s position on the presence of the classes, he pointed to the ministers who had defended the presence and hours later they were unauthorized by the presidential message.

“It is a government that does not have dialogue among itself, not only with us. The President wanted to have an authority that he lost, he is a president without authority, without credibility. The moment in which he had a certain authority was on March 20, 2020, when he came out with slides to say that he was going to surround the whole country and for a year he repeated that the only thing that mattered to him was health, he ended up with a destroyed health, a destroyed education and a destroyed economy. For personal dignity Trotta should have resigned and Minister Vizzotti also“.

On the protests and complaints in the AMBA, Bullrich reflected: “The reaction is as strong as the exhaustion that society has. That exhaustion was the policy dictated by the President, who did not understand that a society cannot be locked up for a year. “

Tsitsipas go up to the Monte Carlo final in 69 minutes