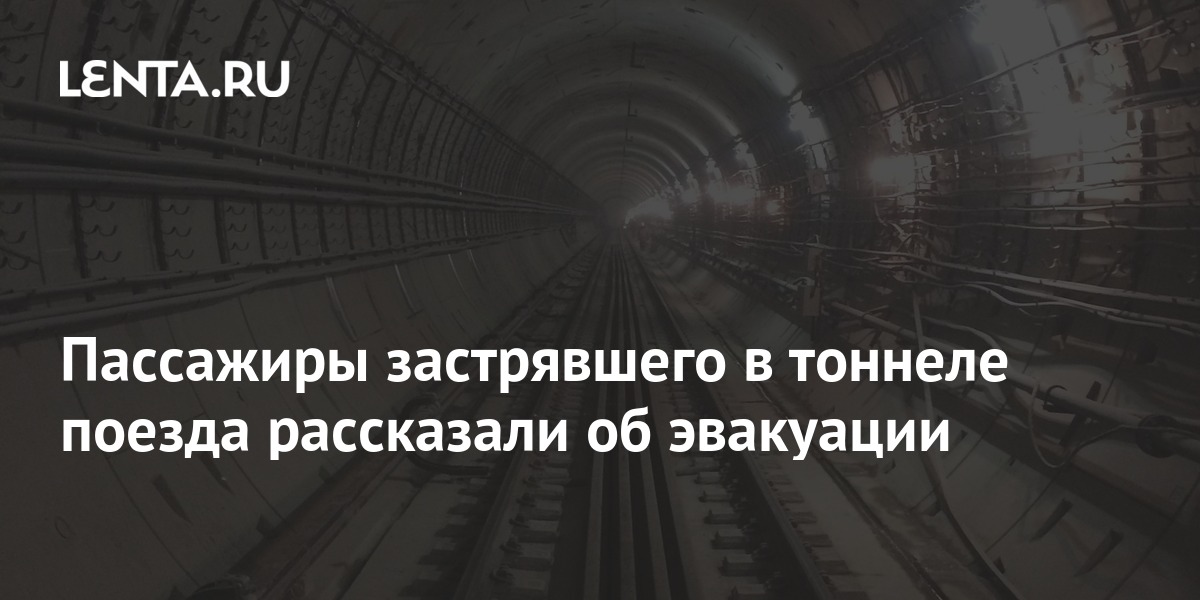 Passengers of the train, stuck in the tunnel between the stations “Parnas” and “Prospect Prosvescheniya”, told about the situation in the cars and the evacuation. Their words are quoted by “KP-Petersburg”.

Anton Kalinichev noted that the loudspeaker driver explained that there is no voltage on the contact rail. The lights in the carriages were dimmed, it was “stuffy, but bearable.” The man noted that there was no panic, the passengers went about their business. According to an eyewitness, people began to evacuate through the doors in the first carriage, passengers from the latter passed through the entire train to get to the tracks. He also added that the journey to the station took only a few minutes.

As the passenger Ekaterina shared, one elderly woman became ill while waiting in the car and she lost consciousness. “Everyone approached her, provided assistance, until the very evacuation there were caring young people with her. The woman was brought to her senses, given water and fanned with papers to keep it cool, ”she said. Catherine also noted
that most of all the situation caused discomfort to a pregnant woman who wanted to use the toilet. However, the train driver asked her to be patient.

Earlier it became known that in St. Petersburg there was a failure on the second line of the metro. People spent an hour and a half in the carriages. After that they were evacuated on foot through the tunnel to the Parnas station. The Ministry of Emergency Situations and several ambulances were waiting for the passengers.