Passenger trying to storm the cockpit of an American plane 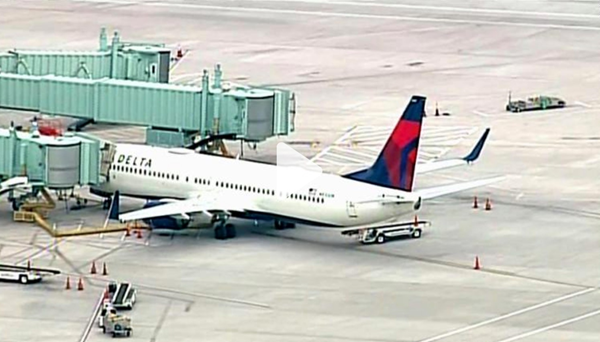 Witnesses reported that a passenger on a Delta flight attempted to storm the cockpit before being confronted by passengers and crew members who succeeded in immobilizing him.
A Delta flight from Los Angeles to Nashville was forced to make an emergency landing in Albuquerque, New Mexico, where the man was pulled from the plane and his hands and feet tied.
The man repeatedly yelled “Stop this plane” as he was thrown to the ground in front of the cockpit, according to a mobile phone camera video.
A passenger on the plane, who did not identify himself, told CNN that the man “suddenly got up without warning, rushed into the cockpit and started knocking on the door.”
Another passenger, Jessica Robertson, described the scene as “terrifying”, but praised the flight attendants’ quick reaction.
The Albuquerque FBI confirmed on Twitter that it had responded to the incident.
In a statement to US media, Delta expressed its “thanks to the crew and passengers of Delta Flight 386 (…) who helped arrest one of the rioting passengers.”
“The plane landed without any incident, and the passenger was transferred by law enforcement authorities,” she added.
The remaining passengers spent five hours in Albuquerque, before another plane took them to Nashville.