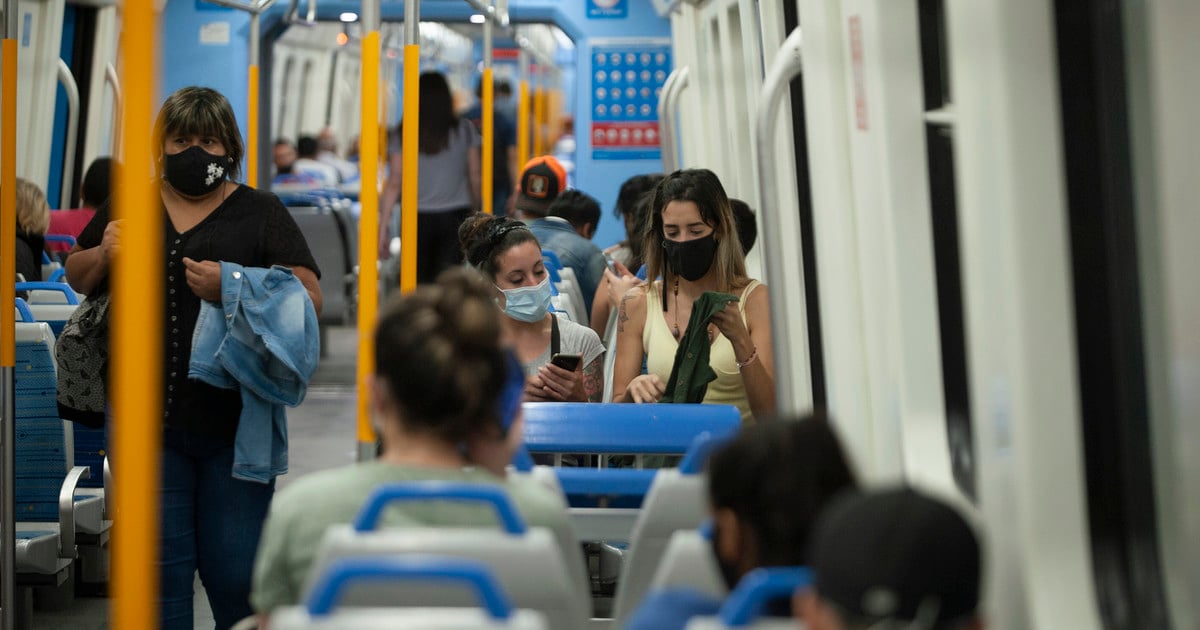 The Ministry of Transport reported on a decrease in users of public transport in the Metropolitan Area of ​​Buenos Aires (AMBA) in the days after the presidential announcement on the prohibition of driving after 20 hours.

According to a statement from the portfolio, this Friday During the time slot from 20 to 00 hours, 151,740 people circulated, which represents a 43% drop versus those who had used them the previous Friday (267,971).

They also reported that this Saturday 1,259,009 people circulated in public transport, 53% reduction compared to the average of those who used public transport on business days prior to isolation (4,242,450).

Report of the Ministry of Transportation of the Nation.

The statement also reported that this week there was a reduction of 173,689 passengers compared to the average with the previous week, which is 7% less.

As reported, the survey is carried out through the monitoring of SUBE cards in buses, trains and subways.