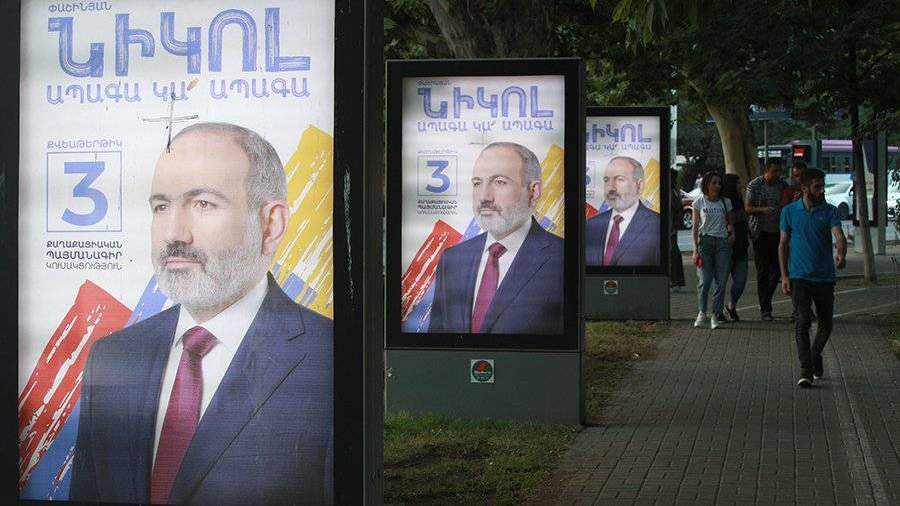 The party of the Acting Prime Minister of Armenia Nikol Pashinyan “Civil Contract” became the leader according to the results of the electronic voting in the elections to the Parliament of the Republic. On Sunday, June 20, reports ArmeniaSputnik…

“500 people out of 650 included in the list took part in the last electronic voting. 163 people voted for the “Civil Contract” party, ”said CEC Chairman Tigran Mukuchyan.

Employees of diplomatic missions and members of their families living abroad, as well as the military, have the right to vote in electronic format. In total, 2.5 million Armenians can take part in the voting. According to the Central Election Committee of Armenia, it became known that the turnout was 49.9%.

The entry barrier for party blocs is 7%, for parties – 5%. There is no turnout threshold, and the election procedure was held according to a 100% proportional system and exclusively on the territory of Armenia. Exit polls were not carried out during the elections.

On May 10, Armenian President Armen Sarkissian signed a decree calling for early parliamentary elections in the country. On the same day, the deputies of parliament for the second time did not elect the only candidate for the post of prime minister of the country – Nikol Pashinyan. According to the constitution of the republic, if the parliament does not elect a prime minister twice in a row, then it must be dissolved.

On April 25, Pashinyan resigned as Prime Minister of Armenia for early parliamentary elections. The country’s government resigned after him. The politician announced his resignation in mid-April against the backdrop of numerous protests in the country.