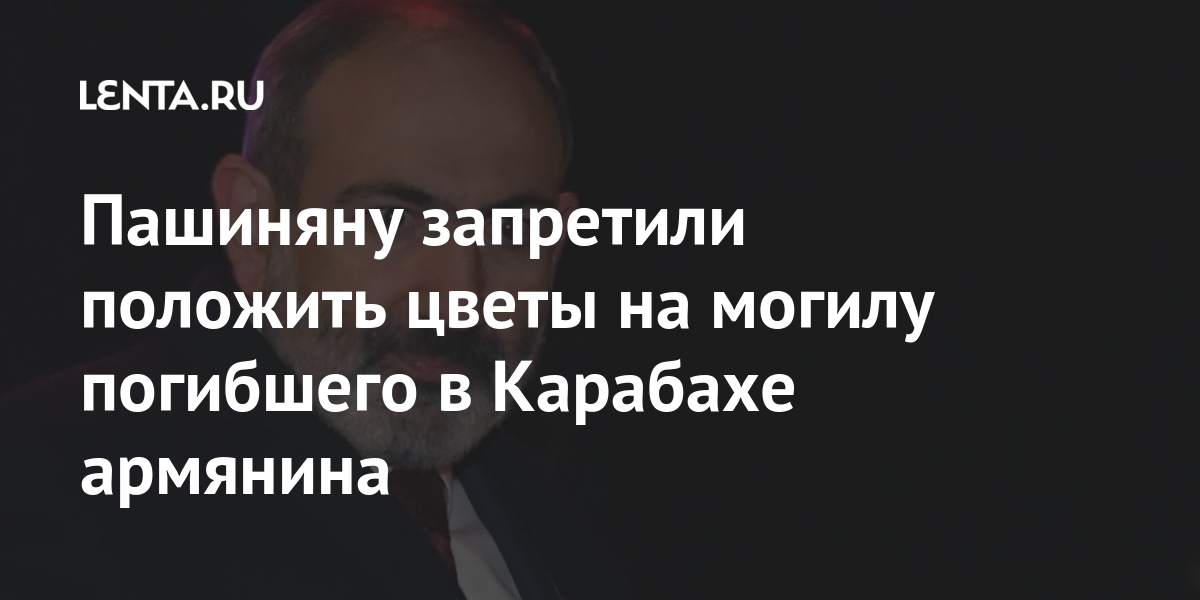 A resident of a village in the Vayots Dzor region of Armenia did not allow Prime Minister Nikol Pashinyan to lay flowers at the grave of a relative who died during the escalation of the conflict in Nagorno-Karabakh. The portal News.am reports this.

At the moment when the politician was walking to the grave, a man stood in his way. “You have nothing to do with my brother’s grave, I will not let you,” he said.

Later, Pashinyan made another attempt to plant flowers, but a relative indicated that the authorities did not help find the body of the deceased, but rather interfered.

In 1991, Nagorno-Karabakh, inhabited mainly by Armenians, proclaimed independence from Azerbaijan, which it was part of during the Soviet era. The war began. In 1994, Armenia, Azerbaijan and the unrecognized Nagorno-Karabakh Republic (NKR) signed a truce.

On September 27, 2020, battles began on the line of demarcation between Azerbaijan and NKR. They continued until November 10, when Baku, Yerevan and Moscow adopted a joint ceasefire statement. As a result of the war, Azerbaijan regained a number of territories lost in the early 1990s.

In Ukraine, it was proposed to deprive the owners of Russian passports of citizenship

My Hero Academia: Overhaul would look like this in CG movie | EarthGamer