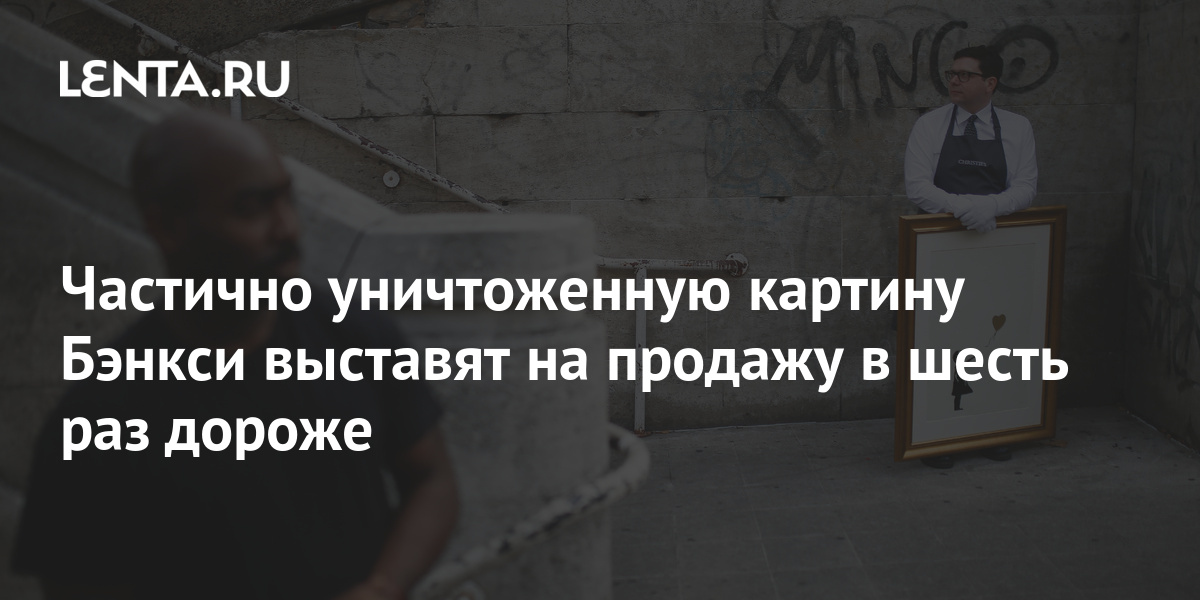 The “self-destructing” painting by anonymous street graffiti artist Banksy (Banksy) “Girl with a Ball” was put up for auction again, now it costs several times more. About it writes CNN.

In 2018, The Girl with the Balloon was auctioned at Sotheby’s for a million pounds. However, immediately after the sale of the painting, right at the auction, the canvas passed through a shredder built into the frame. After that, the painting was renamed “Love in the Trash Bin” – and in a few years it managed to rise in price almost six times.

The new owner of Girls with a Balloon, who wished to remain anonymous, did not cancel the purchase after the painting was self-destructed. Instead, she decided to give it a while, and now put it up for auction again – and expects to bail out from four to six million pounds sterling for it.

According to Sotheby’s, the auction will be held on October 14 – and, in the same room where three years ago “Girl with a balloon” turned into “Love in a trash can.”

At the end of June, Banksy lost the intellectual property rights to two more of his works – “The Rat with the Radar” and “The Girl with the Umbrella.” The reason for this decision by the European Union Intellectual Property Office (EUIPO) was the artist’s refusal to disclose his identity.