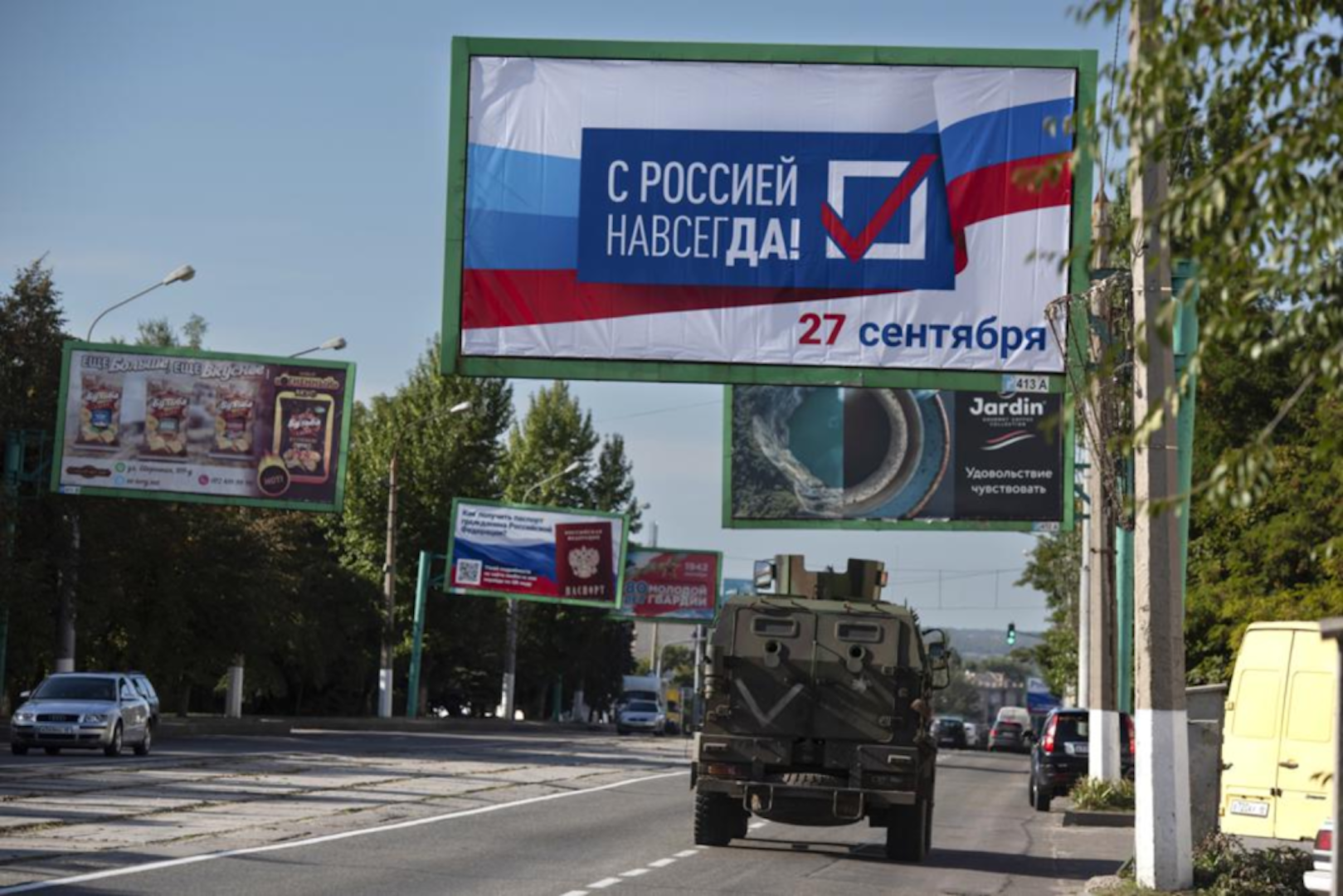 Data was released by the Russian news agency RIA; West said it will not recognize the results

THE RIARussia’s state news agency, said on Tuesday (27.Sep.2022) that the partial results of the referendums in Ukraine show a majority in favor of Russian annexation of the territories.

The data were published around 16:14 Moscow time (10:14 GMT) and are being updated. The popular vote is held in 4 Ukrainian regions occupied by Russian forces. They represent 15% of Ukraine’s territory.

The preliminary results are:

The forecast is that the referendums will be concluded this Tuesday (27.set). According to the Tass, another Russian agency, voting closed at 4 pm (10 am GMT) in Luhansk, Kherson and Zaporizhzhia. In the self-proclaimed republic of Donetsk, sessions will run until 20:00 local time (14:00 GMT).

The final results must be announced within 5 days, that is, by Sunday (2.Oct).

Formal annexation requires a vote in the Russian Parliament. Russian President Vladimir Putin is due to address the Senate and House on Friday (30.Sep), second British military intelligence.

Ukrainian authorities do not recognize the results of the popular consultation. They claim that residents are being forced to vote, under threat of punishment.

Western countries and organizations allied with Ukraine have also adopted the same attitude. They point out that the referendum did not have independent observers, in addition to considering the annexation illegal. They also mention that a large part of the pre-war population fled after the invasion.

in your profile at twitterthe Secretary General of NATO (North Atlantic Treaty Organization), Jens Stoltenberg, expressed on Tuesday (27.Sep) his support for Ukraine’s sovereignty and right of self-defense.

“The false referendums held by Russia have no legitimacy and are a blatant violation of international law. These lands are Ukraine”said.

The US expressed its opinion on the case on Friday (23.Sep). In communiquéPresident Joe Biden stated that the country “Never” will recognize “Ukrainian territories as something that is not part of Ukraine”.

“Russia’s referendums are a farce. [São] a false pretext to try to annex parts of Ukraine by force in flagrant violation of international law, including the Charter of the United Nations,” said.