‘Parrilli with hair’, ‘finger judges’ and criticism of the vulture funds: Cristina Kirchner’s phrases in the hearing for the Memorandum with Iran 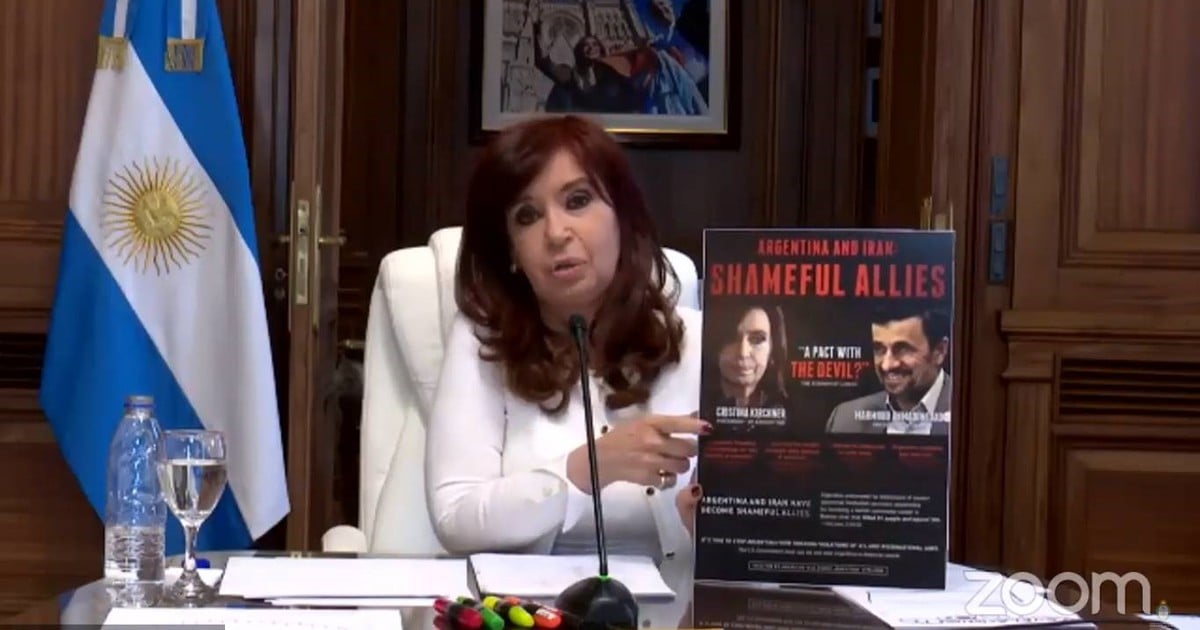 Vice President Cristina Kirchner presented before the Justice her arguments on the basis of which she asked that the case brought to trial be annulled where she is accused of aggravated cover-up of the attack on the AMIA.

For more than 70 minutes, when the deadline was 45, the official left some sentences in which she fired at justice, dissociated herself from the facts and even criticized Mauricio Macri’s economic policy.

– “We are accused of being cover-ups for the most terrible terrorist attack that our country suffered. This accusation is judicial, institutional and political nonsense.”

– “The crow Larroque was 17 years old when the attack occurred, he should have been in the fifth year of the National Buenos Aires. Parrilli had hair 27 years ago, he had reopened his law firm, he had lost his internship in Neuquén.”

“The memorandum with Iran is not just a persecution. It was this: pay what they wanted to the vultures because after paying the vultures they said that the bonanza was coming. And they paid! “

– “They tried to bend my hand and I refused. I took what I took and they did not bend my arm, because it was to condemn Argentina.” (in relation to what was the negotiation of the debt with private bondholders that she had to face when she was president)

– “They were like judges of attraction. Ercolini and Bonadio, they were always those two judges.” In relation to the fact that the judges Julian Ercolini and the late Claudio Bonadio were the magistrates who “always” touched him in the framework of different causes that were initiated.

– “Judge Bonadio took me 8 inquiries in one day. On February 25, Nestor’s birthday ”.

– “In the case known as ‘Route of the money K’, coincidentally there is no member of my family.”

– “A judge who played tennis with Mauricio Macri cannot be impartial before a cause that involves me.”

– “Persecutory maneuvers were made to harm me and my family from the UIF, the Anti-Corruption Office, the AFI, the AFIP and the Central Bank.”

– “Judges were put to finger and an attempt was made to put an oral court to finger, number 9”.

– “From the first day of Mauricio Macri’s government, very serious events occurred and the Executive Branch sought to control the Judicial Branch to use it to persecute opponents.”

“On December 10, 2015 Mauricio Macri took office and from the first days of his administration, events of institutional gravity began to occur.”

– “Pepín Rodríguez Simón advised Macri and today he is a fugitive. Pepín set up the so-called judicial table.”

– “In Argentina there are twin causes: when you do not like the result of a trial, you can put together another to see if you can achieve what you did not achieve in the first one.”

– “Do you seriously want us to believe that these causes are legitimate? I never saw anything this illegal, the same judges involved. It is a monumental scandal and the concentrated media say nothing ”.

– “The defendants in the case for the Memorandum with Iran do not have any connection or institutional responsibility. One of the problems of impunity for the attack has to do with this political management that was given to the cause.”

– “We all want to know the truth about AMIA.”

– “This cause is nonsense, nonsense.”

– “When the AMIA attack happened, Andrés Larroque was 17 years old when the AMIA attack occurred. Juan Martín Mena was even younger, he should be taking a school course. Oscar Parrilli, perhaps he even had hair, he had lost the internal justicialista and had approached the Frepaso. Carlos Zannini was Minister of Government of Néstor Kirchner who was going through his first governorship. Where was I? Sitting on a bench in the legislature of the province of Santa Cruz. We had no contact, and this is not minor “,

– “They cannot have their own thoughts beyond what appears in a newspaper or on television, the only thing that moves me and believe me, it is a better country than what we received. If we are not aware of what has happened to us in recent years, it will be difficult for us to move forward ”.

– “I find it hard to believe that 27 years after the AMIA tragedy we are discussing this, which is the setup to win the elections, to criticize those who govern Argentina with successes and errors, but that when we did it it was only so that the people could live better. “