Parliament Constitutional Committee does not complete opinion on EU recovery package, debate to continue next week 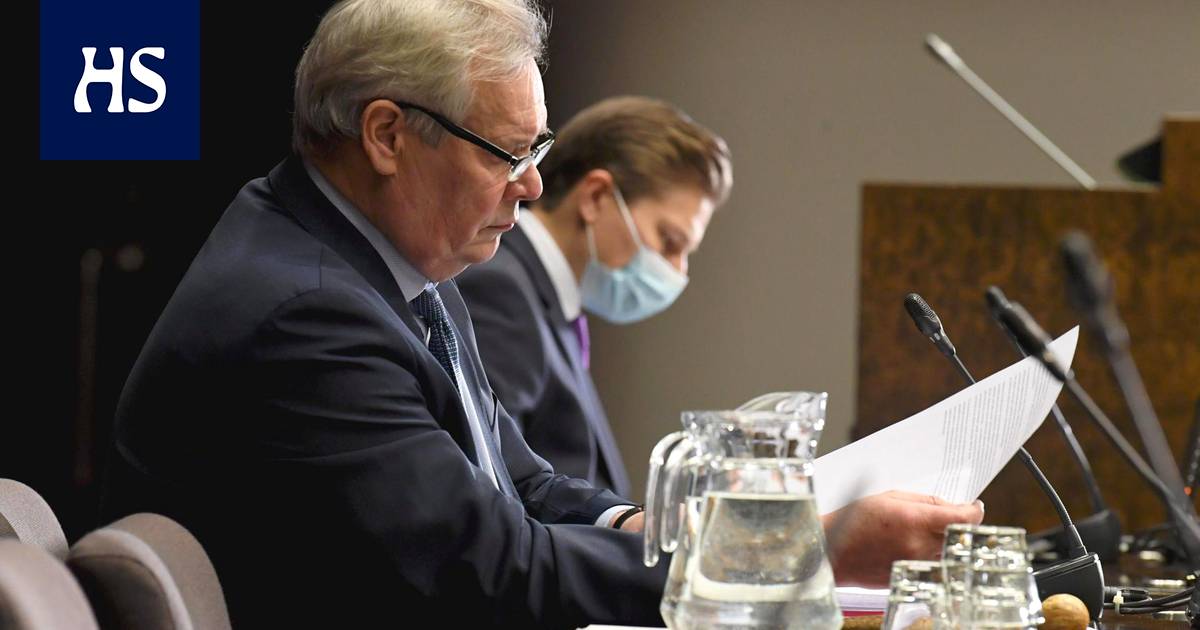 The committee’s position has been awaited with great interest, as it will decide whether a two-thirds majority is needed in Parliament to approve the EUR 750 billion recovery package.

Parliamentary the constitutional committee did not yet finalize its opinion on the eu’s recovery package on wednesday.

The opinion of the committee has been awaited with great interest, as it will decide whether a two-thirds majority in Parliament is needed for the adoption of the EUR 750 billion recovery package instead of the ordinary majority.

A solution can now be found next week at the earliest. The committee will continue its deliberations next Tuesday.

A two-thirds majority would be required if the committee considered that participation in emergency funding would mean a significant transfer of competences to the EU in terms of Finland’s sovereignty.

This would be a blow to the government, as in that case its own votes would not be enough to carry out the package, and support would be needed from the opposition.

The committee is divided and the situation is so tight that, according to HS, the solution can continue in either direction.

Last summer In the agreed recovery package, the EU authorizes the Commission to borrow up to € 750 billion on the financial markets, of which € 390 billion will be provided to Member States in the form of grants. The maximum amount of EU loans is € 360 billion.

The Committee on Constitutional Affairs is weighing up the so-called own resources decision, which defines, among other things, Finland’s membership fees for the EU budget period 2021–2027 and the maximum fees for the recovery package.

Recovery package The treatment has also attracted attention recently in Germany, where the package was appealed to the Constitutional Court.

On Wednesday the court dismissed the appeal. The German Federal President can now sign the ratification of the budget decision enabling the recovery package. The German Parliament had already approved the matter in the past, but an appeal to the court put the process on hold for a moment.

Each Member State must ratify the budget decision at national level so that the EU can borrow to set up a EUR 750 billion recovery package.