Parking control Private parking error can be challenged: HS gives tips from consumer authorities on when to do so 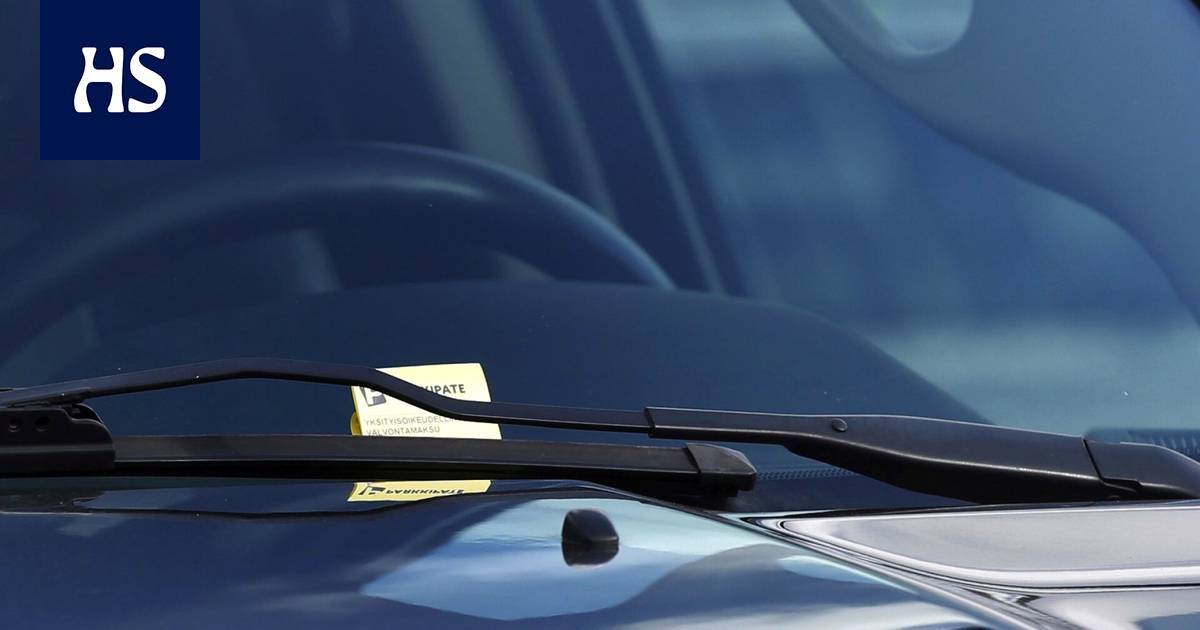 “The situation would be remedied if companies did not present misconceptions,” says the chairman of the Consumer Disputes Board. The supervisory sector also needs clearer law.

The bill, which is planned to incite the sector, got a huge number of MPs behind it at the beginning of the year.

Last year, the Consumer Disputes Board ruled on 240 applications filed against a monitoring company. Nearly half of the solutions recommended compensation or the company waiving the supervisory fee.

According to the industry itself, the number of cases is small compared to the amount of charges, which is more than 400,000 parking error charges per year.

Ownership or control of a car alone is not enough as proof of parking and the conclusion of a contract, the Consumer Disputes Board recalls.

“It seems that the industry is sticking to its own positions, regardless of how the courts and the Consumer Disputes Board consider the situation to be legally going,” says the chairman of the board. Pauli Ståhlberg.

“It’s terribly unfortunate that companies do this.”

The situation would be remedied if the companies did not present misconceptions, Ståhlberg estimates.

“Companies bring their own perceptions of the content of justice to consumers, and they may be afraid to pay, even if there is no reason.”

Companies messages often show the impression that the car owner is automatically obliged to make the payment.

However, the mere ownership or control of a car and the location of the car in the car park are not sufficient evidence that the car has been parked by the owner or occupier.

The error charge on the wiper is a nasty surprise. Picture: Timo Koskensalo

If the motorist denies that he has parked and nothing undermines the reliability and credibility of the report, the conclusion of the contract is not considered to have been demonstrated, the board notes.

Its number one piece of advice in the fight against parking companies is simple: don’t lie that you haven’t parked your car yourself.

Credibility can be undermined, for example, by the fact that the car has no other users, its own workplace is close to the fine site, or there have already been several surveillance fees.

Violent private parking enforcement can have side effects. When, for example, a shop buys a parking control from a company, the parking company actively attacks the shop’s customers and vaccinates them for parking errors.

An unreasonable 80-euro tag on the windshield could banish a customer to another store’s customer, which in turn isn’t a parking company headache.

Fight against the control business is a personalized MP Kimmo Kiljuseen (sd) by initiative received a majority of MPs, 122 MPs, in February.

The initiative aims to limit parking enforcement to a public task. Kiljunen considers private parking control to be a fund in which the exercise of public power has become a very productive business.

“This is something where citizens feel that their sense of justice has been severely violated. It also undermines confidence in the fairness of the legislation, ”says Kiljunen.

“The feeling of injustice comes from a person getting fined, which is business for another. Parking enforcement should not be funded. ”

According to Kiljunen, it is outrageous that the exercise of public power has become a business.

Member of Parliament Kimmo Kiljunen in Parliament in May. Picture: Emmi Korhonen / Lehtikuva

“In addition, these companies still maximize their revenue by exercising really strict controls and intervening in even minor violations without reasonableness.”

Kiljunen calculates that if the Law Committee completes its position in early autumn, the law could enter into force at the turn of the year. On the subject also told Yle.

Surveillance industry according to Kiljunen’s proposal would lead to chaos in private parking lots.

“When realized, it would create a wild west situation in parking. Then the motorist would have the right of everyone to park incorrectly, for example, on a rescue road, a disabled place or a place paid for by anyone, ”says the chairman Christian Metsäranta About the Association of Finnish Parking Industry Operators (Spaty). He is also the CEO of Parkkipate, the largest player in the industry.

“Parking spaces, for example, would no longer be available to those who pay for them, as mis-parking would explode when motorists could practically park incorrectly anywhere they want or fail to pay parking fees in private areas without worrying about penalties.”

According to the industry, it is needed because municipal parking enforcement is not able to operate adequately in private areas. The need for filing the law is seen, but from different perspectives.

“A similar law would be needed in Finland as in Sweden, where the driver and owner of the vehicle are, in principle, jointly and severally liable for the private inspection fee. In Sweden, such a law has been in force since the 1980s. This would considerably clarify the legal situation, which depends only on case law and also varies within the country, ”Metsäranta writes.

The need a more detailed law is also seen in the Finnish Competition and Consumer Authority (KKV).

“Parking needs to be monitored so that Parking spaces are targeted at those who pay for them or need them. The current situation has developed with the case law. Hopper legislation would hopefully reduce litigation, ”says the leading expert Raija Marttala KKV Consumer Advice.

There will also be hundreds of contacts a year from motorists who feel they have received an unjustified inspection fee from a parking company.

“Companies’ responses to complaints often give the impression that, in the first instance, a standard response is sent to everyone, citing even a Supreme Court decision and not commenting on the case. They try to get the customer to pay and not necessarily listen to this. You have to be persistent in that, ”says Marttala.

He says he also noticed that the companies ’operating culture and customer service may seem dull.

“Some are such that we have to find that this is worth paying for. If there is even a parking disc set incorrectly or the motorist returns to his car too late. There is not much to do in them, ”says Marttala.

“There are also situations where the surveillance fee has exploded just when a motorist has applied for a parking ticket in a large parking area, for example. Then the question of reasonableness can be assessed. ”

Then there are situations where there may be no grounds for demanding payment. Marttala has a few tips for them.

Firstly, the motorist must have sufficient and clear information in the car park so that the inspection fee can be paid to him at all.

“There should be signage signs that clearly state what follows from violating the guidelines. There must also be a sentence that you commit to the terms when you park, ”Marttala says.

“The inspection fee can be challenged if you don’t think you have parked in violation of the instructions or there has been a lack of guidance in the area. Sometimes, for example, there may be maps of the area that are not clear enough. ”

The basic advice of the agency is that if you have not driven the car yourself, it is worth challenging the inspection fee.

Second the advice involves the companies imposing a charge on the owner but he may not have been close to the car when the car has been in use by someone else. This happens in both families and companies.

“In the courts, these have been outlined. The courts have assumed that the driver challenging the matter must provide evidence that he has not acted as a driver. After all, the parking contract is made by the driver, not the car, ”says Marttala.

The basic advice of the agency is that if you have not driven the car yourself, it is worth challenging the inspection fee. If the parking company does not accept this, care must be taken to justify the matter in court as well.

“So if you can show that you were elsewhere at the time, there is reason to dispute. The courts will then assess them on a case-by-case basis. ”

You may want to dispute the surveillance fee if you have received one, even though you have paid for parking but, for example, entered your registration number incorrectly into the parking application. In that case, the imposition of a surveillance fee might be unreasonable.

Sometimes the error may be too small for the control fee. A good example of this is MP Kiljunen: he received a payment because he had affixed his payment tag to the windshield wiper and not inside the dashboard of the car. The matter was resolved by Kiljunen’s victory.