Parity comes to the Olympic canoe 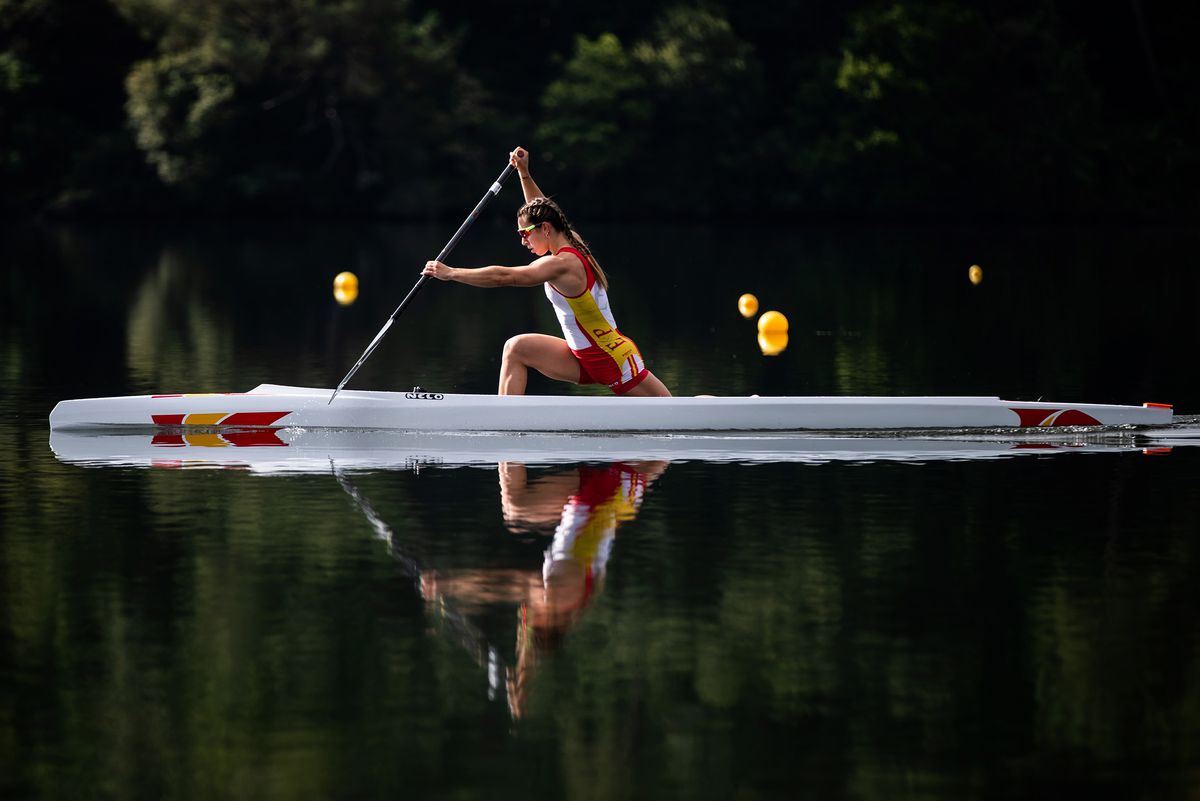 -What happens if you capsize? Is the water cold? Is what you do difficult?

A group of children from a school is visiting the Seu d’Urgell canal at the beginning of June and overwhelms Núria Vilarrubla with questions. The 29-year-old Spaniard will finally be in Tokyo for the women’s canoe debut at the Olympic Games. “It is a demand for parity. It should be like that … there has already been talk that it could be in Rio 2016 and it was not. At that time it was a bit disappointing, because I was at a time when everything was easy for me in terms of sport and good results were linked. But I don’t feel like it’s something that carries, ”she explains, who has been rowing in whitewater since 2009 and who got on a canoe for the first time when she was nine years old.

He could not do otherwise having been born in La Seu, opposite the Olympic Park and the same year (1992) in which the Barcelona Games channel was released. It has competed since 2009 in Europeans and World Cups, but the women’s category had never been included in an Olympic Games. She will represent Spain in C1 in whitewater on the Kasai Channel on July 28 at 6:27 a.m. Spanish time.

In calm waters, on the Canal Sea Forest track, he will do it on August 4 (2:58 in the morning) Antía Jácome, 21 years old, Galician like the teacher David Cal, who started rowing at the age of 12 in a club of Pontevedra. It was not until 2015, when he was 15, when he joined the Seville-based technification group pursuing a dream that at those ages – he was still a cadet – it is difficult to think that it will be fulfilled. Spain did not have a women’s team with calm waters; They only competed in World and European Championships (since 2010), the Olympic stage was closed.

The Federation called on Marcel Glavan to start working on it in the fall of 2015. The goal: the Tokyo Olympics. This is how the coach tells it, who was silver for Romania in Atlanta 96: “At the beginning there were people here who barely knew how to row, we had to start building everything from scratch”. Six years later, two women have had to compete for a place in Tokyo in a selective internship. Antía won two rolls from María Corbera in early July. Like Núria Vilarrubla, who won the ticket to Tokyo in whitewater also in an internal selective in 2020 (she beat Klara Olazabal). One more sign of the excellent level of Spanish canoeing (second sport with the most Olympic medals, after sailing) and not only for men.

Of that group that was created in Seville in 2015, Antía was the first to join and is the only one that follows. Glavan explains why: “Whoever follows her gets her, that’s how I would define Antía and the work she has done. This requires perseverance and sacrifices. There are worse and better moments, it is never a bed of roses. He had the ability to endure and be able to be away from home, not everyone and everyone can endure that ”.

She, who arrived knowing how to ride a canoe and little else, says that the first thing she thought about was where she had gotten to: “I was 15 years old, I wanted to leave home to party and she said: buaHow nice, I’m going alone without my parents and I’m going to do whatever I want. I was a girl and at first what you want is to have fun because when you start with the canoe you think it is a game, you start in summer, you fall into the water, you roll over, you laugh with your teammates… the change to the national team was brutal. The first thing I thought was: ‘my God, where have I been’.

The first year I only trained in the afternoons because there was class in the mornings; the second started doubling sessions. “It was a lot harder and I started to miss my home and my family. Before I just thought: ‘I’m leaving home, I want to have fun and my parents leave me alone, “he says. A week after winning the selective, he still had to pinch himself in the morning because he didn’t think he was going to compete in Tokyo. She will also be the first Spanish woman to do it in a canoe. “It is going to be historic. I am proud to be the first ”, she assures while adding that this will help to give more visibility to the female canoe. “The other day, in Berducido [Pontevedra] A girl approached me to tell me that they were excited, that they paddled very well, that they had seen all my regattas and that they too were canoeing ”.

“The boys have copied them”

The same boys and girls who approached Núria Vilarrubla in La Seu asking her all kinds of things. Núria has been trained by Anaïs Bouchet since 2015. In La Seu she walks around the canal with her inseparable iPad. It has a program installed in which it records and the partial times automatically appear. This Thursday in June the training consists of going down in sections. After each descent, canoeing on her shoulder, Núria goes to the curb to check it with Anaïs. “Instead of going circular, I had to change at the last minute.” The images are saved in a file and sent to each paddler. Bouchet also celebrates that the women’s canoe is finally in the Olympic Games: “It was already a question of parity. And, in addition, it is to contribute a different vision to this sport. The girls have given something different to this, because they change shovel from one hand to another on the descents; the boys had never done it, they have started to copy them ”.

Núria is the only versatile Spanish woman, for a time she combined canoeing with kayaking (the discipline of the Olympic champion Mailaen Chourraut) and she says that she finally opted for canoeing not because she did not have to live in the shadow of the Basque paddler but because he could learn more. “It was like re-learning many things; when you start in a category you realize that you progress faster and it gave me a greater sensation of learning, more stimuli ”. In the canoe you are sitting on your knees and the paddle only has one blade.

Graduated in teaching, says Guillermo Diez-Canedo, coordinator of the slalom team, who saw her start, that above all Núria is passionate about rowing. And in fact, when she talks about the sensations of being in the water, her face lights up. In 2018 he went by van with some friends to tour the Zambebe River in Zambia. “When I was going through the Victoria Falls he told me: it was worth it to start rowing even for this reason, being in this canyon, in this place with crocodiles. Above all, I like to row, it’s true, because I feel like doing what I like ”.

He assures that he has lost the naive touch with which he started and that it was not easy to get rid of his fear of whitewater. “I didn’t like it very much at first, it’s scary to be under the white water. But when you go up, it is a pleasant, fun feeling to begin to understand the water… the feeling of challenge, of going better is what keeps me here ”.