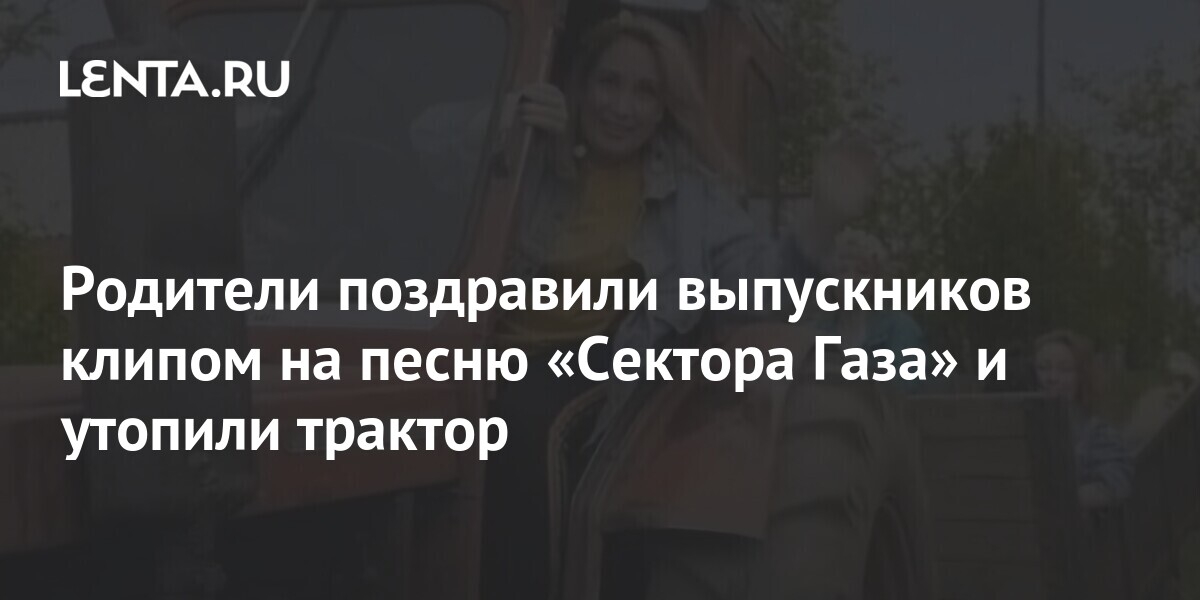 In the city of Lesosibirsk, Krasnoyarsk Territory, parents originally congratulated the graduates. They shot a clip for children in the style of the 90s and sang ditties of the “Gaza Strip” group, and in the process of filming they drowned a tractor. The video is published on Youtube…

The initiator was the creative association ArbuZ, in past years its members have already created musical greetings based on popular songs, the NGS24.ru portal reports. According to the representative of the association, Alexander Ivanov, the older generation wanted to do something “like” for the guys and surprise them.

This is how the idea was born to show the children the “real rural 90s”. In the video, the parents played the “Gaza Strip” ditties, but avoiding obscene language, of which there is a lot in the original. Fathers and mothers dressed in the fashion of those years and depicted scenes from life, for example, how they dumped gasoline from a car, charged water at the TV during Anatoly Kashpirovsky’s programs, played games and sang songs around the fire.

“I wanted to do something kind and understandable for the older generation. The little ones will not understand all the inner holes anyway, they only know what is on the surface. The song combines different songs of the 90s in replays, plus the theme of ditties. Many parents on the set could not sing our lyrics, because the lines of “Gaza Strip” came to mind, ”Ivanov said.

In the process of filming, the parents drowned the tractor, however, then they got it out. They used old motorcycles and other equipment as props, and filmed with an old camera to achieve the desired effect. “Oops-oops, green fence, came out with a troika certificate – that’s what you need!” – sounds in one of the choruses of ditties.

Earlier, Russian President Vladimir Putin congratulated the graduates on graduating from school and wished them to make the most of the opportunities that now open before them. He recalled that now in Russia there are many interesting projects and platforms that can help young people to realize themselves and find their vocation, as well as friends and like-minded people. The President advised graduates never to be satisfied with what has already been achieved, constantly replenishing “their knowledge, experience, competencies.”