Paralympics Aino Tapola, who is severely disabled, feels that equality is endangered in the Paralympics: “I cannot understand how this situation can be in this world” 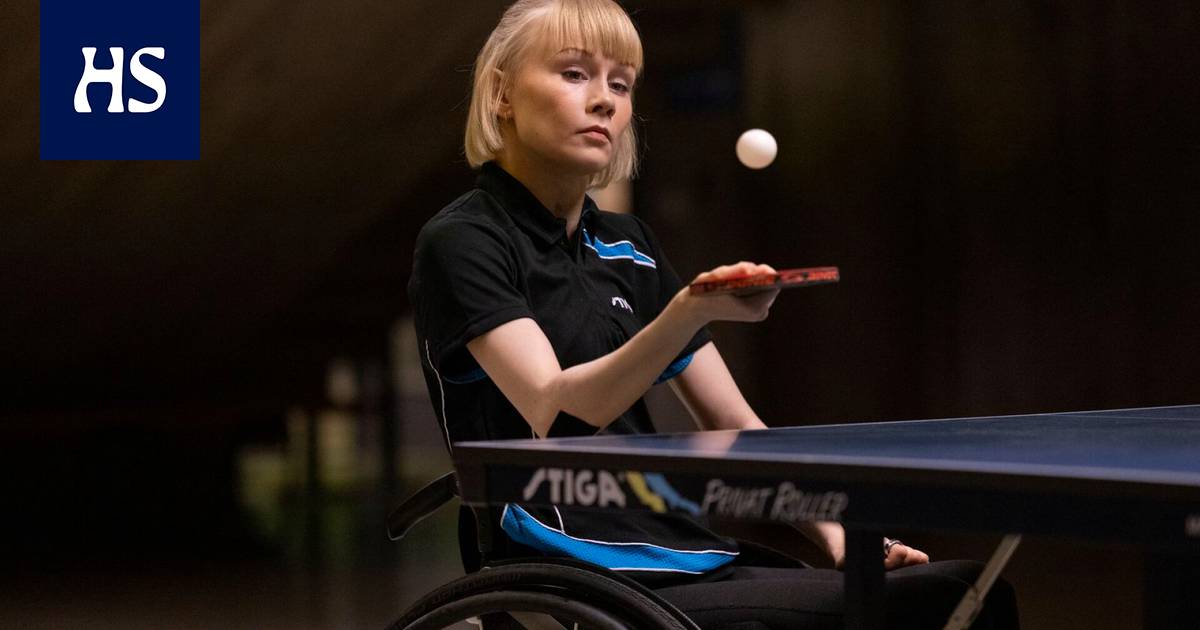 Aino Tapola considers the situation in which an athlete has to stress his assistant situation when preparing for the most important competitions to be absurd. However, it is commonplace for too many athletes with disabilities because of the rule line.

International the Paralympic Committee (IPC) policy on the use of personal assistants jeopardizes equal competition in the Paralympics.

This is how a Helsinki resident experiences it Aino Tapola, 24, who will take part in a table tennis tournament in Tokyo starting on Tuesday.

The policy is that the IPC will only accredit the Paralympics to one assistant per two severely disabled athletes.

That, in turn, means that some competitors are preparing for the most significant sporting event of their careers without proper support.

“I can’t comprehend how this situation can be like this in this world time,” Tapola says.

The United States would have sent a deafblind swimmer to Tokyo without a personal assistant.

Athletes the donor situation received global attention in July, when Rebecca Meyers, 26, announced his withdrawal from the Paralympics. The United States would have sent a deafblind swimmer to Tokyo without a personal assistant.

Meyers’ personal assistant is his mother. It has enabled the three-time Paralympic winner and six-time medalist with just the kind of assistance he has hoped and needed.

“Maybe that’s why he’s done so well when he’s been able to focus on the essential thing, not how he’s doing in the race,” Tapola thinks.

Finland the Paralympic Committee said after Mayers’ withdrawal that Finnish athletes with severe disabilities receive a sufficient number of assistants in Tokyo.

Is the amount really sufficient? Tapola cannot comment on this on behalf of others, but he is happy with his own situation.

“I have my own assistant at the Games. I feel able to act in the way that is best for me, ”he says.

Tapola adds that his assistant only assists him in the Paralympics. He also does not know whether other severely disabled athletes on the Finnish team have joint assistants.

At home, Tapola has several assistants because no one can be at work every day. The assistant, who is leaving for Tokyo, has toured with him both at races and at camps.

“I know it works well in these competitions too. Everything has to go with the routine routine. There is no need to stress that some everyday chores suddenly do not work, ”says Tapola.

“With my assistant, things work as they should, and I can focus on the competition itself.”

“Everything has to go with the routine in the race.”

Aino Tapola will compete in Tokyo in his first Paralympics. Picture: Juha Metso

Situation, where an athlete has to stress the issue of assistants when preparing for the most important competitions, is absurd, according to Tapola.

No one has to use their energy to wonder if they can get out of bed at the right time in the morning or who will help in a competitive situation.

“It’s crazy to talk about top-notch sports, but it’s not possible to create the conditions for athletes on the venues to be able to make top performances.”

Tapola toured the table tennis competition with his competitor in 2018–2019 using a joint assistant. At the 2019 European Championships, they decided to try their own assistant.

“We found that when schedules don’t need to be summed up, it makes it easier to focus on competition and recover.”

The athlete’s schedule alone will change significantly if he or she has to use a common assistant because the daily chores take longer than the disabled.

“At our point, the other had to wake up several hours earlier so both were ready when the races started.”

“The other had to wake up several hours earlier.”

Tapola says the need for an assistant situation sometimes raises ignorance in para-sports circles as well.

Nor is it necessarily understood that a top athlete with a developmental disability needs help in very different matters than a severely disabled person. However, Tapola reminds us that the need for help is so extensive that it cannot even be demanded from everyone.

“However, the general understanding of these issues should be better for some athletes with disabilities as well as for the people who are in charge of our affairs.”

Through the ages Tapola, who is the first Finnish woman to participate in table tennis at the Paralympics, points out that an assistant cannot be anyone.

“There are other accredited people at the Games and it has been argued that they can help if needed in the absence of assistants. However, this is not the case, ”says Tapola.

“If someone needs help in the shower or toilet, then not just anyone can come to help, but the very person the athlete has chosen to do the job.”

The races start against the world champion

Helsinki Aino Tapola opens the Tokyo Paralympics against the toughest measure of the performance of Finnish athletes.

Tapola, 24, is the reigning world champion in the WS1–2 classes Seo Su-yeon. Tapola meets a 35-year-old South Korean for the first time.

“It’s nice to get started right away to play against the best,” Tapola says.

Table tennis, very popular in Asia, is the third largest sport in the Paralympics. Qualifying for the tournament was relentless: for example, there are only 12 players in Tapola’s class.

The top two of the four three-person starting groups advance, with only the wins after that. Tapola’s other opponent is Polish Dorota Bucław, 43.

Both Tapola and Bucław normally compete in the WS1 class, which is ranked Polish. In the Paralympics, classes WS1 and WS2 are combined.

Tapola starts to challenge Bucławia boldly for the best player in his class.

“Then you can see if the head stays together. However, he has so much more racing experience than I do, ”says Tapola, one of the most inexperienced in the Games.

He secured his place in the Paralympics by winning a qualifying competition in Slovenia in early June. In Tokyo, he is ranked 11th.

Both Seo and Bucław are better placed than Finns. Tapola says he is in good shape, says he will leave to win all his matches and believes in a place to continue.

“After that, it depends on who comes up. There are many players there that I can win if the nerves stay in the pile and the pressure of the big tournaments doesn’t get too hard.”

“Then you can see if the head stays together.”

In Tokyo Tapola will have to play in the same series with WS2 athletes with mild disabilities.

“Pingis is such a tactical skill that physics doesn’t play such a big part in the game especially in these severely disabled classes,” he says.

“A first-class player can do well in second-class as well. The physical advantage that second-tier players have may be 1-2 points per round. ”

As a good example of success, Tapola considers his early block opponent Bucław, who was bronze in the WS1–2 World Championships in 2018.

The coronavirus pandemic has brought its own challenges to preparing for the Games, and for example all the meetings of the Finnish team have been carried out via video connections.

A tight corona bubble awaits athletes at the competition venue. The use of various mobile applications, fever measurement and corona tests will be commonplace for athletes both this week and next.

The goal of seven medals