Paraguay, ‘in the red’ for the pandemic: new record of deaths and government alert 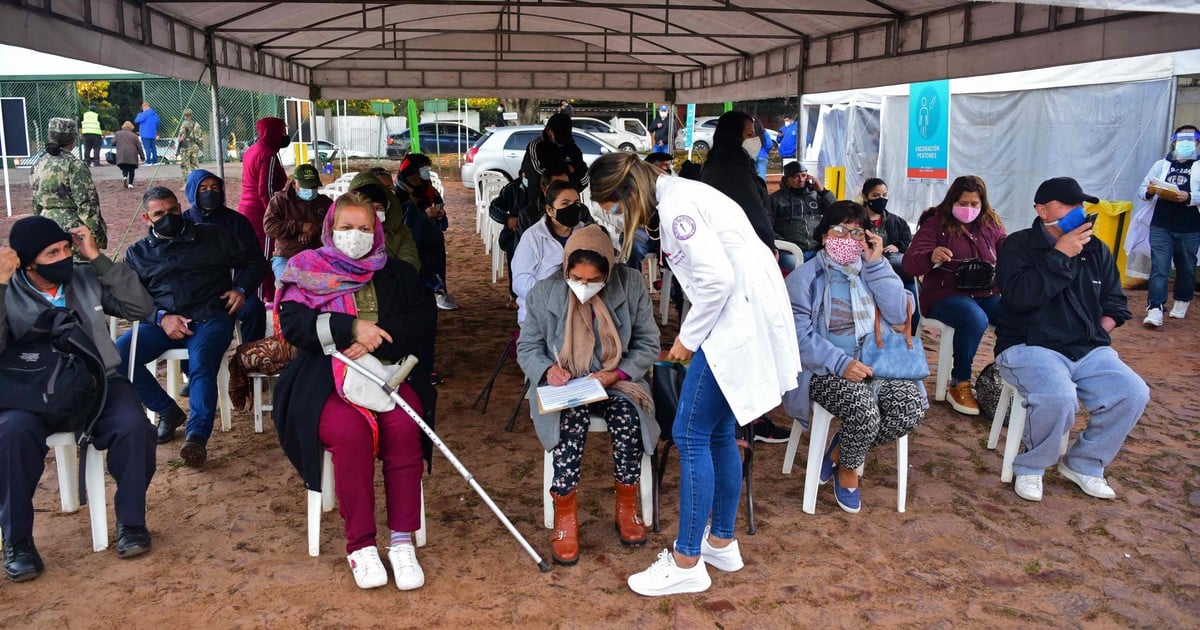 Paraguay “It is totally in the red” due to the expansion of the coronavirus, with a very high mortality in recent days, the authorities warned. This Friday a new record of deaths, with 149 in 24 hours, and the government warns that the figures could worsen in the coming days.

The deaths on Friday exceeded 140 on Tuesday, a figure that caused alarm. In total, the country already has 10,561 deaths since the start of the pandemic.

In addition, the Ministry of Health reported 2,698 new cases this Saturday, bringing the number of infections in the country since the start of the pandemic to 387,687.

“Paraguay is totally in the red. Probably next week it will reach level 4, which is the maximum alert in community transmission. 95% of the country’s districts are in a difficult situation “, warned this Friday the director of Surveillance of the Ministry of Health, Guillermo Sequera.

In the last 14 days, the average number of deaths is 22.6 per 100,000 inhabitants, which places Paraguay, of 7 million inhabitants, as the second country with the highest mortality in the world.

The first is Uruguay (22.9 per 100,000 inhabitants), according to a count by the AFP agency based on official reports.

Paraguay is betting on vaccination, while the number of infections and deaths from Covid soars. Photo: BLOOMBERG

The number of deaths doubles

An epidemiologist by profession, Sequera said that deaths constitute twice the usual rates of the last five years due to different pathologies.

“Today twice as many people are dying as usual,” he said, noting that before the pandemic Paraguay registered 600 deaths per week and that this first semester they doubled, with between 1,100 and 1,200 deaths.

The official had already warned on Friday morning that June would be “a very tough month” given the number of estimated infections, which will remain on “a high plateau” throughout the month.

The last official report on Thursday registered 134 deaths from coronavirus, against 140 on Wednesday and 135 on Tuesday. In the first nine days of this month there were 1,092 deaths.

An oxygen tube in a hospital in Asunción, Paraguay, this Friday. Photo: BLOOMBERG

In addition, the authorities warn about the high number of interned in intensive care, and they fear a collapse of hospitals.

Meanwhile, the Paraguayan president, Mario Abdo Benítez, thanked his Mexican counterpart, Andrés Manuel López Obrador, on Saturday donation of 150,000 vaccines against covid-19, in the midst of the height of the pandemic in the country.

Tomorrow, 150,000 doses of the AstraZeneca vaccine against Covid-19 will arrive in the country, from Mexico.
The Republic of Paraguay appreciates the cooperation of the Mexican government and the President @lopezobrador_

Abdo Benítez made the announcement on Twitter, shortly after the Mexican government reported a donation of 400,000 vaccines against AstraZeneca to Belize, Bolivia and Paraguay.

“Tomorrow 150,000 doses of the AstraZeneca vaccine against covid-19 will arrive in the country, from Mexico,” confirmed Abdo Benítez, from the conservative Colorado Party.

“The Republic of Paraguay appreciates the cooperation of the Mexican Government and President López Obrador,” he added.

The announcement coincides with the vaccination from this Saturday in Paraguay to people 55 years of age and onwards, in a weekend in which the first dose is expected to be applied to about 80,000 people in that area.

And the second as new vaccines arrive, for now insufficient to be applied to the corresponding bands of the entire population.

Progress in vaccination is considered key to alleviate the precarious public health system, congested due to the high demand for internees.