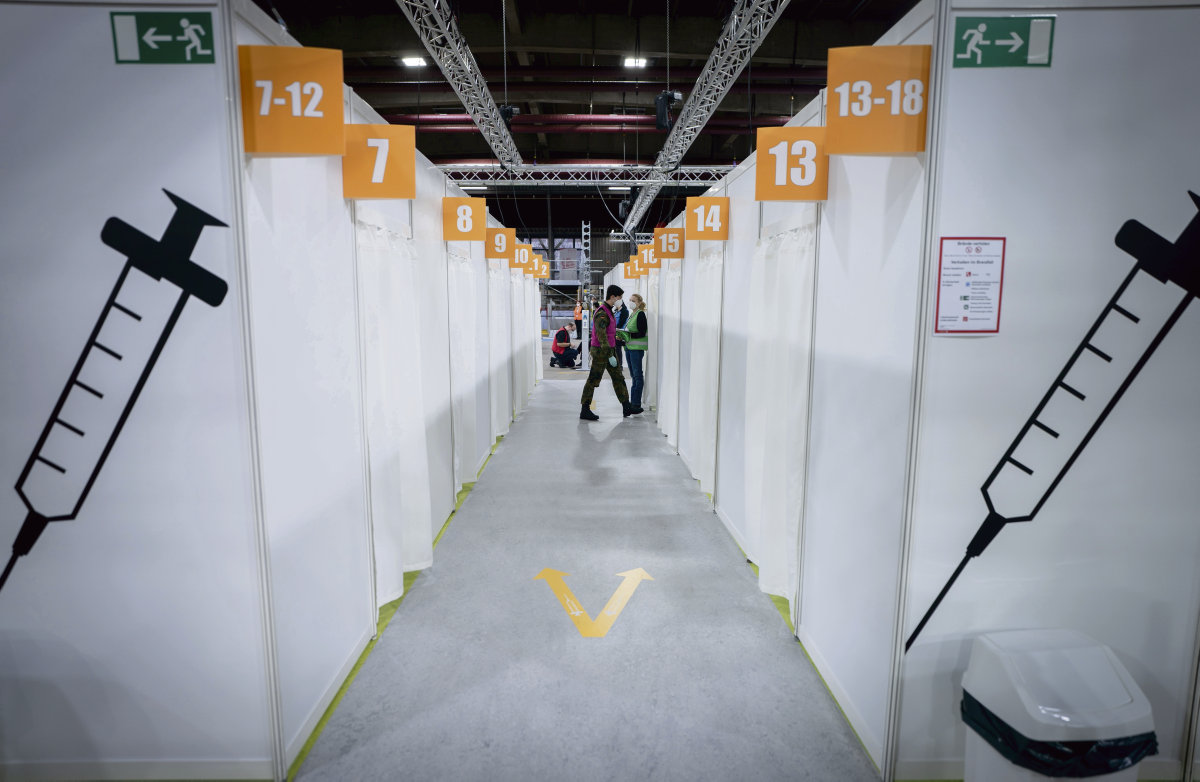 No one could forget the image summoned by Emmanuel Macron last spring. “We are at war”, attacked the head of state in the face of the explosion of the pandemic due to the new coronavirus. An image not necessarily very happy, but today it takes on an even more macabre meaning: the French, like many others, obviously, on a global scale, are going through a phase of severe rationing. Vaccines against Covid-19 do exist: they were developed thanks to the research work carried out in public laboratories for decades and the mountains of public funds for development, clinical trials, logistics, etc. They exist, but the laboratories which, like Moderna or BioNTech, have won the speed race, are in fact unable to produce them up to the needs.

Suddenly, everywhere, the signs of shortage are multiplying … These are calculations of apothecaries that allow inoculating six doses with a bottle of five. Or even methods similar to those of sorcerer’s apprentices which consist in postponing the second injection indefinitely: in the United Kingdom, the time between the two injections has passed, with a wet finger, without validation in clinical trials, by 3 or 4 weeks to 3 months and, in the European Union, the regulatory authorities allow, as endorsed by the World Health Organization (WHO), to postpone the second injection until 6 weeks in order to affect a little more people immediately. Latest illustration of the effects of this major crisis in the vaccine strategy: according to a revelation from France Inter, the Public Assistance-Hospitals of Paris (AP-HP) decided on Wednesday evening to drastically reduce the vaccination of its nursing staff to ” redirect »stocks to citizens over 75 years of age.

In the face of structural underproduction, the most vile opportunism is at work. Germany has broken the European framework for joint procurement of vaccines by placing a direct order for 30 million doses from Pfizer-BioNTech on its own account. Moderna is engaged in an unbridled bidding: while the European Union is negotiating a second order for its vaccines, the American laboratory intends, according to anonymous sources cited by the Reuters agency, to double the price of its doses, already presented as the most expensive on the market. In these circumstances, the issue of untapped production chains on a global scale, abandoned by the states in the care of Big Pharma, comes back to the table. “Sanofi, Merck and GSK are three of the largest vaccine producers in the world, notes Zain Rizvi, activist specializing in access to medicines for the American NGO Public Citizen. The fact that they are not directly involved in increasing vaccine production in such a pandemic is a gigantic political failure. “

In mid-December, the bosses of the biotechnology lab CureVac, whose messenger RNA serum could be licensed in the coming months, threw a pavement in the pond, calling for some form of patent suspension in the pandemic. “We need each other, Ingmar Hoerr, the founder of the company, estimated in an interview with the German press. The plank we are drilling is too thick… ”

In the United States, the late Trump administration is asking the Pfizer group, but without activating any pressure lever, to examine the possibility of partnering with another sector giant, like Merck, to increase production … a bit the same in France, where the government is also walking on eggshells. While claiming to play a role in the production of vaccines in circulation – two factories of subcontractors located in France, and financed under the recovery plan, will participate in the coming months in the packaging of Recipharm vaccines under the colors by Moderna (read Humanity of December 11, 2020) and Delpharm for Pfizer-BioNTech -, it has opened, symbolically so far, a small breach.

Minister of Industry, Agnès Pannier-Runacher has just launched a test balloon in the camp of Sanofi, the national champion who, very late in the development of his vaccine, has much more infrastructure and production capacities than the others. “Sanofi is looking at how to help with vaccine production, including vaccines that are not from their homes, she said last week on Europe 1. If, technically, it is possible, it is necessary to choose the effectiveness… We are working on it. “ The day before, the French group had confirmed working on this hypothesis. “Under current developments, we have some temporary flexibility on our production lines, admitted, to put it mildly, a spokesperson. We are studying all options and evaluating the technical feasibility of performing certain manufacturing steps to support other manufacturers of Covid-19 vaccines. “

Within the Sanofi group, the CGT which, in a press release, has just called for the production tools to be made available to provide a vaccine to all the populations of the world, confirms a certain commotion. “We know that there are ongoing reflections, testifies Fabien Mallet, CGT coordinator at Sanofi. Nothing is official, but colleagues tell us that they are being asked strange questions … “ Basically, the trade unionist claims a break with the logic of the market. “We must get out of all against all, of competition. We are in a global pandemic, we cannot wait for companies to decide to make enough doses for the entire planet. Concretely, so that Sanofi can contribute to production, as a manufacturer for Moderna or BioNTech, or even more simply for AstraZeneca which is based on a technology that we have mastered It is completely sound, we just need to have the processes and the manufacturing plan, we could be ready very quickly and, for messenger RNA vaccines, within a maximum of 3 to 6 months… Even if we did not have to make the vaccine from A to Z, but just a few manufacturing steps, it would already save precious time. Admittedly, the group would be annoyed to be a simple subcontractor, but, fac e to the pandemic, no ego quarrels! “

In fact, the European states and France, in the first row, undoubtedly have the means to impose another production regime for Covid-19 vaccines. Without going as far as the essential questioning of the patent regime, as brought in recent months by South Africa in particular before the World Trade Organization (WTO), they can use the existing legislative frameworks, with all their limitations. It is still at this stage the political will to confront Big Pharma that is lacking … Since March 2020, Germany has, for example, a framework allowing to go as far as expropriation in the event of a pandemic emergency. . With its text on the state of health emergency, France also holds several cards to repair a defective private system: it thus has the possibility of “Take all measures to make available to patients appropriate drugs for the eradication of the health disaster” and she can also proceed to “Requisition of goods or services”. Another CGT coordinator at Sanofi, Jean-Louis Peyren insists: “If we are not supplied in a satisfactory manner because the prices are too high, or the quantities are insufficient, if Moderna or Pfizer refuse to assign their patents, France can take an ex officio license which blows them up. If Sanofi does not want to make its infrastructure available, France can requisition. We have all the necessary tools, we must use them , and get out of the race to market to the race to production. “ In war as in war, in short: stingy, Mr. President?

Laurence Cohen: “When will Sanofi be forced by the public authorities? “ 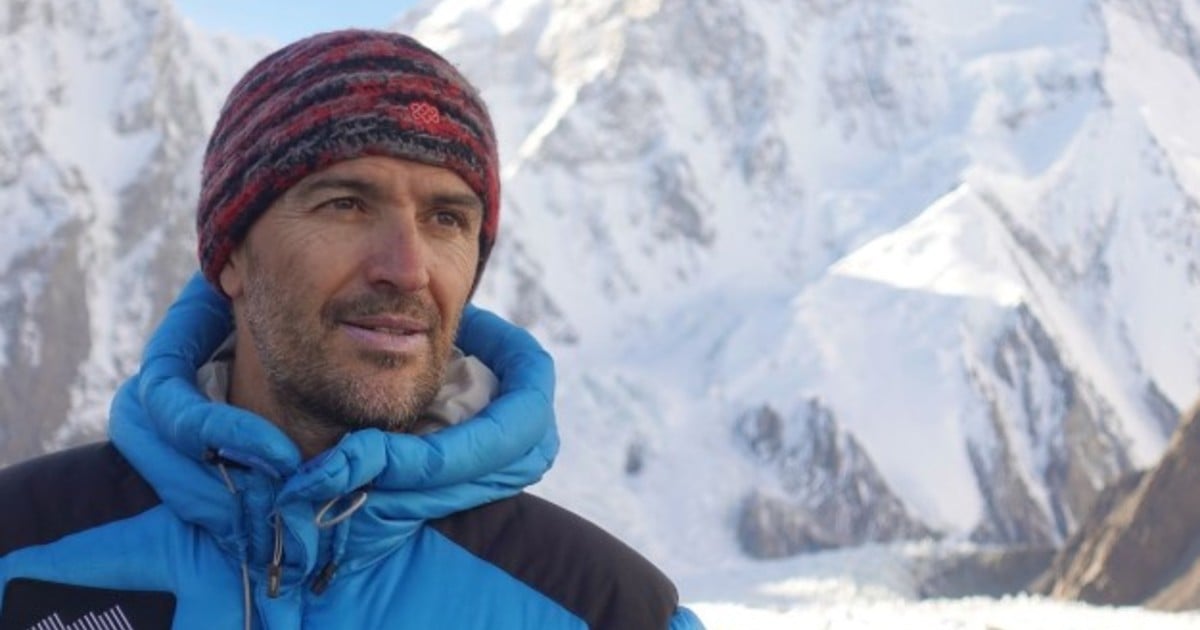 The ECB bought 120,000 million of Spanish debt in 2020, the equivalent of the country’s net issuance