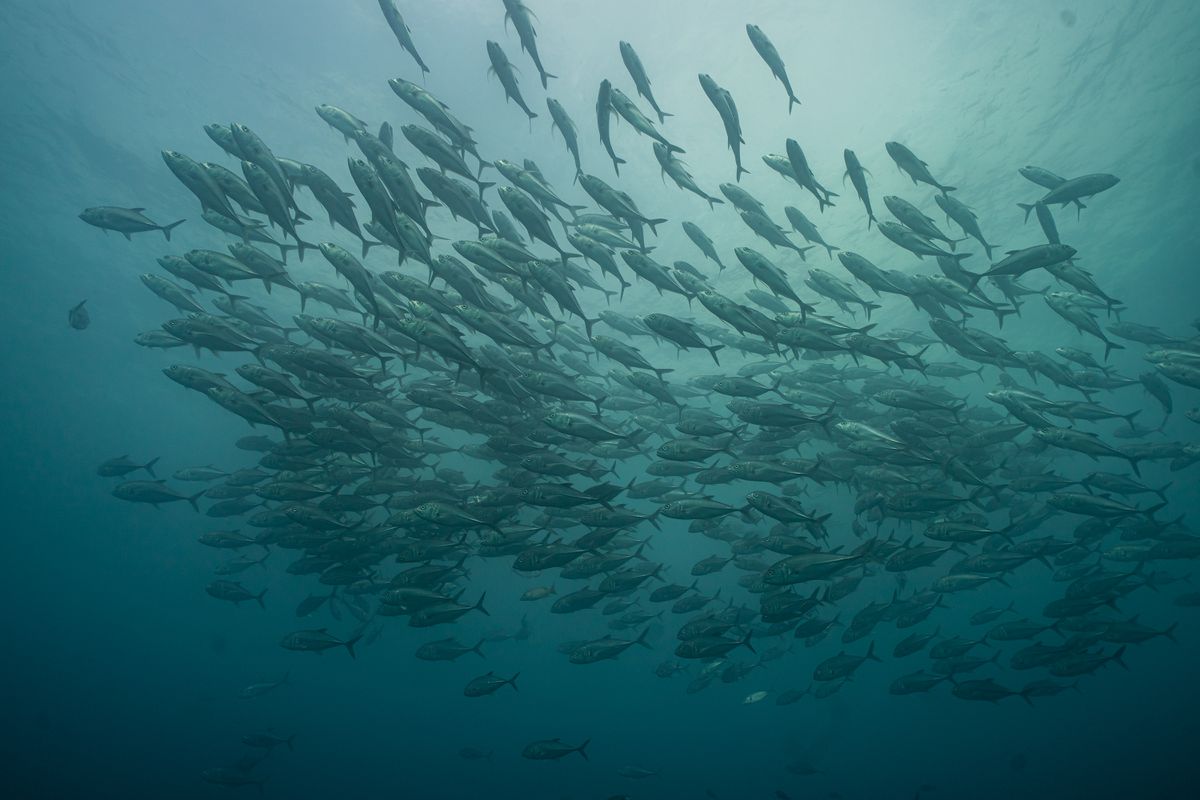 Panama has taken this Tuesday, June 8, a giant step to protect its seas. The Central American country, rich in biodiversity, but one of the most threatened by climate change, has created a marine reserve in its Pacific waters of 67,742 square kilometers, that is, an area almost as large as its land surface. It is located in the so-called Cordillera de Coiba, a wide area rich in fishing resources, but also an important meeting point for marine species that find abundant food in the region. In this way, Panama complies with the protection goals established in the Convention on Biological Diversity, signed by 196 countries for the conservation and sustainable use of marine resources. Along with neighboring Colombia reserves, the protected area expands to 121,341 square kilometers, making it the third largest marine reserve in the tropical Pacific. “We are very happy,” he says. Milciades Concepcion, Minister of the Environment of Panama. “The entire region is very excited that Panama is going to achieve this,” he adds.

Panama created in September 2015 a marine reserve in the Coiba submarine mountain range of 17,223 square kilometers to protect threatened flora and fauna, as well as fishing resources considered “critical” for the Central American nation. With the support of experts from the Smithsonian Institute for Tropical Research, the Panamanian authorities have expanded the protected area, which includes nine mountain ranges, with sea mountains that exceed 3,000 meters in height at some points and where, according to the scientists involved in the project , inhabit at least 14 species of marine mammals. The area is a feeding and breeding point for sea turtles, marlins (or sailfish), sharks and whales, including species considered vulnerable or in danger of extinction. To guarantee the protection of the new space, Minister Concepción assures that his Government is in conversation with international organizations that ensure the protection of natural resources to provide Panama with technological tools to monitor the area. “We are establishing the mechanisms that allow us to monitor the area, as well as the creation of a management plan that we coordinate with the Smithsonian Institute, which establishes surveillance, supervision and control, which will make it easier for us to comply with the limitations that it must have. this protected area in the usufruct of its resources. Their protection can be guaranteed without any problem ”, explains the official.

The protection of this new reserve is not a minor issue. Panama is one of the nerve centers of global trade. The country expanded its canal in 2016 and official data shows that 4,899 ships crossed the interoceanic route in 2019. Studies carried out by Smithsonian experts show that among the ships that cross the protected area are international merchant marine ships, although oil tankers they are the ones that travel the most in the area. There are also international fishing vessels that carry out industrial fishing activities with purse seines to catch tuna illegally, an activity that generates profits valued at five million dollars annually. Other species, such as the shark, also suffer the consequences of illegal capture. “It is a very harmful fishery for the environment due to the quantities that are extracted. This is not supposed to be happening, ”explains Héctor Guzmán of the Smithsonian Tropical Research Institute. Guzmán is the architect of the expansion of the reserve, and through international organizations he obtained the funds to expand it. “The plan is to reduce the fishing effort in the area and allow the resources to reach the area closest to the coast, where the Panamanian artisanal fleet is located, which does not have the autonomy to travel to the south. In addition, the fishing that we are going to allow is selective, that is, it does not affect other species such as sharks or turtles, which is a solid contribution to conservation. With this, the resource is allowed to recover, because it is no longer going to be extracted in a destructive way, and to benefit the local economies that will be able to access it, ”Guzmán lists.

Conservationists are excited about the new reserve, created by decree on Tuesday afternoon, when World Oceans Day is celebrated, by the president of Panama, Laurentino Cortizo. Among those conservationists is the Chilean Maximiliano Bello, of the Mission Blue organization, whose job is to influence States to create marine protected areas around the world. “If each country did its part, as Panama does, it could provide a better future for these marine ecosystems,” argues Bello. “Underwater mountain ranges are among the most important physical elements for biodiversity. Seamounts generate oceanographic processes, such as current movements, that produce more life. They are key places for marine species ”, he adds. Protecting these areas, says Bello, is an investment in the future for populations that live off marine resources. “We have to put more resources and invest in caring for nature, because it is an important capital. We must expand incentives for its conservation, because it is the source of all economic activity, “he says.