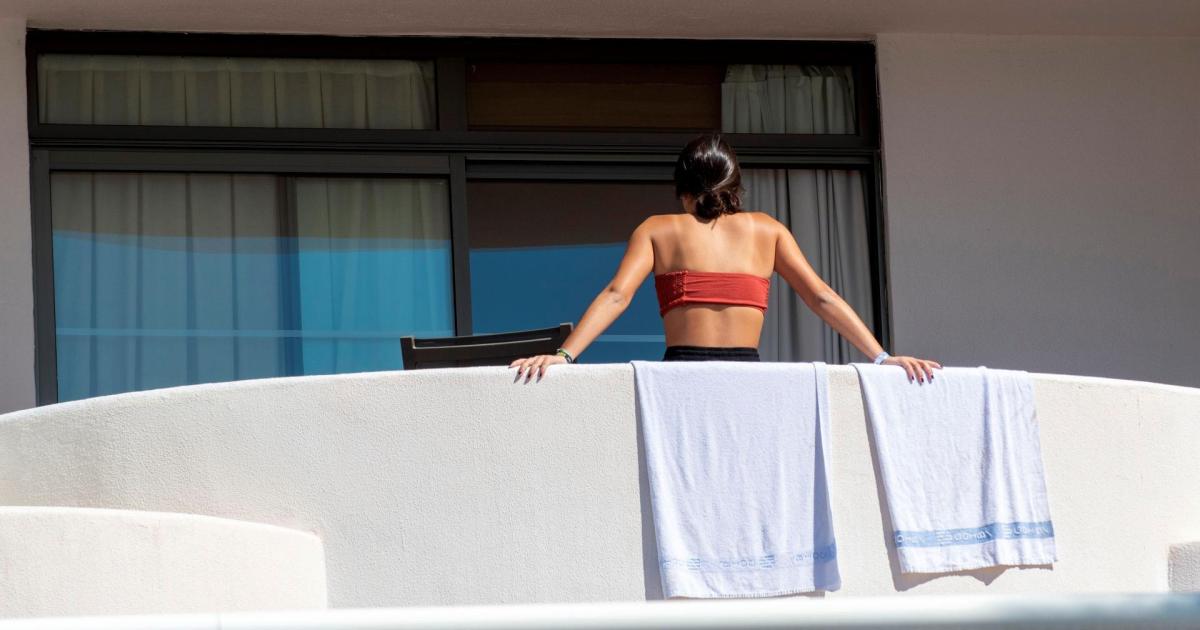 Palma police say that overnight on Monday they had to deal with complaints from the hotel adjacent to the Palma Bellver ‘Covid hotel’, where Spanish students are in isolation. The complaints concerned loud music, shouting and vandalism. In addition, nearby bars were supplying students with alcohol. This was done by tying buckets to sheets that had been hung over balconies.

The national government delegate in the Balearics, Aina Calvo, said on Tuesday that “this says a lot about these young people and some bars in the area”. “It is one thing to want to have some fun, but it is quite another thing to threaten everyone’s health.”

The police add that objects were being thrown from balconies onto the street and that passers-by were being shouted at. Students were ignoring warnings from security staff. When the police arrived, things calmed down.

Meanwhile, spokesperson for the regional infectious diseases committee, Javier Arranz, said that on Tuesday that parents should not be concerned, as “their children are being well cared for”. “No one wants to be isolated and quarantined”, but this is a measure that has been in place for a year. The Balearic government and other regional governments adopted it in order to stop the spread of the pandemic. “It’s nothing new. Quarantine has not ceased because of going on vacation. “

It is understood that, as of Tuesday, 64 of the students at the Palma Bellver Hotel are positive and that fourteen others have been admitted to Son Espases Hospital.