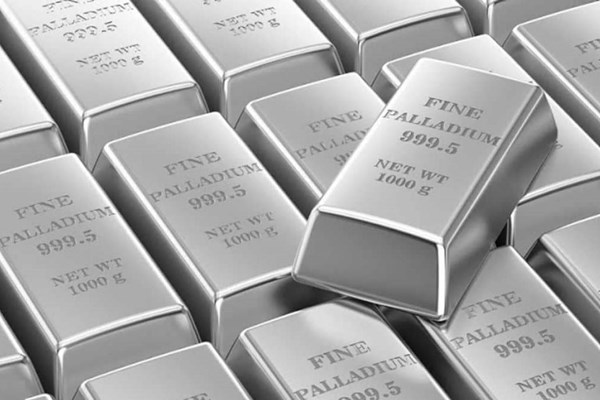 LONDON (Reuters) – Palladium rose to a record high on Tuesday due to concerns about a shortage of supplies for the metal used in car exhaust systems, while gold fell 1 percent after US Treasury Secretary Janet Yellen said interest rates may have to be raised.
The spot price of palladium fell 0.2 percent to $ 2,965.35 an ounce by 16.32 GMT, after reaching an unprecedented peak of $ 3,017.18.
“There are tighter restrictions on global pollution that we haven’t seen in the past, which means that cars that shouldn’t have used automated catalysts will now have to be supplied with them, and thus more demand,” said Bart Melick, director of commodity strategies at TD Securities.
“In the foreseeable future, there will be a deficit in the present market and prices will rise,” he added.
Concerns about a supply shortage were compounded after the mineral’s largest producer, Nornickel, reported disruptions at two mines due to flooding.
Meanwhile, gold fell more than 1 percent in spot transactions after Yellen said that US interest rates may have to be raised to prevent inflationary growth of the economy with the activation of more support programs.
The price fell to 1775.02 dollars an ounce. US gold futures also fell 1 percent to $ 1774.70 an ounce.
Raising interest rates increases the cost of holding the non-yielding metal.
Silver fell 2 percent to $ 26.34 an ounce, after rising to its peak since February 26, while platinum fell 0.6 percent to $ 1222.93.

Zidane: «Ramos is with us and that means he can play»

Practical parenting: Shall we dance?