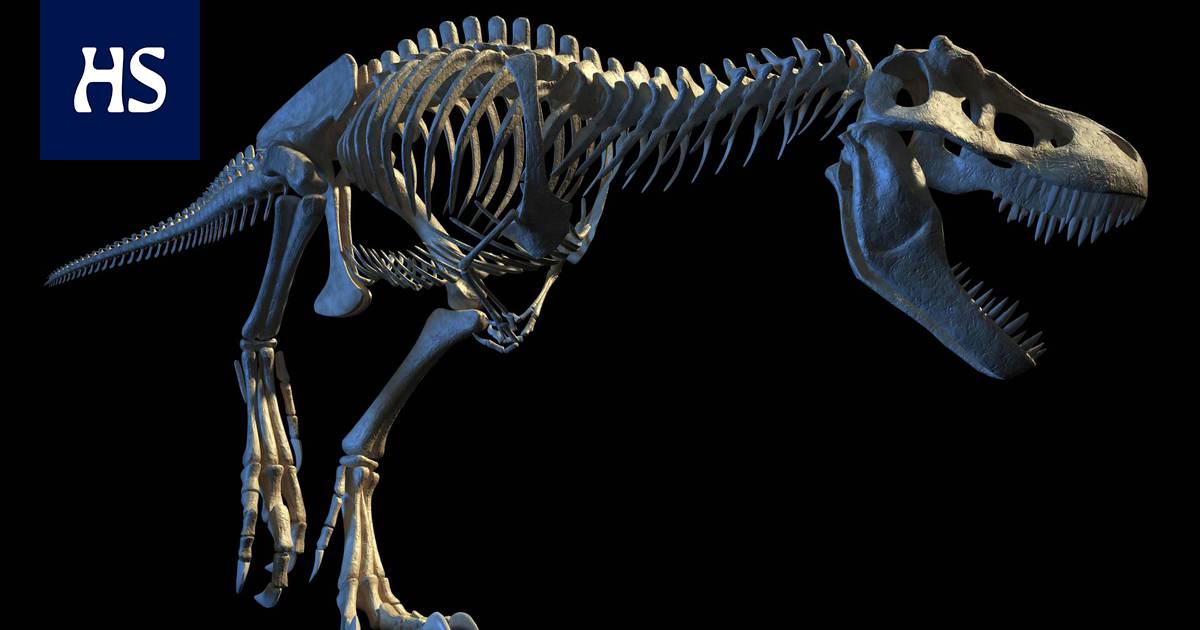 In an area the size of a metropolitan area, 15 large tyrannosaurs could have migrated.

Horrors king Tyrannosaurus rex is without a doubt the most famous dinosaur in the world. This carnivorous beast did not survive until the time of the dinosaurs at dusk 68-66 million years ago.

T. rex was the last of the tyrannosaurus family and the last dinosaurs in general.

Maybe they even saw the destruction approaching from the sky. An asteroid that destroyed almost all of life on the planet struck the same hemisphere where they lived.

But how many of them existed? Calculating the number of dinosaurs that lived in ancient times is very difficult because so few fossils have survived.

Professor of Paleontology at the University of Berkeley Charles Marshall however, decided to try.

“When I hold old bones in my hand, I often wonder what miracle probability this particular creature has ever lived with, and how unlikely I am to have a piece of its skeleton here,” Marshall says. in the bulletin.

Marshall and his colleagues began to wonder how the number could even be estimated. The result of the work was published now Sciencejournal.

There is a great deal of uncertainty associated with the calculations, but the best estimate of the researchers is that there were about 20,000 individuals of Tyrannosaurs at any one time. This population lived on the island continent of Laramidia, which corresponds to the western parts of present-day North America.

While the time of the Tyrannosaurs on Earth lasted 2.5 million years, during which time 127,000 generations lived, there are a total of about 2.5 billion Tyrannosaurs living on Earth.

Of these two billion T. rex only 32 complete adult beast fossils have been found. Thus, only one of the 80 million tyrannosaurus has perished under conditions such that the remains may have fossilized.

Researchers the calculation is largely based on what is known from current predator populations.

The so-called Damuth’s law gives an indication of how large a population of predators of a certain size can survive in an area of ​​a certain size.

Tyrannosaurus rex became sexually mature at about the age of 15 and lived to be almost 30 years old. Average T. rex weighed 5,200 pounds, but could grow to as much as seven tons. The ferocity was thus about the weight of an African elephant.

For tyrannosaurs, one generation was about 20 years old, and the population density would have been one dinosaur per 100 square kilometers. Thus, almost a hundred Tyrannosaurus would have migrated in Uusimaa, and fifteen in the Helsinki metropolitan area.

Researchers point out that estimates can have even a big throw. It is simply impossible to make an exact calculation.

The main aim of the researchers now was to form as robust a framework as possible for making corresponding population calculations.

The assessment would also be affected by the kind of beast T. rex exactly was. It has been estimated that the young tyrannosaurs were in their very own eco-compartment, as they may have eaten a different prey than the adults.

Only the adult tyrannosaurus had a ferocious bite force capable of crushing bones. At different stages of their lives T. rex there would have been, in principle, two different beasts, which together competed with other medium-sized predators out of their territory.

Fossils of immature tyrannosaurs have hardly been found.

The reform, unemployment and the peak