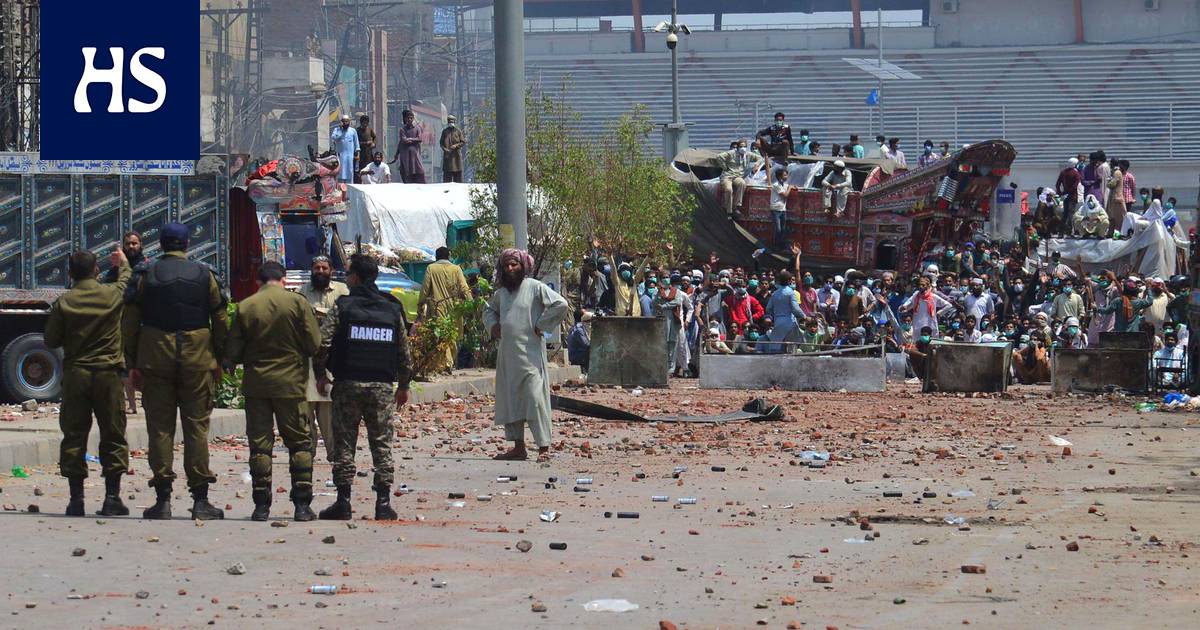 Supporters of the Islamist Party TLP have gathered in Pakistan for a mosque that is being besieged by police.

Supporters of the Islamist party Tehreek-e-Labbaik Pakistan (TLP) arrested eleven police officers on Sunday amid violent protests that have been going on for weeks. The TLP is demanding the expulsion of the French ambassador from Pakistan. The protests are against France, which last autumn began to more actively eradicate Islamic extremism.

Prior to the release, images of abducted police officers, some bloody and bruised, spread on social media. The video was authenticated by Pakistani authorities.

Minister of the Interior Sheikh Rashid Ahmedin police abducted were released on Monday after talks with TLP. The government banned the party last week and classified it as a terrorist organization.

Police officers were held hostage in a mosque in Lahore, which is considered the base of the TLP. Party supporters have gathered in the mosque and police are besieging it.

According to the Minister of the Interior, negotiations with TLP will continue on Monday afternoon.

Supporters of the TLP party have locked you up in the Pakistani capital, Lahore.­Picture: STRINGER / Reuters

The party previously said it considered a deadline of 20 April, by which time the French ambassador must leave the country. The party and its supporters have been outraged in particular by the fact that the French President Emmanuel Macron has defended the right of the satirical newspaper Charlie Hebdon to publish caricatures of the Prophet Muhammad. Many Muslims consider this a blasphemy.

The protests have caused so much unrest that last week France called on its citizens to leave Pakistan. The situation escalated last week when the leader of the TLP party was arrested in Lahore. He had invited his supporters to march on the capital.

Demonstrations as a result, traffic in Pakistani cities has stagnated. To date, at least six police have died in clashes with protesters.

TLP said several of its supporters died in clashes on Sunday, Reuters says.

“We will not bury them until the French ambassador is kicked out,” a TLP executive Allama Muhammad Shafiq Amini said in a video, according to Reuters.

Prime minister Imran Khanin the government has been working for years to curb the TLP, which was virtually banned last week due to the terrorist classification. The prime minister said on Saturday that the party was not banned because of its ideology but because of its practices.

“Our government took action against the TLP under the anti-terrorism law because they questioned state regulations and used street violence and attacked law enforcement,” Imran Khan told Twitter.

Mapfre grows 2.3% in the Region in 2020, despite the difficulties of the pandemic