Pakistan is not improving despite India’s rebuke, violation of ceasefire on LoC for the third consecutive day 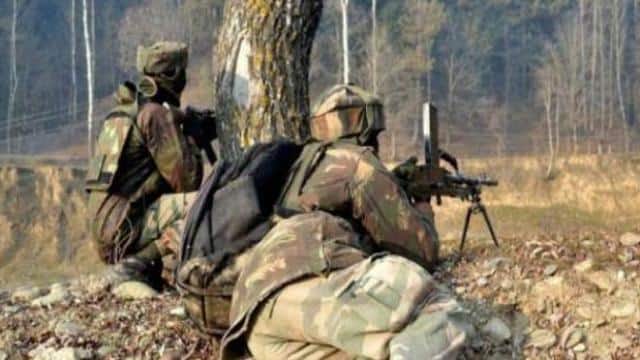 Pakistan, which has become the target of terrorism, is not deterring its antics. He constantly violates the ceasefire along the Line of Control to help terrorists infiltrate into India. But the Indian troops stationed on the border defy Pakistan. If ever the border tax terrorists enter Kashmir, they are piled up by the security forces.

Pakistan has opened fire on the border for the third consecutive day today. This morning, Pakistan fired a ceasefire in Nowshera sector of Rajouri district at 11:15. The Indian Army has also retaliated aggressively. Let us tell you that on Friday and Saturday there was firing from across the border.

Jammu and Kashmir: Pakistan violated ceasefire in Nowshera sector of Rajouri district at about 11:15 am today. Indian Army is retaliating.

Let me tell you that yesterday, India summoned Pakistan’s senior-most diplomat in New Delhi and lodged its protest against the recent conspiracy hatched by Jammu and Kashmir by the terrorist organization Jaish-e-Mohammad (JM). The Ministry of External Affairs summoned Aftab Hasan Khan at the Pakistan High Commission and demanded that Pakistan abstain from its policy of supporting terrorists and terrorist groups operating from its territory and demolish the infrastructure run by terrorist organizations for terrorist attacks .

At the same time, Pakistan also summoned the Indian High Commission in-charge on Saturday and rejected India’s claim that the Pakistani terrorist organization Jaish-e-Mohammad was plotting attacks there before the local elections in Jammu and Kashmir.

Let us tell you that on Thursday morning there was an encounter between militants and security forces at Ban Toll Plaza near Nagrota, in which four terrorists were killed.