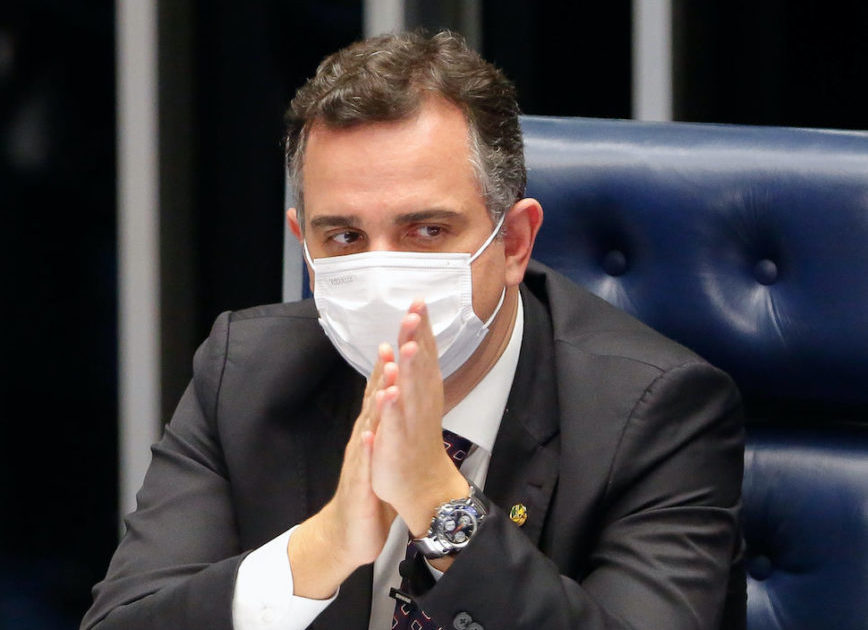 The president of the Senate, Rodrigo Pacheco (DEM-MG) said on Twitter, this Thursday (8.Jul.2021), that he spoke with the Minister of Defense, General Walter Braga Netto, and that the conflict between Senator Omar Aziz (PSD-AM), president of the CPI (Parliamentary Commission of Inquiry) of Covid in the Senate, and the Armed Forces was “fruit of a misunderstanding” and the episode is gone “enlightened” and “is closed”.

“We emphasize the importance of dialogue and mutual respect between institutions, the basis of the Democratic State of Law, which does not allow for setbacks”, said Pacheco about the conversation with the minister.

“I made clear our recognition of the values ​​of the Armed Forces, including ethical and moral ones, and I also affirmed that the independence and prerogatives of parliamentarians are the main values ​​of the Legislature”, stated.

During the testimony of Roberto Ferreira Dias, former director of logistics at the Ministry of Health, Omar Aziz said that “the good guys in the Armed Forces must be very ashamed of some people who are in the media today”.

“It had been a long time, it had been many years since Brazil had seen members of the rotten side of the Armed Forces involved in fraud within the Government. many years ago”, said the senator. The congressman was referring to the military who were heard by the collegiate.

“One thing we didn’t accuse them of was corruption, but now, the Brazilian Air Force, Colonel Guerra, Colonel Elcio, General Pazuello and there is military involvement”, said. Aziz’s speech came after questioning Roberto Dias about having already been an Air Force sergeant. The former director of the Ministry of Health responded in the affirmative.

Hours later, after the end of Roberto Dias’ session and detention, the Ministry of Defense and the commanders of the Armed Forces repudiated Aziz’s statements in an official note. In the statement, Aziz is said to have made statements “disrespecting the Beloved Forces and generalizing corruption schemes”.

“The Armed Forces will not accept any light attack on the institutions that defend the democracy and freedom of the Brazilian people”, says the note. The communiqué was signed by the commanders of the Navy, Army and Air Force and by the Minister of Defense, Walter Braga Netto.