Pablo Iglesias, leader of the Spanish left, announced his retirement from politics 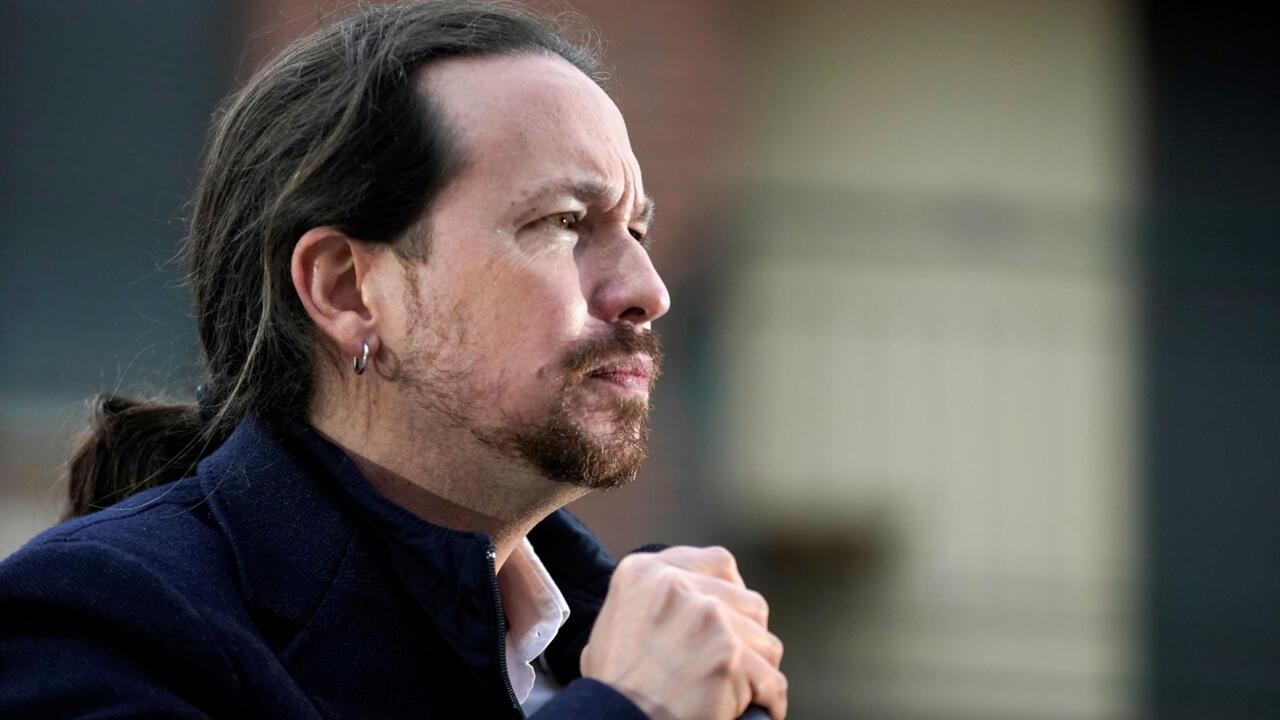 A month after resigning from his post as second vice president of the Spanish Government, the leader of the United We Can party resigned from all his “positions”. Iglesias announced his decision after knowing the defeat of the left in the elections to the regional government of Madrid, to which he presented himself as the head of the list of his party. Iglesias led a left-wing political project for seven years that was a pioneer in breaking the traditional Spanish bipartisanship and that raised it until the Government in 2019.

A political adventure of seven intense years. The overwhelming victory of the right in the elections to the Madrid Assembly and the abrupt plummet of the left in the elections was the scenario that led Pablo Iglesias to announce what no one expected: his immediate resignation from political life.

“I am leaving all my positions. I am leaving politics understood as party and institutional policy (…) I will not be an obstacle to the renewal of the leadership that our political force needs,” he said at a press conference after hearing the results of the elections. , which he described as a “tragedy.”

Seven years ago he was known as a controversial university professor of political science, who used to stand at the tables of the faculty before his students and question the authority that had joined the impetus of a citizen discontent forged by the consequences of the crisis economic situation facing the country since 2008.

With a purely rebellious speech, Pablo Iglesias promoted the Podemos party in 2014 after making a great fame in political television gatherings in the country. Their slogans were those that were heard in the assemblies that emerged in the country from the hand of the movement of May 15 in 2011, an outbreak that filled the squares of Spain with citizens calling for a structural change in politics, as well as a state based on citizens beyond economic interests.

We can get 45 seats in 2016, a rapid rise from accelerated decline

With these slogans and with the promise of changing the status quo, Pablo Iglesias achieved his first major electoral milestone in 2014, when his newly formed Podemos appeared in the European elections and won five seats in the European Parliament. His figure, which many criticize a great ego, became the face of the party.

He was head of the list in four general elections. In 2015 he entered Congress for the first time and did so stomping, with 42 seats in the Chamber of Deputies. Then, in the repetition of those elections in 2016, he managed to gather 45 seats in the Lower House. In addition, he formed coalitions with parties allied to Podemos that made him add up to 71 seats out of 350 in the Spanish parliament.

But just as fast as its growth, was its decline. For the 2019 elections, its formation lost more than ten seats to 33 seats, a fall from which it was not recovered, since in the November elections of that same year it obtained only 26 representatives to the Chamber.

Despite having lost the fuse with which it started in 2014, it was those elections that led Iglesias and his training to Moncloa. From the hand of the Spanish Socialist Workers’ Party (PSOE), Unidas Podemos reached the Executive, forming a coalition in which Iglesias held the second vice-presidency of the Government.

Unidos Podemos, at the center of the breakdown of the Spanish bipartisanship

But the iconic left-wing leader did not hesitate to sacrifice his seat in Moncloa last March to stand as a candidate for the regional elections in Madrid, in which the polls predicted a drop of Podemos below 5% of the votes, which would have resulted in the party losing its representation in the Assembly.

Possibly for this reason, Iglesias decided to resign from the second vice presidency, to drag with his figure more votes towards the party in the regionals. But despite this, he only managed to add three more seats to the bench. After his departure, Podemos loses its greatest representative. The task of directing will now remain in the hands of Yolanda Diaz, who took over as second vice president and who is appointed as the new head of the list in the generals after a popular performance as Minister of Labor of the current Government.

Precisely, this May 4, Iglesias made a call for renewal and a greater female weight in politics. “I believe that the new leaderships have to fulfill an electoral promise: to feminize the political space (…) Yolanda Díaz will determine the future of the left in Spain in the coming years. I am proud but when one is no longer useful, one has to know how to withdraw, “he said.

Despite its short history, the emergence of Podemos in Spanish politics has been decisive, in addition to putting the fight for gender equality at the center of the agenda, this political force has also marked, along with others, the end of the bipartisanship in the country.

Bipartisanship determined more than 30 years of democracy, the first decades after the end of the military dictatorship of General Francisco Franco (1936-1975) and in which only two forces, the Popular Party (PP) and the PSOE, had a place. In addition, with less than a decade of travel, Podemos already governs in several of the autonomous communities (regions) of the country.

Negotiations with China advance to produce the Sinopharm vaccine in Argentina

5 minutes with … – Christof Asbach: “In closed places the concentration of virus increases continuously”

Utopian? Because of: How Bo Svensson made Mainz 05 afloat