Pablo Avelluto, after the death of his son Nicolás: ‘My pain is infinite’ 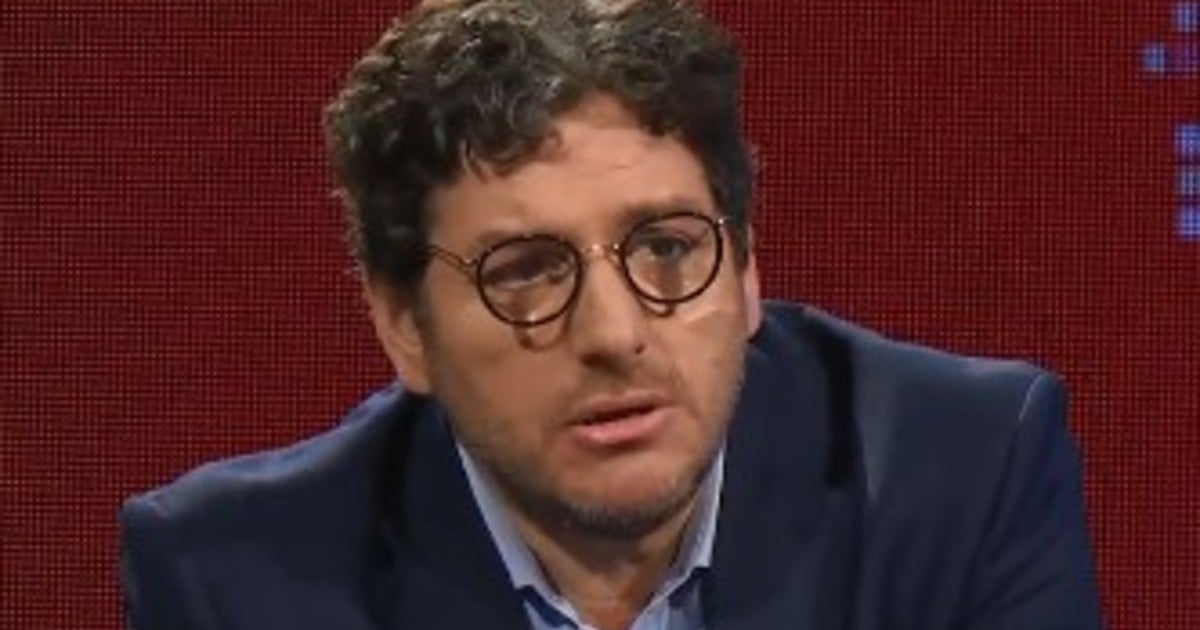 Pablo Avelluto expressed himself publicly for the first time since the death of his son Nicolás and exposed his “infinite” pain, in a message through his social networks in which he also thanked the affection received in the last hours.

“I want to thank all love messages to Nico and to accompany our family and me. My pain is infinite, but each message is a caress in the soul. Thanks to those of us who think similar and to those who think differently for so much affection. Thank you with all my heart, “he said just beginning on Monday.

I want to thank Nico for all the messages of love and support to our family and me. My pain is infinite but each message is a caress in the soul. Thanks to those of us who think similar and to those who think differently for so much affection. Thanks with all my heart.

Nicolás Avelluto, 28, was found dead on Saturday in his Nuñez apartment. The causes of death are still unknown and the autopsy is expected, which “has not yet been done according to the Covid protocols,” according to sources close to the family informed Clarín.

“They found him in the room: he was lying on his bed, face down,” explained the same sources. And they added that in the place “there were no signs of violence nor that income had been violated. “

In the case, the National Criminal and Correctional Court N ° 3 intervenes, in charge of the judge, Gabriel Omar Ghirlanda, and the district attorney’s office in the Saavedra and Núñez neighborhood, in charge of José María Campagnoli.

Since the unfortunate episode became known, there were many and from different places who expressed their condolences towards the family of the young photographer, committed to various social causes.

One of the first was Mauricio Macri, who as president gave Pablo Avelluto the position of Secretary of Culture.

“An immense pain for the death of Nico, the son of Pablo Avelluto. Dear pablo, there are no words for such a loss. I accompany you and your family in this devastating moment. My strongest hug, “wrote the former president on Twitter.

The head of the Buenos Aires government, Horacio Rodríguez Larreta, “shocked” for the death and sent a “condolences” to the family.

“How sad. There are no words about the loss of a child. A heartfelt hug for Pablo Avelluto and his family at this difficult time, “posted Patricia Bullrich, president of PRO.

Alberto Fernández, from the other side of the crack, also accompanied.

“With great regret I have learned of the death of Nicolás Avelluto. The death of a young man hurts a lot. I want to convey my deep pain to his parents, brothers and all those who have loved him, “said the President.

But also from the sectors of the popular struggle Those who were accompanied by Nicolás received the messages.

The Powerful Throat, for example, published: “From today, the streets will have the hole of Nico Avelluto, unshakable fighting partner: sensitive, supportive and made of will. Now and always, in the corridors of our memory. Thank you for your eye and your screams, until victory! “.

Starting today, the streets will have the hollow of Nico Avelluto, an unbreakable comrade in struggle: sensitive, supportive and made of will. Now and always, in the corridors of our memory. Thank you for your eye and your screams, until victory! pic.twitter.com/vL5wikd0Ht