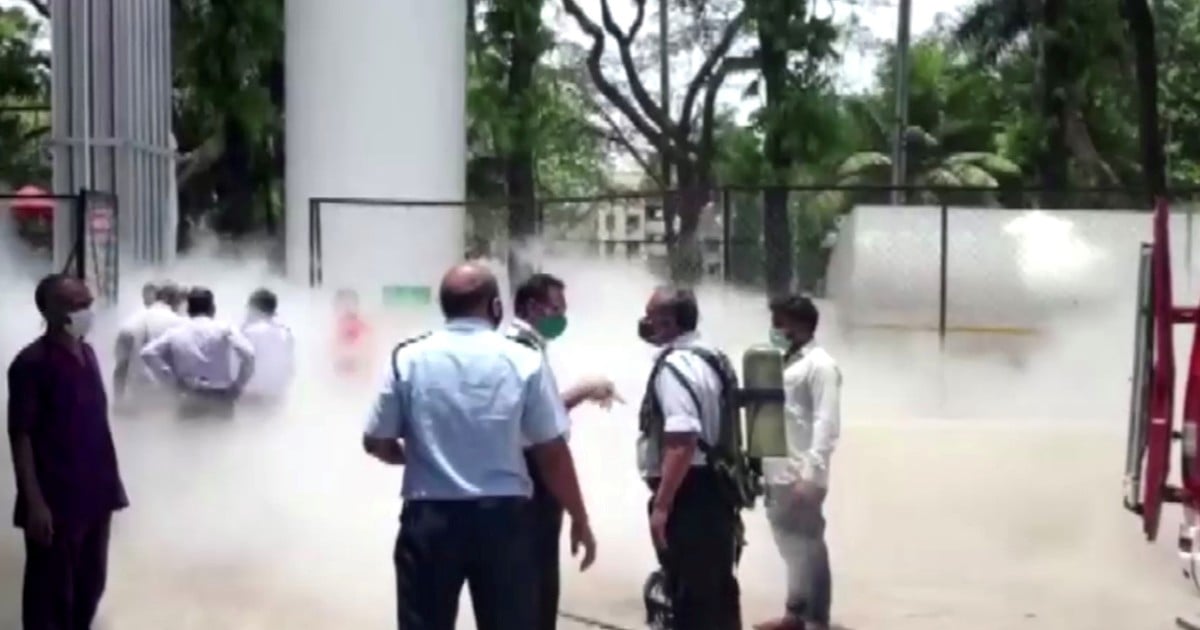 To the less 22 COVID-19 patients died This Wednesday in a hospital in India, after a leak from an oxygen tank caused the supply to be cut off to dozens of patients connected to respirators.

“According to current information, 22 people have died in the Zakir Hussain municipal hospital. The patients were connected to respirators and oxygen supply, which were interrupted after the leak in an oxygen tank“Nashik District Administrator Suraj Mandhare said in a statement to the media.

Zakir Hussain Hospital, Nashik District, is a facility dedicated to the care of COVID patients in the State of Maharashtra, the epicenter of the disease in the country, with nearly 4 million confirmed cases in just over a year.

The reasons for a loss of oxygen in the hospital in India are still unknown. Photo: REUTER

Images of the incident show the facilities covered by a dense screen of white smoke, coming from one of the hospital’s external tanks.

Although the causes of the leaks are not known, the state authorities have ensured that the details of the incident will be reported shortly.

“The tragedy in a hospital in Nashik due to the oxygen tank leak is heartbreaking. Distressed at the loss of life due to this. My condolences to the grieving families at this sad hour, “Indian Prime Minister Narendra Modi posted on Twitter.

India is in the middle of a second coronavirus wave, much more aggressive than the first, with record reports of almost 300,000 new patients and 2,023 deaths in the last 24 hours.

According to official data, of the total of 15.6 million confirmed infections since the beginning of the pandemic, 2.1 million are active cases of the disease, which has generated an overload of the country’s health system.

Renewable energies, a source of sustainability and professional development

Why renting increasingly seduces the self-employed and individuals