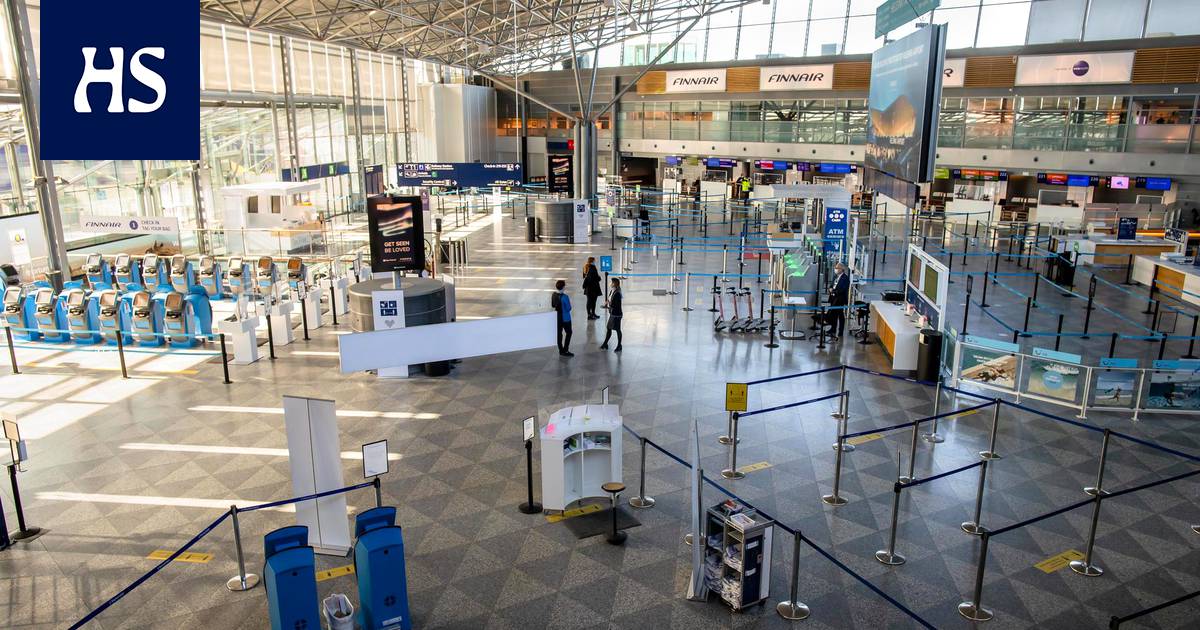 A working group of actors in Vantaa, Helsinki and the airport preparing for the post-epidemic period is preparing its own proposal for measures.

Negative Verification of the corona test or the received corona vaccine is still in temporary scope at Helsinki-Vantaa Airport and ports.

In order to manage border formalities in a smooth manner, the City of Vantaa has established a joint working group with Finavia, Finnair, Helsinki and the Regional State Administrative Agency of Southern Finland.

The task is to produce, by Friday next week, a proposal for measures that would allow for permanent arrangements in an epidemically safe way.

Working group led by the Chief Physician of the Helsinki and Uusimaa Hospital District (Hus) Eero Hirvensalo. Hirvensalo has been pulling the airport’s corona effort support group since last summer.

The working group is part of the municipalities’ own preparations for the post-corona epidemic.

“When the current interim arrangements end, we need to have a clear legal basis for the future,” says the Mayor of Vantaa. Ritva Viljanen (sd).

Then it would be important to control borders in a controlled way.

“Legislation or regulations of the regional government agency are still not aware of negative corona tests or certificates of corona vaccine received. The Communicable Diseases Act has now been amended several times, but this issue is not recorded there. When the temporary restrictions on border control end, it is necessary to get the matter handled smoothly, ”says Viljanen.

The situation is painful, as in many other countries border control has already included the verification of test and vaccination certificates in its routine.

Vantaa the mayor does not at this stage comment on the country’s government’s draft to lift restrictions on the corona epidemic. The government is scheduled to announce the plan on Friday.

“The information that has appeared in public is still preliminary. Let’s see what the government’s final proposal is, ”says Viljanen.

Vantaa is updating its own strategy for the post-korona period, which was made last year.

In practice, the shortage of care caused by the epidemic and the increase in the need for services will be addressed by the budget decisions of next year’s budget.

“During the epidemic, we have a shortage of care services for urgent health care services. We have more unemployment due to interest rate restrictions. There are many dropouts in vocational training. Families must be supported and more must be invested in social services, ”Viljanen lists.