Our shooting team participates with 29 players in “Arabia Cairo” 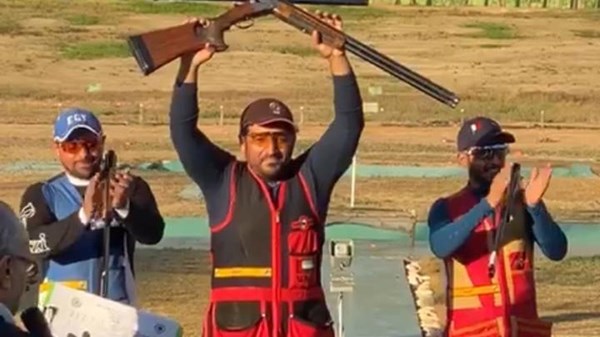 Cairo (WAM)
The delegation of our shooting team arrived yesterday in the sisterly Arab Republic of Egypt to participate in the Arab Shooting Championship, which is currently being held and will continue until June 12, on the 6 October fields, and the Egyptian Olympic Village in Maadi. Emirates is the largest in the event.

Abdullah Salem bin Yaqoub Al Zaabi, Secretary-General of the Federation, confirmed that our national team prepared well for the championship to win a large number of medals, stressing that the international shooter Saif bin Fetais Al Mansouri, the world silver medalist in the “skeet” category, leads the elements of our participating team in the competitions, alongside the UAE champions Rifle and pistol categories, and men’s dirt, who enters the tournament at a distinguished level after his participation in the World Championships in Italy last May, and the Italian Open, as well as the establishment of an intensive open training camp in Al Ain, and it is expected that two Emirati female shooters will participate in the dirt category for women, nominated by the Federation after Conducting assessments to determine the readiness of everyone and their ability to compete strongly in the tournament and collect medals.

He assured the players of the need to adhere to the highest degree of precautionary and preventive measures to preserve the safety of everyone, and to cooperate positively with the organizing committee of the tournament to appear in a decent appearance, wishing that the mission would return with a good number of medals.

It is worth noting that the Egyptian Target Sprint team is the strongest competitor to our team in that category in light of the numbers, statistics, experience and participations, and that the Emirati shooter Saif bin Fattis is the first candidate to win the skeet gold due to his international classification, and he also won the gold medal for the same tournament last year on the same field.