Our national team faces Mozambique in the Beach World Cup 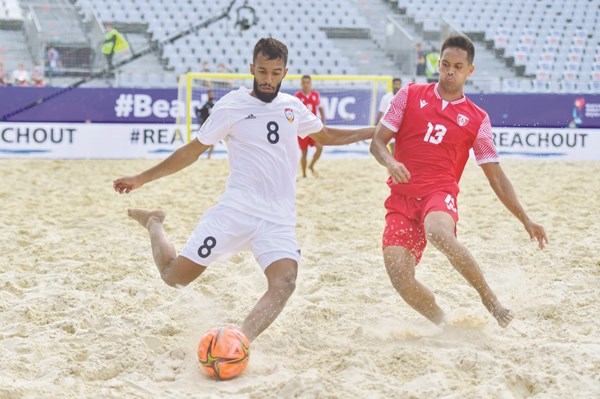 Our national beach soccer team will meet in the second round of the group stage of the Beach World Cup with its counterpart Mozambique at 4:00 pm tomorrow at Luzhniki Stadium in the Russian capital, Moscow. . Our team is ranked second in Group Two, with two points, behind its Spanish counterpart, who leads with three points, after beating its Mozambican counterpart 8-4 in the original time.

On the other hand, Ali Hamad Al-Badwawi, member of the Board of Directors and Chairman of the Beach Soccer Committee, conveyed the greetings of Sheikh Rashid bin Humaid Al Nuaimi, President of the Football Association for the beach mission, and confirmed his support and the Board of Directors of the Federation for the team in its international participation, noting that the Board of Directors is keen to provide all the reasons for success for beach soccer, Wishing the team good luck. He added during his meeting with the mission: “We are confident that the UAE national team has all the ingredients that make it appear in an honorable way in the World Cup, especially since the players have gained extensive experience from various participations under the supervision of the citizen coach Mohammed Al Mazmi.”

He added, “Our team can reach the next round and continue in the tournament because it is qualified for that,” stressing that the players will do their best to get a great result from this tournament. Al-Badwawi praised the team’s performance in its first match against Tahiti, and the team’s technical and administrative staff’s keenness to follow up on the players’ physical condition in order to keep them in the best condition.

“I almost fell off the sofa”: Söder’s CSU spot on the federal election is irritating

EU Summit, the focus of leaders on migrants