Otters in America were infected with the Corona virus 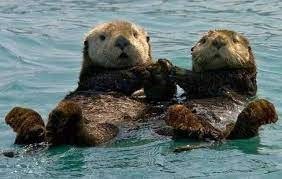 A zoo in the US state of Georgia said that tests conducted on a number of otters in its aquarium confirmed that they were positive with the Corona virus.
Park officials stated that small-clawed Asian otters were confirmed to be infected with SARS-Cov2-, the virus that causes Covid-19-.
“They started showing mild respiratory symptoms, including sneezing, runny nose, slight lethargy and coughing,” said a press release issued by park officials, adding that “the animals are expected to fully recover.”
The statement added, without specifying how many otters were affected, “to health experts and animal care teams
They take care of them away from the visitors’ eyes. “
Tonya Klaus, vice president of animal health and environment for the Georgia Aquarium, said the otters were under “very close monitoring” and had only mild symptoms.
“We expect all of them to recover fully,” she added.
The management of the aquarium in the park believes that the otters were infected by an employee who did not show symptoms, as the animals do not have any direct contact with the visitors.

Discovered the protein that causes cold in the teeth