Óscar Mingueza: “I took off the label as a weak center-back” 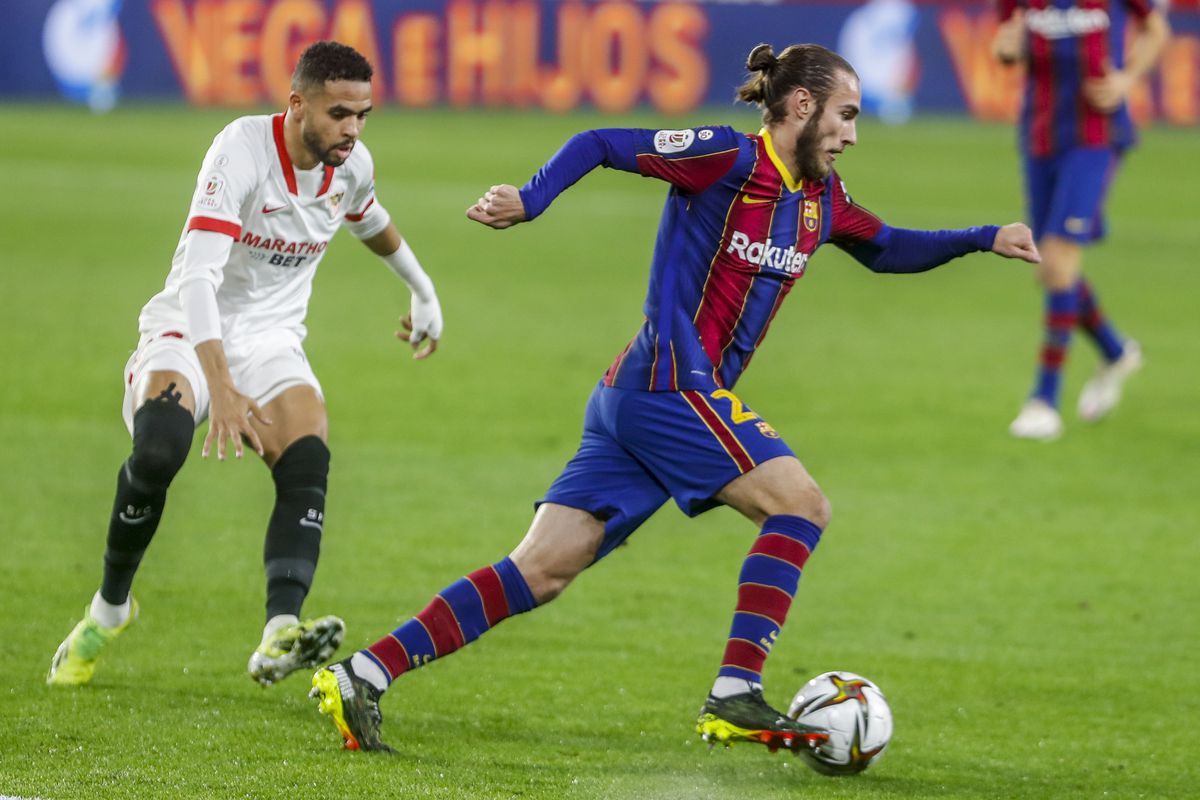 Óscar Mingueza (Santa Perpètua de Mogoda, Barcelona; 21 years old) arrived at Barça in 2007 to join Benjamin B. He climbed, without making too much noise, through all the lower categories until he debuted with the first team last November against Dinamo Kiev . His destiny, however, did not seem to be at the Camp Nou. “Two years ago, they left me without calling several games. My mentality at the time was very bad. I thought: “If I don’t play, why am I going to work hard …”, he says. From a substitute in the subsidiary to playing 31 games with Lionel Messi.

Answer. My mentality, since last year I started working with a physical trainer and with a psychologist, all consented to by the club. I also started to analyze my games. And, when due to the injuries of teammates, I started to play a lot and in important games, I realized that I was prepared.

P. For the first team?

R. I didn’t even think about the first team. He was focused on Barcelona B to have a good year and try to find a way out at the end of the course. That was my goal, to get to play in a Second. But everything has turned out differently and now the objectives are different …

P. Is it hard to believe?

R. I have believed it since I was little because otherwise I would not have made all the effort that I did. But it is a dream to be here, with the best. It’s a privilege.

R. You already know how football is going. If you do not take advantage of the opportunities, you cannot access these privileges. You have to be physically and mentally prepared to show that you can deliver and do well. The train doesn’t pass twice and it was clear to me that if I got there, I would give it my all.

P. Can you explain the conversation in which Koeman told you he was going up to the first team?

R. I had talked to him about my position on the field. When he was still with the subsidiary, after the game against Nàstic [en la pretemporada]He asked me where I was more comfortable and I told him that I was on the right back. The first time I went up for training, we played a game mixed with the first team and I thought I was going back to the reserve team. But, at the end, they told me that I should do PCR with the first team. And I stayed.

P. That the coach is who he is and has been a defense, does it make it easier or more difficult for him?

R. More difficult. It demands more of you. But it is what a player wants and needs to improve. He gives me a lot of advice. Like when I started, since I made a lot of mistakes. And he has put into my head that it is good to go strong, but that you have to measure and know when it is better to hold on … Those things make you better.

P. Is it true that he told you that you had to go stronger to the crash?

R. No, they had told me that before. They insisted that I should improve my aggressiveness, go well on my head, go to the crash … Now, rather, they ask me to calm down.

P. Is this deficiency usually common in the centrals formed in the Barça quarry?

R. A bit. We are used to being relaxed, to ‘easy games’ even youth because you usually have the ball and they create few chances for you to score. Everything changes abruptly, especially at Barça B. I accused him and started badly. He had that weak center-back label and it was very difficult to change it. But I took it off. I knew it was not impossible and in the first team I proposed that they see that I am aggressive, that I go hard, that I do not get down and that I put my foot down. I have shown that it is something that is part of me and the rival can see and verify it.

P. Did you grow a beard and hair long to instill more respect in your rivals?

R. Nerd. It was something he was saying jokingly. The truth is that I always wanted to grow my hair long, but I never did it because the bangs bothered me. But with the quarantine I decided to give it a try and just the week before going back to training I got a ponytail. But hey, I don’t know if I’ll be more scared … I hope not my partner and family.

P. Is a generation emerging that can do something great at Barça?

R. The objective is to go back to what we experienced a few years ago and that has been disappearing. We have a very good dynamic, great attitude and youth mixed with veterans like Busquets, Messi and Alba, who give us the help we need to compete.

P. Is it scary to play with Messi?

R. At first I was trying to play very easy, do it well, that’s right. But I didn’t have the confidence that I have now. Before going up to the first team, I saw them as very high; now, I can talk to them, joke… They are partners.

P. How did the hazing happen?

R. They made me sing. I chose Two Days of the Flamenco Fund. But most of them surprised me because you saw them on TV and you knew they were playing machines, but then you meet them and they are great people. Like Marc Ter Stegen. He is seen as a serious man, but he is much of a joke.

P. Is it dizzying to play with 40 meters on your back?

R. For me those are the fun games, in which you have to run on your back, press up … For my game, which is fast, I do very well and also to jump to press. It is what I have lived and seen, and I am good at it. I knew that this game would suit me better than that of B, where you measure yourself against more physical players, teams looking for second plays …

P. Is First easier than Second B?

R. It’s not that it’s easier, but for my game it suits me better.

P. And is it easier to play with three centrals than with four?

P. He looks very comfortable also in the opposite field …

R. I like attacking much more than defending. I knew he had a good center, but when it came time to arrive, in the race, it was difficult for me to see where to put it, the back pass… Jordi Alba has helped me in this, I have talked a lot with him about what to do, how and when.

P. What Madrid is expected?

R. The best possible. But these are the games that we all want to play, the most beautiful, the most rivalrous. You know that you are going to measure yourself against Benzema, Modric, footballers who are among the best in the world. I really want to.

P. How did you handle that rivalry at the quarry?

R. Those days were the great game. But it was not as accentuated a rivalry as with Espanyol. More than anything because with them you were in the league, in any tournament, everywhere.

P. Are you going to renew?

R. I hope so. The club has the option and I will not put problems.

P. And if they win a title, do they have promises to keep?

R. Hair is not touched!