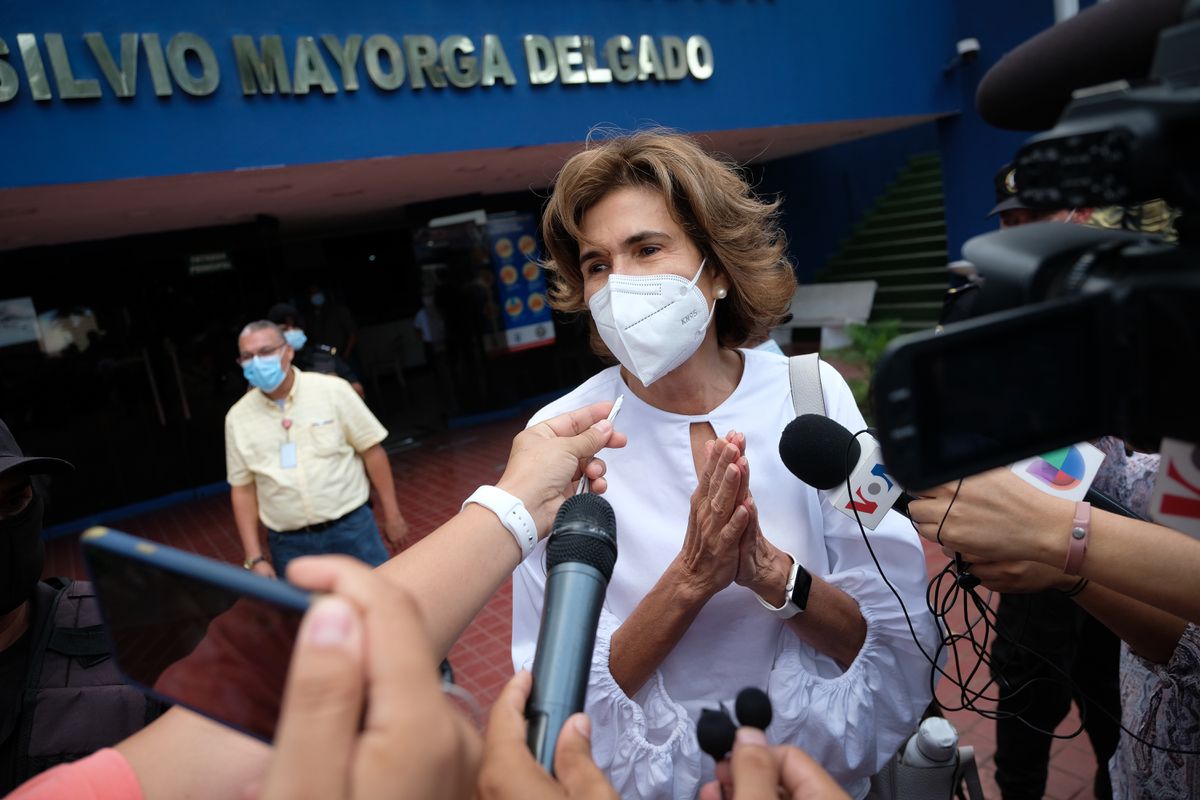 Almost three months after the Prosecutor’s Office of the government of Daniel Ortega and Rosario Murillo charged the presidential candidate Cristiana Chamorro for the alleged crime of money laundering, the accusation against her was extended against her brothers Carlos Fernando and Pedro Joaquín Chamorro Barrios in the afternoon. of this Tuesday. Former employees of the defunct Violeta Barrios de Chamorro Foundation were also accused of “money laundering, ideological falsehood and abusive management, appropriation and improper retention”, in a new turn of this criminal process plagued with legal irregularities, according to lawyers.

The inclusion in the indictment of Carlos Fernando, the prestigious journalist who went into exile in Costa Rica last June, is not surprising, after the Sandinista regime pointed out that he was laundering money in an official statement sent to the diplomatic corps accredited in Managua and the police raided his home. However, on repeated occasions the director of the media Confidential He reiterated that he had no relationship whatsoever with the foundation that his sister ran.

He also had no relations with the Pedro Joaquín Foundation, the eldest of the sons of former President Violeta Barrios de Chamorro, who was arrested 60 days ago for the alleged crime of “treason.” That is, a judicial process with political overtones that had nothing to do with the case against Cristiana, the presidential candidate who generated the most sympathy to face the Ortega-Murillos at the polls next November.

But now the Chamorro Barrios brothers have been included in the case against Cristiana, who remains in house arrest under strict isolation. According to the Public Ministry, the hearing for expansion and accusation was held this Tuesday, but Cristiana Chamorro’s lawyers were not notified. In other words, it was carried out in total secrecy, a trend that has prevailed in this case. Until now, the defense attorney of the presidential candidate has been excluded from the process, and they have not allowed her to see her client, in a violation of Article 34 of the Political Constitution of Nicaragua, which establishes that “every person in a process has right, under equal conditions to due process and effective judicial protection ”.

The former workers of the Violeta Barrios Foundation accused were Walter Gómez and Marcos Fletes (arrested 90 days ago), Loúrdes Arróliga, Guillermo Medrano, Emma Marina López and Pedro Vásquez Cortedano, Cristiana Chamorro’s driver, “for being necessary cooperators in the crime of money laundering. of money”. Ana Elisa Martínez Silva was also implicated, for “appropriation and improper retention; abusive management; and for being a necessary cooperator in the crime of money, property and asset laundering ”.

At the legal level, the case of Cristiana Chamorro presents many inconsistencies, according to Yader Morazán, an exiled lawyer and former employee of the Nicaraguan justice system. One of the biggest inconsistencies is that the lawyer for the presidential candidate, Orietta Benavides, has not had access to the file or to know more details of the accusation, despite the fact that she has presented around 20 application briefs.

1/6 It was to be expected that they would do what they technically should have done from the beginning (unify the processes). However, the timer for the maximum duration of the process #ChristianChristian It is activated from its first hearing, so the others must join👇 pic.twitter.com/M9XihkqMiR

“In the case of Cristiana Chamorro, there is a denial of justice and malicious delay, both in violation of articles 464 and 465 of the Nicaraguan Penal Code. At the same time, it implies a lack of article 130 due to an obstacle to the assistance of the lawyer or the rights of the accused, accused or sentenced ”, explained the jurist.

Persecution against the Chamorro family

Until now, the Prosecutor’s Office has not presented any evidence of the crimes attributed to the Chamorro Barrios, one of the most influential families in Nicaragua in terms of journalism and freedom of expression. In addition to the three brothers accused in this case of the Violeta Barrios Foundation, the persecution and prison of the Ortega-Murillo family has reached other members of the same family: Juan Sebastián Chamorro, presidential candidate, and Juan Lorenzo Holman Chamorro, general director of The Press, the main newspaper in the country that was raided and closed last Friday, June 13, after the management denounced a new customs embargo on paper and ink.

The persecution against the Chamorro family materialized in a context in which the Ortega-Murillos liquidated the November general elections with a repressive escalation that added 37 prisoners to opposition, including all the presidential candidates who could counterbalance the Sandinista presidential formula. that is to say, the presidential couple that intends to perpetuate themselves in power through elections without transparency and competitiveness.

Faced with the unanimous international rejection of the repression and the electoral closure, which has implied sanctions, the Ortega-Murillo government tries to support its position that they were “victims of a coup d’état”, “financed with money from the United States”, with this case of alleged money laundering, according to opponents who gave their opinion for this article on condition of anonymity for fear of being arrested or declared “traitors to the homeland.” “It is a mounted case, like that of the other political prisoners. It is the legal mockery, a very bad one, of the dictators to justify the implantation of a one-party regime and their permanence in power, ”said a former deputy.