Oriol Mohedano, the Spaniard who leads the Cambodian league 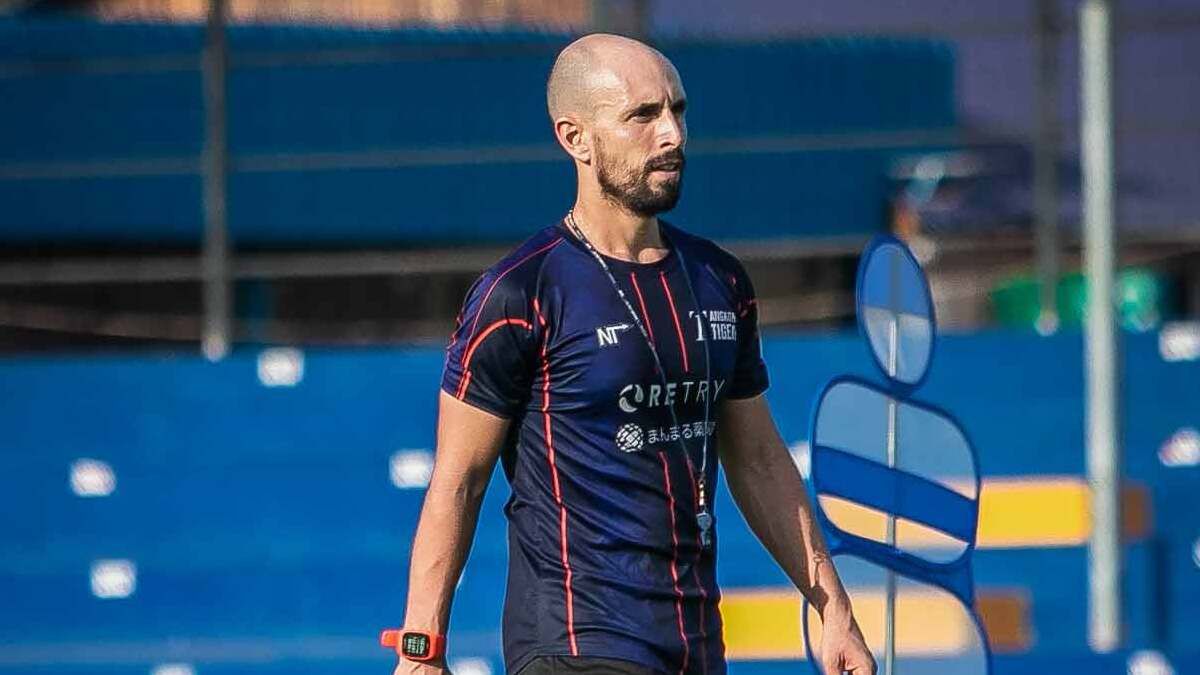 “I have not traveled in Spain, but abroad my work has always been valued very well,” accepts one of the many Spanish coaches who have been forced to pack their bags to escape the ghost of unemployment. In 2014, the train of Oriole Mohedano (Tarragona, 1986) left for Switzerland, although it is in Cambodia where he has settled as a technician. With just 35 years of age, the Spaniard is immersed in his fourth season on the bench of the Angkor Tiger, a modest club that links six consecutive victories and, against all odds, occupies the leadership of the C-League (Cambodian First Division). “There is still a long way to go, but I am happy with how we have started the season. We are not an award-winning club and we do not have pressure to win, but we try to improve every year. We are going to fight”, predicts a Mohedano whose time in Cambodia is has passed “flying”.

“I have had a lot of work to do, but I do not have the feeling of being burned. I am aware that at some point there will be a change of scene. I hope I can return to Europe or even to Spain, although I have the ambition to continue knowing countries. I know that outside there are many options and it is necessary to give a lot of value to that, “he reflects when asked if one year in Cambodia is not equal to five in Spain. “Here you must arrive being aware of how much there is to do. There is no football culture, they do not have a tactical path, nor experience … It’s not that its methods are obsolete, it’s that they still have to be built“, adds Oriol Mohedano before discovering that in Southeast Asia” there is stubbornness and ambition to do things very well “:” The C-League is constantly evolving. Foreigners are getting better and better and that makes the locals develop. The weaker teams complicate things more. The difference is narrowing and that is very positive. “

“In Cambodia, what is most valued is a bicycle or a tunnel”

Despite the more than 10,000 kilometers that separate Spain and Cambodia, in the Asian country they also speak of the ‘tiqui-taca’. “It’s a style that interests them a lot, but they don’t demand it. They know it takes time”, reveals Oriol Mohedano. Angkor Tiger, like other C-League clubs, is in the hands of Japanese investors, who are characterized by their patience when managing projects. And that is something that Mohedano appreciates: “They know that things cannot be overnight. I am very happy because things are being done very well.” The Spanish emphasizes that, in Cambodia, “a bicycle or a tunnel is valued more than the good disposition of the team on the field“.” The matches are very open and full of inaccuracies. The president wants results and fans fun. It is something that I have to control, because what I am looking for is to win, but with criteria “, adds Oriol Mohedano who has encountered footballers who are older than him:” I take advantage of it to be closer “.

Despite the Delta variant threatens to destroy all the achievements of the Asian continent in controlling the Covid-19 pandemic, the C-League resists the blows and, after almost a month and a half of hiatus, Angkor Tiger returned to the competition registering two important victories against Svay Rieng (1-2) and Electricite Du Cambodge (3-1). Those of Oriol Mohedano they still do not know defeat and they continue to occupy a leadership that the Spanish coach savors walking through the now orphan of tourists temple of Angkor Wat, considered the largest religious structure ever built and one of the most important archaeological treasures in the world. “It is four kilometers from home. It is a great environment to go for a walk,” boasts a Mohedano delighted with the change of headquarters that Angkor Tiger FC carried out in 2018. “Now we are in Siem Riep, but before our headquarters was the capital, Nom Pen. That was chaotic “, sentence exulting.