Orange fans in stadium: ‘We will hang the rainbow flag soon’ | Orange 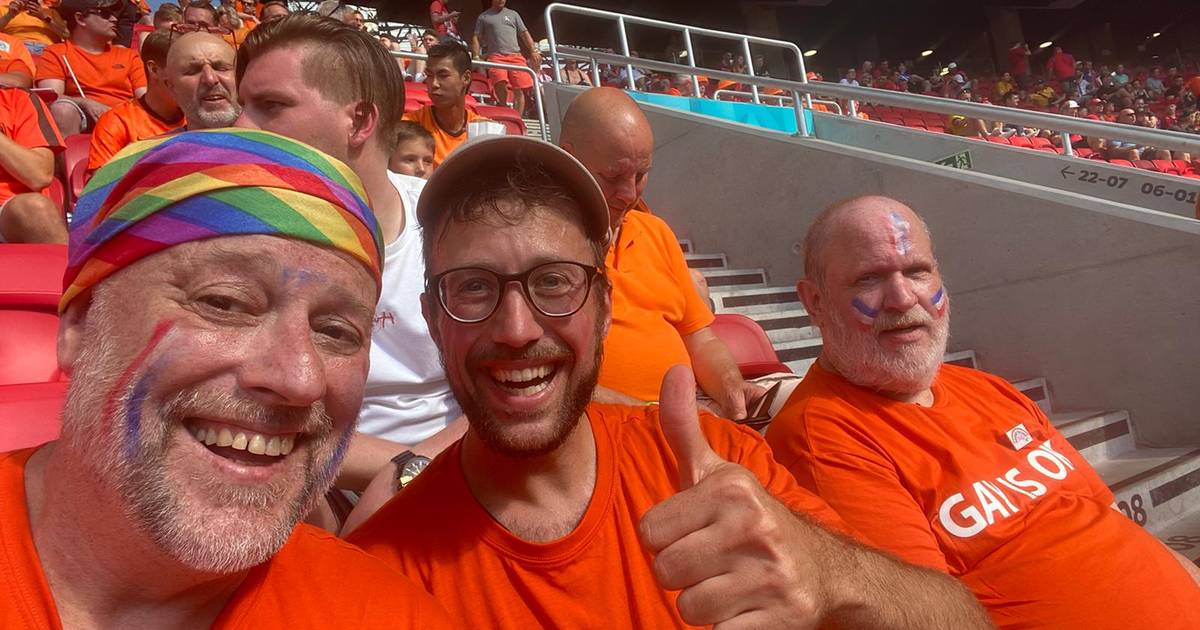 They are in the Puskás Aréna in Budapest, a group of Orange supporters from The Hague. With two rainbow flags. One to hang later, one to throw on the field after the game. “We want to make a statement for the Hungarians who don’t have a free choice.”

They wear rainbow colored headbands and wristbands, carry two rainbow flags and wear orange shirts that read ‘gay is ok’. Martin van der Ark, Tamino Parren and Maron Pots entered the Puskás Arena in Budapest without any problems. “There is even someone who is wearing a whole rainbow suit,” says Maron.

They are of course there for Orange. But they are also there to make a statement against the anti-gay laws in Hungary. The men are from Roze Règâhs, the LGBTI supporters’ association of football club ADO Den Haag.

At the Orange fan zone in Budapest, supporters were intimidated by Hungarian security guards and agents. Maron: ,,We were not treated too nicely by Hungarians in government service and even slightly threatened. We have often been warned that we did not enter with that flag. Some had to hand in the flag at the entrance. We had to put the flags in our backpacks or else we would be arrested. We did, because we are guests here. In the fan zone we have handed out a lot of flags to Czechs, Hungarians and Dutch.”

The two rainbow flags did go – visibly – to the stadium. The friends made an appointment beforehand, says Maron. ,,If our flags were refused in the stadium, Martin and I would not go in. As a statement because Hungarian LGBT people in this country have no free choice.”

To their surprise, they were allowed to walk everywhere with the flags. ,,That was exciting until the last moment, but it worked out.”

Now they are in the arena just before kick-off. When the match starts, one rainbow flag is hung in the stadium. “Then we’ll see what the security guards do. We want to throw the other flag on the field after the game.”

Watch our videos about the European Championship here: