Opposition party that won the 2015 elections is rehabilitated in Venezuela 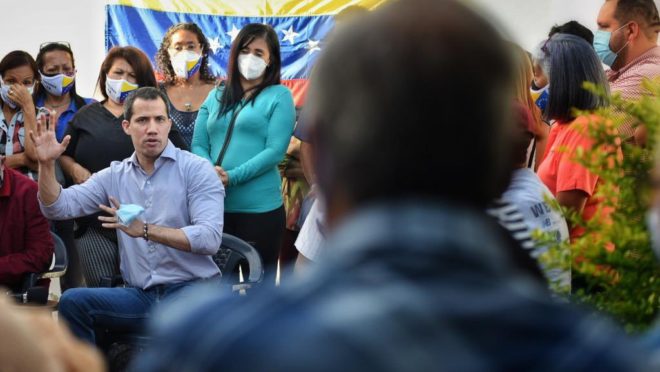 The Democratic Unity Table, the most voted opposition party in Venezuela’s recent history, was rehabilitated by the CNE (National Electoral Council) and will be able to participate in municipal and state elections scheduled for November 21 this year. The news is good, but when it comes to Chavismo, all decisions must be viewed with suspicion.

The coalition that won Venezuela’s legislative elections in 2015 brought together the main opposition parties at the time: Acción Democrática (party of Henry Ramos Allup), Primero Justicia (party of Julio Borges), Voluntad Popular (party of Juan Guaidó and Leopoldo López) and Un Nuevo Tiempo, among other opposing legends such as Vente Venezuela, by Maria Corina Machado. However, the MUD was disqualified by the Chavista Supreme Court of Justice – for going against the prohibition of “double militancy”, meaning that it was not a party but a coalition – and was later canceled by the CNE. That year, the MUD was dissolved and the opposition decided not to participate in the presidential elections, considering them fraudulent. Now, the CNE has returned the caption to Secretary General José Luis Cartaya.

“Today, we unanimously approved a total of 20 new denominations of politically-oriented organizations that will go into effect to participate in the next elections on November 21,” said Pedro Calzadilla, president of the CNE, a newly reformed but still-reform body. has a majority chavista. He also said that about 106 political organizations will participate in the election.

“I hope that this rehabilitation of the MUD works as a kind of stimulus for the Venezuelan opposition to reconstitute an alliance that resembles the one it won in 2015. And this is not just about acronyms, it is a question of what are the functional characteristics of this alliance . The 2015 alliance had a shared democratic strategy, a common spokesperson and collective leadership; these three things the opposition hasn’t had since October 2016,” said Jesus Torrealba, who was part of the MUD between 2015 and 2017, to the Venezuelan newspaper Cocuyo effect.

Analysts point out that a union like the one that took place in 2015 is difficult to replicate because there are sectors of the opposition, such as the movement led by Maria Corina Machado, who do not agree with a negotiated transition of power with the regime due to distrust – with good reason – in relation to Nicolas Maduro. However, there is a possibility of understanding between some important leaders such as Guaidó and Henrique Capriles.

The union of democratic forces within the country is considered fundamental, taking into account the limited options for articulating the opposition in a Venezuela where institutions were totally dominated by Chavismo.

What would Maduro gain from making this concession? In the current process of dialogue between the regime and the opposition – the sixth since Chavismo took power in Venezuela –, the dictator is trying to give small signs that he is willing to give in to bargain for relief from international sanctions against the country. However, William Clavijo, representative of the Venezuelan embassy in Rio de Janeiro and a member of the Voluntad Popular, warns: “No concession made so far comes close to threatening their control over Venezuelan institutions.”

The new composition of the CNE is an example. In May, Chavismo allowed two names nominated by the opposition to join the body, but even so, the other three members have strong links with the dictatorship. In other words, control over the CNE remains. The news also caused friction between sectors of the opposition, which split between skeptics and those who celebrated the decision as an advance in the process of redemocratizing Venezuelan institutions.

Venezuelan political analyst Piero Trepiccione, coordinator of the Gumilla research center, believes that the rehabilitation of the MUD could also be included in the regime’s list of actions aimed at dividing the opposition. “Mature seeks to divide as much as he can the diverse world of opposition. His strategy is crystal clear,” he wrote on Twitter. “The rehabilitation of the extinct MUD legend is a clear example of this. The MUD as such does not exist and a potential dispute over it is now open,” he continued.

On the other hand, Trepiccione believes that opportunities for unity between the opposition still exist, with the possibility that new leaders will emerge in the process. “Mature clearly aspires to maintain control and give up some spaces in exchange for expanding its financial margin with fewer sanctions. The opposition, which also aspires to power, must understand what it can achieve and how far. And knowing how to reorient the focus to concentrate forces”.