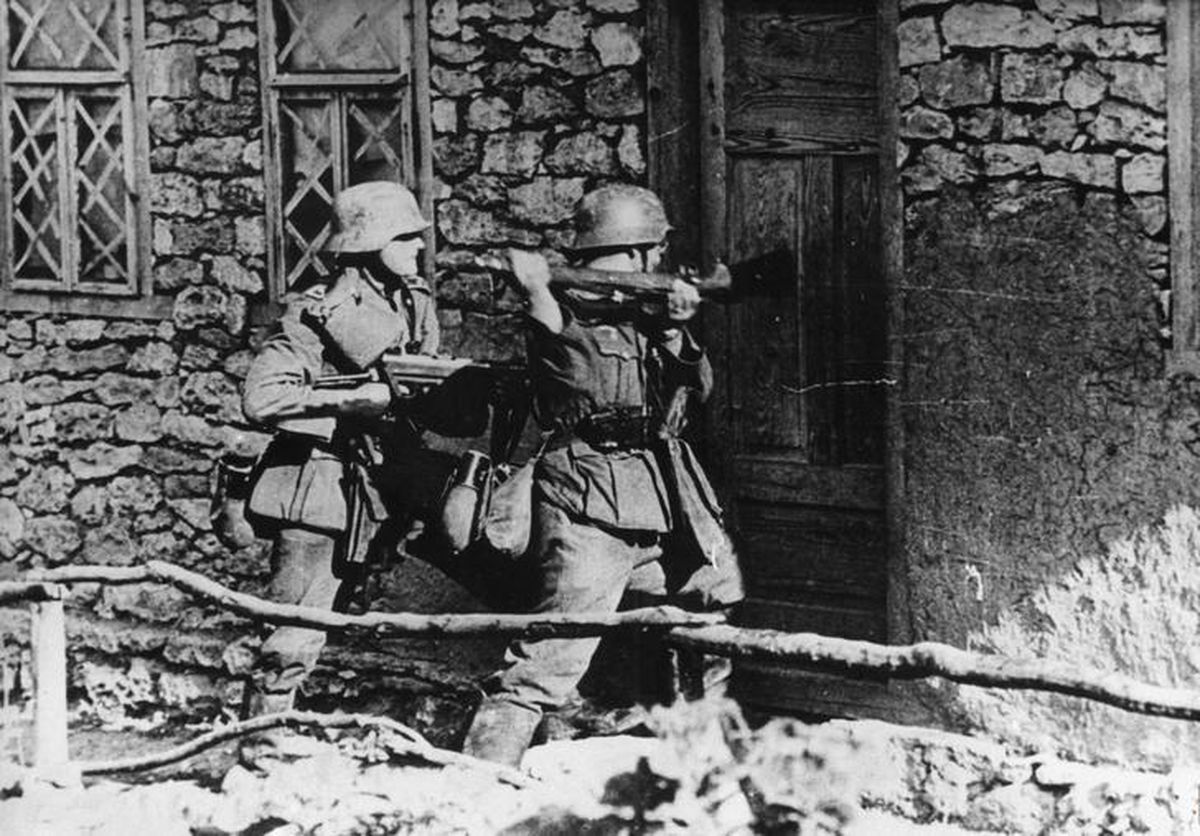 The day Hitler ordered German troops to invade the USSR, in the early morning of June 22, 1941, 80 years ago, he lost World War II. Operation Barbarossa, as that invasion was christened in homage to Emperor Frederick I, made the defeat of Nazism inevitable, although it also brought the war to a hitherto unknown level of savagery: the objective of the Third Reich was not to defeat its enemies, but exterminate them. The remaining four years of conflict are among the bloodiest in history, not only on the front lines, but also in the rear because it was then that the systematic murder of European Jews began.

In his racial delusion, the Nazi dictator Adolf Hitler thought that a country he considered populated by Untermenschen (subhumans) would be subjugated in a matter of weeks, as had happened with Poland, France or the Netherlands. The Soviet dictator Josef Stalin, distrustful and ruthless mass murderer, blindly believed – against proven information available to him – that Germany would not break the non-aggression pact that it had signed two years earlier. His Army, decimated during the great purges, was completely unprepared. The cost in lives of this error is impossible to measure; but Hitler did not know how to calculate neither the immensity of the Soviet space, nor its industrial production capacity, nor the hundreds of thousands of refresher soldiers sent to fight from the confines of the USSR.

British military historian Antony Beevor, one of the great experts on the conflict, author of works such as Stalingrad or Berlin The fall, he responds with “almost certainly” when asked whether the invasion sealed Germany’s fate. “This was because Hitler did not learn the lessons not only from Napoleon’s defeat in 1812, but especially from the Sino-Japanese war from 1937, despite the fact that Chiang Kai Shek had German advisers,” Beevor explains. email. “If a defending Army, however poorly armed and trained it may be, has a huge land mass to retreat to, then the attacker, however well trained or well armed, will lose all his advantages. Hitler’s only hope of victory was to turn the invasion of the Soviet Union into another civil war by raising an army of one million Ukrainians and other anti-Soviets, as he was urged to do, but he refused to put the Untermenschen Slavs in German uniforms by principle ”.

British historian Jonathan Dimbleby’s latest book, published in April, makes this clear from the title: Barbarossa. How Hitler lose the war (Barbarossa. How Hitler lost the war). “Hitler’s invasion of the Soviet Union was the largest, bloodiest, and most barbaric military undertaking in history,” Dimbleby writes. “By the time his Armies reached the gates of Moscow, in less than six months, any prospect Hitler might have had of realizing his delusional vision of a Thousand Year Reich had already vanished.”

All the figures surrounding Operation Barbarossa are shocking: at 3.15am Berlin time, the German Army opened a 2,600-kilometer front, with the collaboration of its Italian and Romanian allies. A total of three million soldiers (148 divisions, 80% of the German Army) participated in an offensive supported by 600,000 horses and 600,000 vehicles. “It should not be forgotten that the German invasion was basically a horse-dependent operation,” explains American historian Peter Fritzsche, professor emeritus at the University of Illinois and author of reference works such as Life and death in the Third Reich. When the Russian weather hit the invading Army, reliance on horses proved crucial.

The advance was fast and ruthless – Beevor tells in his book The Second World War that a cavalry unit was proud to have killed 200 enemy soldiers in combat and 13,788 civilians in the rear – but as the summer progressed, resistance became more and more intense at the front and guerrilla attacks multiplied behind the lines. Nazi brutality unleashed a patriotic reaction, but also a desperate struggle for survival. Three million Soviet prisoners of war died at the hands of the Nazis, of whom two million died in 1941, most of them starving. Faced with that prospect, added to the omnipresent political commissars in the Red Army, fighting was almost the only way to have a chance, however small, of getting out alive.

In autumn, the German supply lines began to collapse with tens of thousands of soldiers, their horses and their vehicles trapped in the mud. The general winter The Russian army disabled some of the German weaponry, while the soldiers did not have adequate clothing for Siberian temperatures: as Hitler thought that the offensive would be a matter of weeks, he had not provided special cold equipment that the Soviet soldiers did have. The failure in the taking of Moscow meant a point of no return in the offensive and in the war.

Although Nazi troops had already launched units dedicated exclusively to the murder of civilians, with Operation Barbarossa the extermination of European Jews entered a new phase. Peter Fritzsche explains that “the advance of the offensive was immediately accompanied by murderous attacks on Jewish communities, including horrible pogroms that the Germans tried to instigate using the local population.” “Historians disagree on when the Holocaust was conceived as a final solution involving large-scale murder,” continues Fritzsche. “Possibly it was in the summer of 1941, in this spirit of euphoria unleashed by the offensive. On July 31, 1941, the explicit order to destroy Jewish communities, including women and children, was spread ”.

Four units of Einsatzgruppen – death squads – were deployed behind the lines to carry out these mass killings. However, there is now a consensus among Shoah historians that these mass killings could not have been carried out without the active complicity of the regular German Army and local collaborators. “Operation Barbarossa represented a turning point,” wrote Yona Kobo, researcher at Yad Vashem and curator of the virtual exhibition The Onset of Mass Murder on the civilian victims of the invasion, which can currently be seen on the website of the Jerusalem Holocaust Museum. “Until then, anti-Semitic measures consisted mainly of putting Jews in ghettos and concentration camps, but the invasion brought with it mass murder and then deportation to death camps. First they murdered the men and soon all the women, children and babies ”.

By Christmas 1941 a million Jews had been murdered, the majority in the USSR. In 1942 the gas chambers began to function. “It is a grotesque irony,” writes Jonathan Dimbleby, “that the most unspeakable crime of the 20th century was the only element of the Führer’s apocalyptic vision for the Third Reich that, until the last months of the war, was not unduly hampered by defeat on the battlefield ”.