Onishchenko urged to abandon plastic bottles for water and beer 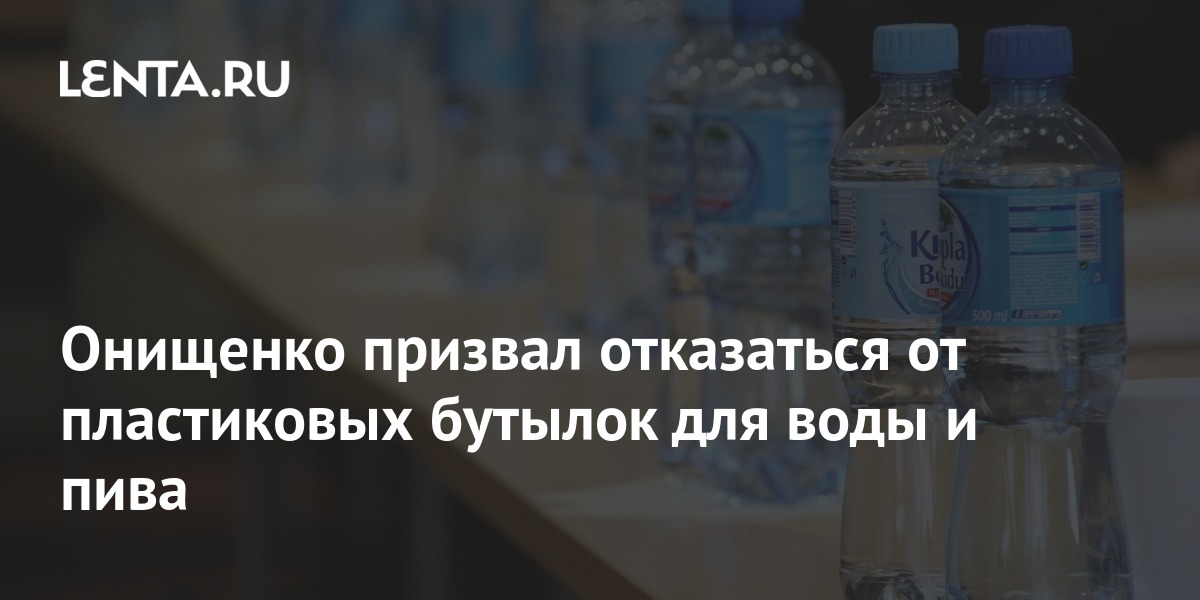 The first deputy chairman of the State Duma Committee on Education and Science, the former chief sanitary doctor of Russia, Gennady Onishchenko, said that the country should abandon the production and use of plastic bottles for water and beer, reports TASS…

Onishchenko urged to organize a discussion in which plastic manufacturers will take part. In his opinion, it is necessary to gradually abandon large volumes of containers and completely ban plastic dishes for drinking water, beer and other drinks. The deputy noted that it is the bottles for water and beer that make up the majority of this production. “This has been necessary for a long time, and not only for water,” he stressed.

Onishchenko also said that there is a “huge plastic lobby” in Russia, complaining that he had several times put forward an initiative to ban plastic containers for drinks, but they were rejected because of the low price of such packaging.

Earlier, the Russian government proposed to ban plastic dishes and straws. The initiative was put forward by Deputy Prime Minister Victoria Abramchenko, who declared the need for waste processing with the extraction of secondary material resources and the transition to separate collection of municipal solid waste (MSW).