Hundreds of Afghans try to prevent the takeoff of a US military plane at Kabul airport, a year ago. / CE

“Dear mother! Pray for me and leave everything in the hands of God, this is a great opportunity”, those were the last words that Zaki Anwari, the great hope of Afghan football, said to his mother in the call he made a year ago from the track from Kabul airport. At 17 years old, he had excelled in all the lower categories of the Afghan national soccer team and was about to make the leap to the senior team. He played center forward, normally wore the number 10 on his back and was called the ‘Afghan Messi’.

Fifteen minutes later Zaki’s phone rang again and this time his sister answered. An unknown voice on the other end asked him to send an ambulance to take away his mortal remains. No one in the house could believe it. It was fucking August 15 last year.

The Taliban have declared today a national holiday, the first anniversary of their return to power. A year ago, President Ashraf Ghani left Kabul on his private plane, leaving behind a capital in the hands of Islamists and with tens of thousands of people desperate to escape.

The United States evacuated its embassy and lowered its flag after two decades. There was no siege or fighting. The Taliban entered without having to fire a single bullet. It was a triumphal ride that came after two weeks in which they had managed to control all the provinces of the country. Afghan forces trained and financed by the United States and its Western allies offered little resistance and the legendary mujahideen of the Northern Alliance, who had been key in the defeat of the Taliban in 2001, fled the country.

Kabul’s international airport became the symbol of national outrage and thousands of Afghans flocked in search of a plane to save them from the Emirate. The luckiest were able to get on the aircraft arranged by the different foreign countries to evacuate those who had collaborated with them for two decades and who now feared Taliban retaliation. They were only a part, the vast majority stayed on land and a year later the desperation persists to get a passport and leave a country in which the international vacuum for the Taliban has brought the freezing of aid and a crisis that leaves more 90% of Afghans are food insecure and millions of children are acutely malnourished. The poverty inherited by the Taliban from the hands of previous corrupt governments is now misery and Afghans live from day to day, wondering whether or not they will have a few Afghanis – the country’s currency – to eat.

For a moving plane

The iconic image of those chaotic moments of the international withdrawal was captured by the same people who were on the track with their mobile phones. Hundreds of people of all ages were running down the tarmac to board a moving US C17 transport plane. They ran and ran to grab onto any part of the huge gray craft and get as far away from the Taliban as possible. Some were crushed by the wheels of the aircraft that was already moving down the runway to start takeoff. Those who managed to get on it soon fell into the void a few minutes later. Zaki Anwari, 17, was one of them.

A year has passed since the tragedy and Mohamed Zakir has not forgotten his little brother. He remembers that at that time he was the only man in the house and he had to go to the airport to check whether the tragedy they had just been told by phone was true or not. “The city was empty. The taxis charged 1,200 Afghanis (13 euros) for a journey that costs 100 (one euro) and shouted that they could take you to the United States and Canada. When I got to the door I saw that there were all kinds of people there, with documentation and without it. It was a chaos of people willing to travel, even if it cost them their lives. There were Taliban, Afghan and American special forces and everyone was shooting, especially if someone tried to cross the road, the lives of all those people meant nothing to them, “Zakir recalls very excited.

He speaks from his stomach, with teary eyes, but not a tear falls. Videos of the Afghans running alongside the C17 and then falling from the heights shortly after the device took off went viral on social networks. “I was asking everyone around me if anyone had seen my brother. He was a known person. At the back of the terminal was a van with several bodies shot in the head and chest, but Zaki was not among them. Next to the vehicle there was a person who had photographs of other dead people and he showed them to me until I saw him. It was him. His skull was crushed and barely recognizable, but I knew right away that hair was his. I fainted. I still have nightmares with that image.

That same day, the morgue of the central hospital in Kabul received 18 bodies arriving from the airport.

Zaki’s grave is in a humble cemetery in the Qaalai Waahed neighborhood of Kabul, where the family comes from. Every two days someone from the house passes by “because it is something that comforts us, the emptiness that it has left us is enormous. At first we received many calls, even a person close to FIFA asked us to send him our documents to be evacuated, but he never contacted us again. Now no one from FIFA responds even to our messages », laments Zakir as he pours water on the two stones that identify the place where his brother rests.

That oblivion felt by the Anwari family is felt by millions of Afghans, who for two decades lived under the fiction raised by the United States and its allies only to later come face to face with the reality of the Emirate.

Zaki represented a whole generation of young Afghans born after the 2001 invasion, full of hopes and plans for the future on and off the soccer field. “If something symbolizes the death of my brother, it is the hatred and fear of the Afghans to live under the Taliban, that desperation was the engine that caused his accident”, thinks Zakir.

A hatred that pushed the young promise of Afghan football not to fear even a C17 plane on the move. Zakir prays and looks at the sky with all his might. 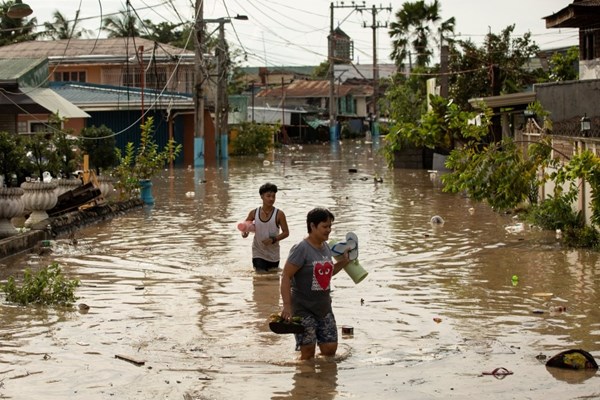