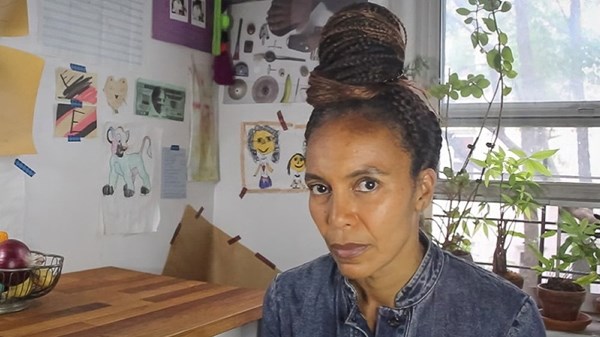 Abu Dhabi (Al Ittihad) – The Arts Center at New York University Abu Dhabi has revealed that it will host the first show of the “Theater for One Person: Here We R” event in the Middle East on April 7-11, via the Internet, combining an innovative digital theater experience that has been praised by critics in New York. In Chicago this year, one actor with one member of the audience to attend one of five short plays inspired by the common experience that the world is currently going through.
The event was founded in 2010 by Christine Jones, a Tony and Olivier Award winning interior designer and associate member of the faculty of Tisch High School of Art in New York.
The digital platform developed for these performances began in the form of a mobile theater booth in public places, simulating the principle by using a specially designed device to allow actors to maintain visual contact with the audience while performing in their homes, to present unique artistic works of a personal nature that evoke the importance of feelings for individual performances via the Internet .
The organization of the “Theater for One Person: Here We R” event comes in response to the Covid-19 crisis that the world is currently going through, where the participating writers contributed to present works rich in promising ideas and perspectives, in conjunction with the centenary of ratification of the Nineteenth Amendment to the American Constitution, which It guarantees women’s constitutional right to vote and vote, and the establishment of the “Black Lives Matter” movement, the “WeCu Wat” movement, and other movements against racism and tyranny.
Kristen Jones, co-founder and artistic director of the event, said: “The One-Person Theater is designed to be a unique meeting place that allows actors and audience members to meet as strangers and develop an emotional bond through their shared experience. During our work to develop the digital format for the event, the Black Lives Matter movement and other movements inspired us to provide a platform for these voices and ideas in an atmosphere that reflects the significance of this unique moment in history.
On her part, Jenny Koons, Associate Art Director, said: “Millions of people around the world have missed social communication in their daily lives, and we find ourselves in these anxious and lonely times confined to our private spaces,” noting that “the plays performed by a group of the best artists The interactive in the United States, a way out of our private worlds and interaction and empathy with others, in addition to finding common methods to face these circumstances hand in hand ».
Bill Bragin, Executive Artistic Director at the Arts Center, said: “A one-person theater event comes in the best form in light of these times and the restrictions it imposed on public art spaces. The Arts Center has succeeded in shining a light on artists who use digital platforms to create human connections. Unique, as this digital theatrical experience that brings together one actor with one member of the audience ensures the reinforcement of emotional ties and the sublime values ​​of the theater », stressing that the project is gaining importance thanks to the participation of a high-level group of theater artists.

Movement restrictions Prime Minister Marin: The government is now assessing whether it is possible to give an alternative proposal to restrictions on movement

Formula 1 | Nikita Mazepin claimed to have never heard of any gentlemen’s agreements – a new topic came up on social media: mazespin