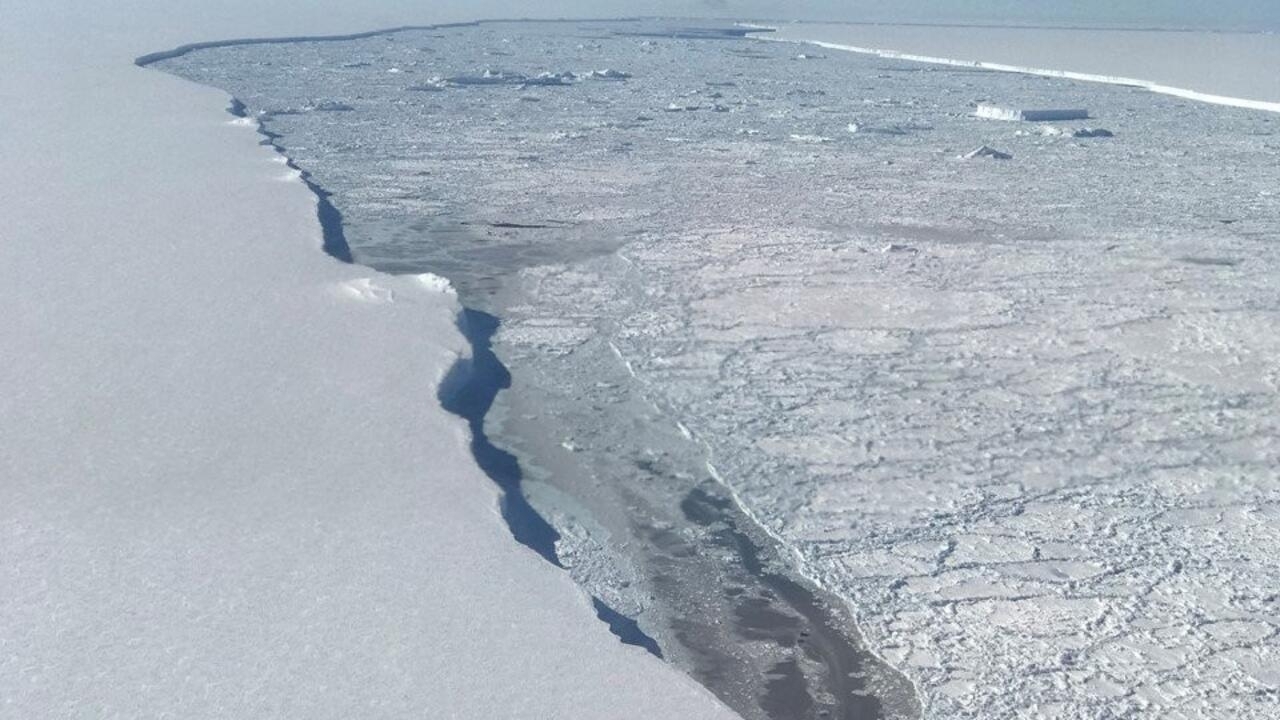 The A68 iceberg, as it was known, was shattered after it broke off in 2017 from Antarctica, in the southern hemisphere of the Earth. Several satellites tracked it during all this time adrift and, now that it practically no longer exists, they assure that it is not worth continuing to trace its route.

It was almost 6,000 square kilometers of ice. This measured iceberg A68, as it was christened when it broke off Antarctica in 2017. At that time, it became one of the largest icebergs on record by satellites. Until this weekend.

The great floating iceberg, which was part of the Larsen C ice shelf, one of many that makes up the Antarctic peninsula, aroused the curiosity of scientists. Many rushed to analyze the routes that the immense detached block could take.

At first, its movements were almost imperceptible, but little by little the strong waves and air currents destabilized the A68 and began to drag it out to sea in a northerly direction.

The billion-ton block moved across the South Atlantic into the British Overseas Territory of South Georgia. It is on this small island that many of the largest icebergs end up, as they become trapped and consequently are gradually condemned to die.

The A68 iceberg was fractured to disappear by warm water and high air temperatures. It was breaking apart in view of the satellites that tracked it during the more than three years that it drifted, remaining in smaller and smaller fragments. The task was not easy at times, due to the cloudiness of the area where he was.

“If you think about the thickness ratio, it’s like four sheets of A4 paper stacked on top of each other. So it was incredibly flexible and fragile as it moved around the ocean. It lasted for years like this. But eventually it broke into four or five pieces and then those too broke, ”Adrian Luckman, a researcher and teacher at the University of Swansea in Wales, told BBC News.

An iceberg four times the size of London

As the A68 iceberg, which is four times the size of a city like London, moved through the southernmost part of the planet, scientists assured that such a mass of ice could have unpredictable consequences for the islands in the southern hemisphere and for wildlife .

One of the biggest concerns was the possibility of the ice shelf colliding with the islands of South Georgia, since this place is the largest refuge for king penguins in the world and one of the largest ecological reserves on the planet and habitat for millions of Antarctic animals.

If it had crashed, the normal feeding routes for penguins, seals and other animals could have been blocked, and the problem would have been greater as they could not feed their young.

The discussion also reached social media, where people from all over the world followed the A68’s journey and shared satellite images online, especially as the frozen block approached the British Isles. But this is over.

With AFP and media

'Bootcamps' to find a technological job in six months