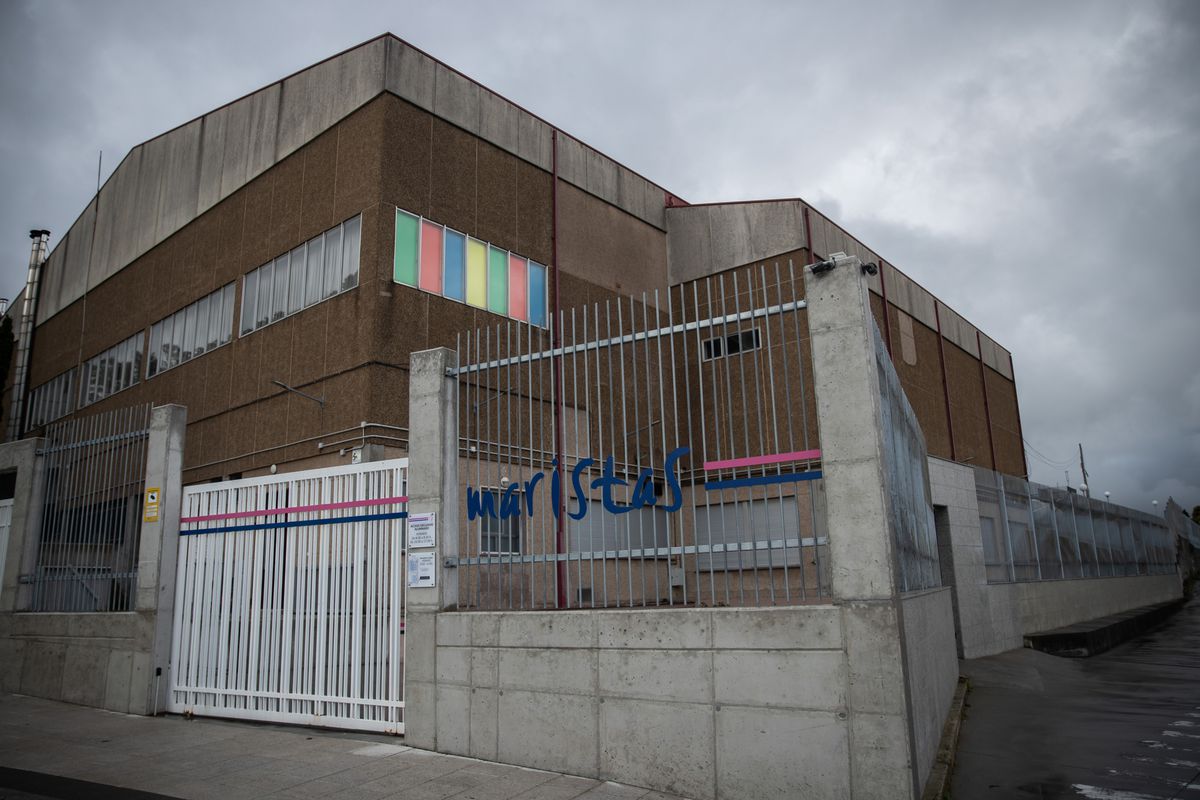 One of the four Marists accused of pedophilia at the El Pilar school in Vigo in the sixties, Brother Castañón, later passed through the center of the order in A Coruña, Cristo Rey, and there he continued with the abuses, according to the account. of a former student, Mercedes de la Iglesia Soriano, who has denounced him to the order by email. The order, which has apologized to those affected but so far has not given any information about the history of the accused and the schools they passed through, has also not wanted to confirm the presence of this religious in A Coruña. The Marists, who have opened an investigation based on the information from EL PAÍS, explain that as long as it remains open they prefer to remain silent. A former student of the Marists of Ourense assures that Castañón was also in this other Galician school at least between 1967 and 1969. This religious is the one who has received the most accusations in Vigo, they point out a total of five victims. All four defendants have died.

Pederasty in the Spanish Church

Mercedes de la Iglesia recalls that Castañón taught them in BUP at the Cristo Rey school in A Coruña between the late 1970s and early 1980s: “In our case, the touching was carried out in the exams and if the victim agreed, He had a good grade, because it told him the whole exam. I still remember with disgust that hand resting on my thigh and rising until I pushed it away, that the guy was in a hurry. For the girls, with their heads next to hers, one hand rubbed her hair and another hand encircled her shoulder and touched her chest, if they allowed themselves. I would not let myself go. I was very much mine and when he put his hand on my leg and did not move away when I rejected him, I got up to hit him and in the middle of the exam he ran to the other end of the class. But not all people have that genius. And between the bad grades he gave and the shyness, some of them had a really bad time ”.

In Galicia, the scandal of the Marists of Vigo has caused a great commotion, which has turned to chat rooms From former students: “A classmate has just told me how she would stand behind her and put her hands on her shoulders and lower them to her chest. She feels comforted by not knowing the only objective of that disgusting, she was like a magnet. Another remembers how he touched her ass going up the stairs. Another says that despite having been warned, he was trying to continue because he could not restrain himself ”.

In effect, this former student assures that she and other classmates then went to protest to her tutor, the English teacher: “But she didn’t believe us, she called us exaggerated and said it was a father’s love. That made me withdrawn and distrustful, I was a teenager then. And above all because nobody believed us, or they didn’t pay attention to us ”. De la Iglesia recalls “the desire to flee from that man” and that many boys and girls suffered it: “On one occasion he forced another colleague to stand up and demanded that he lower his pants with the excuse that he had inside a chop. The partner did not consent and received an expulsion and a zero. In general, if you didn’t consent, I would lower your grade ”.

In Vigo five testimonies accuse Brother Castañón. Also there he acted in the middle of the class: “He would reach out to all of us, sit you on his lap and put his hand in your pants, on your genitals, while you did the count. I was 10 years old, ”EF recalls. Others were taken to secluded places. A former student has related that Castañón took him with his brother to the laboratory and masturbated them both: “I remember his excited breathing.” This religious suddenly disappeared one day from the Vigo school. Rumor spread that he had been caught committing an abuse, and that even another religious, who appeared with a bandaged hand, had beaten him. It was said that he had been sent to León, although he then returned to the Vigo school after a few years.

The other three defendants in Vigo are the director of the center between 1964 and 1969, Agustín Antón del Cueto, who had the religious name of brother Pablo and was nicknamed the match (because he had white hair and with a black cassock he looked like the matches of that time); brother Luis, called the Chosco (one-eyed, in Galician); and Brother Miguel, well known in the city because he was one of the founders, in 1969, of the historic Club Vigo volleyball team. All have died, according to information from the congregation.

The case of the Marists of Vigo brings the total of those known to the Church in Spain to 316, with 825 victims, according to the accounting kept by EL PAÍS, in the absence of official data.

If you know of any case of sexual abuse that has not seen the light of day, write us with your complaint to abuses@elpais.es